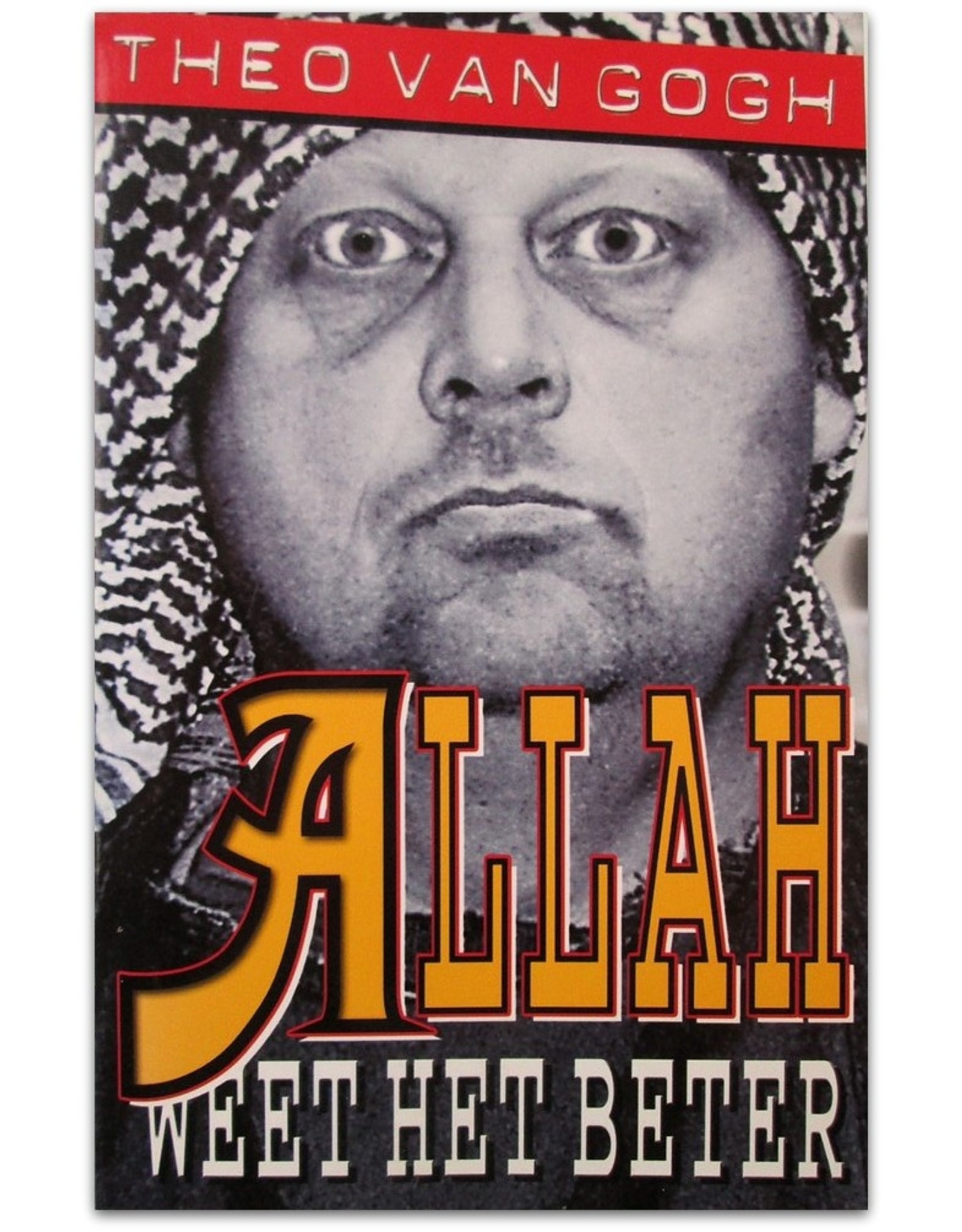 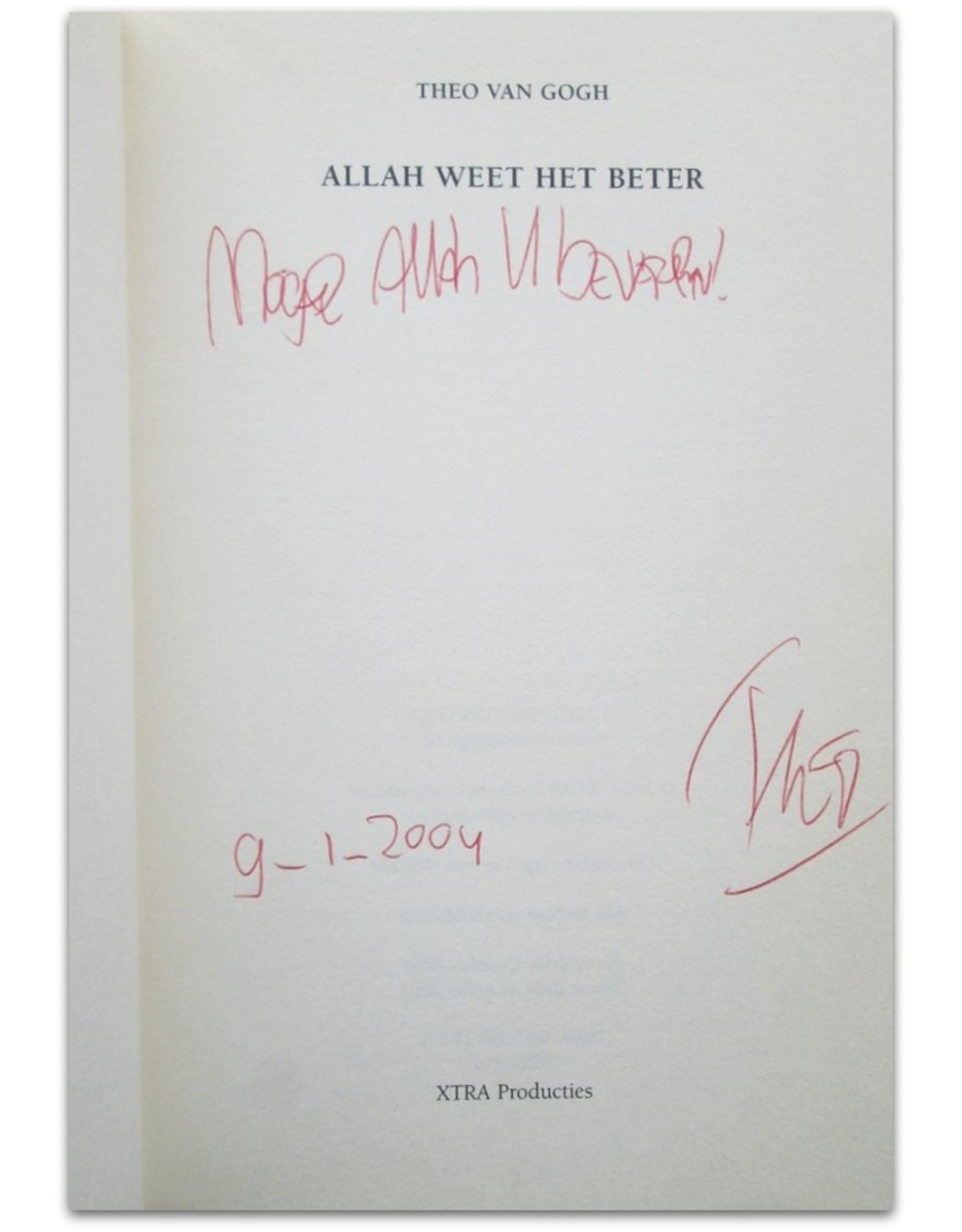 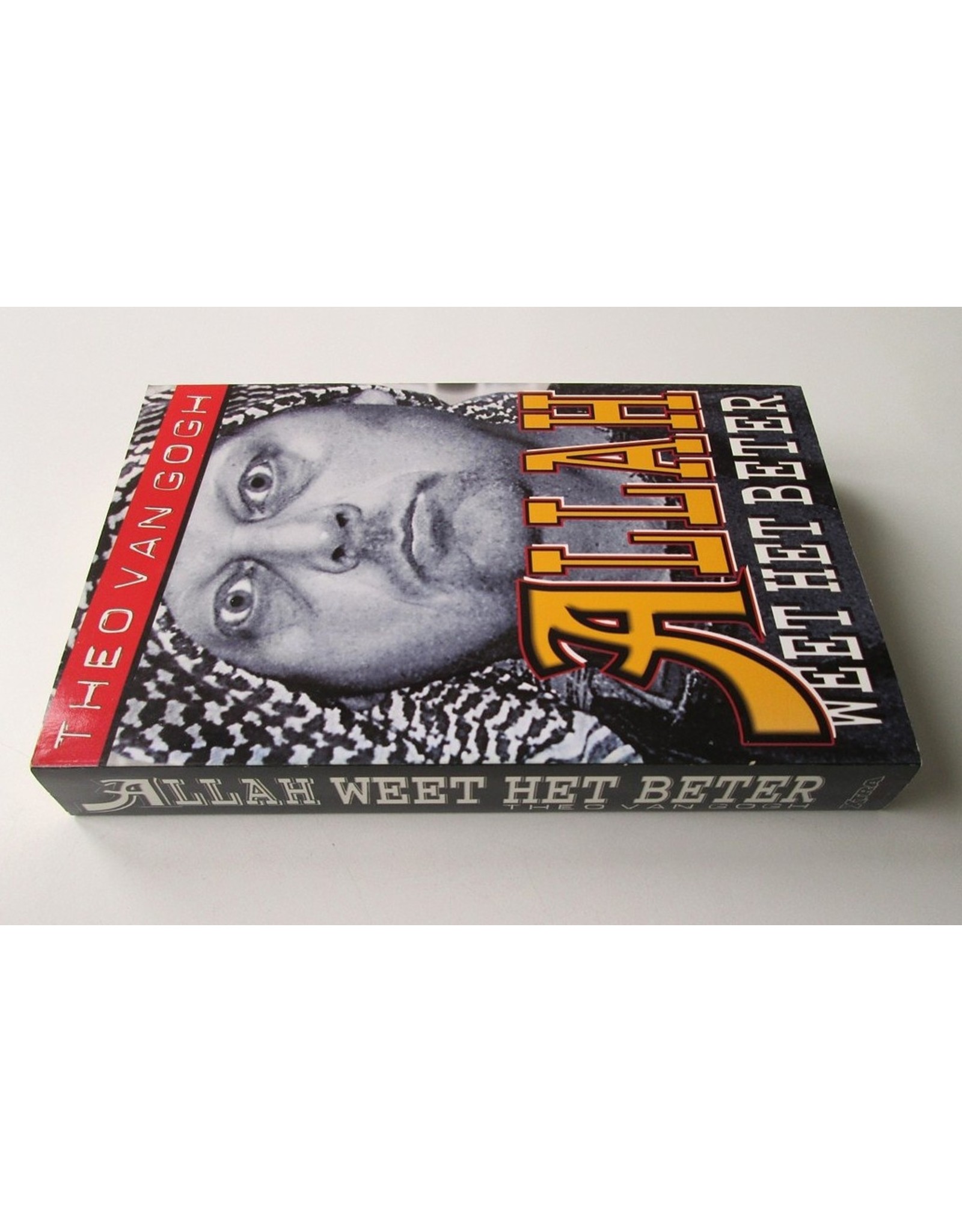 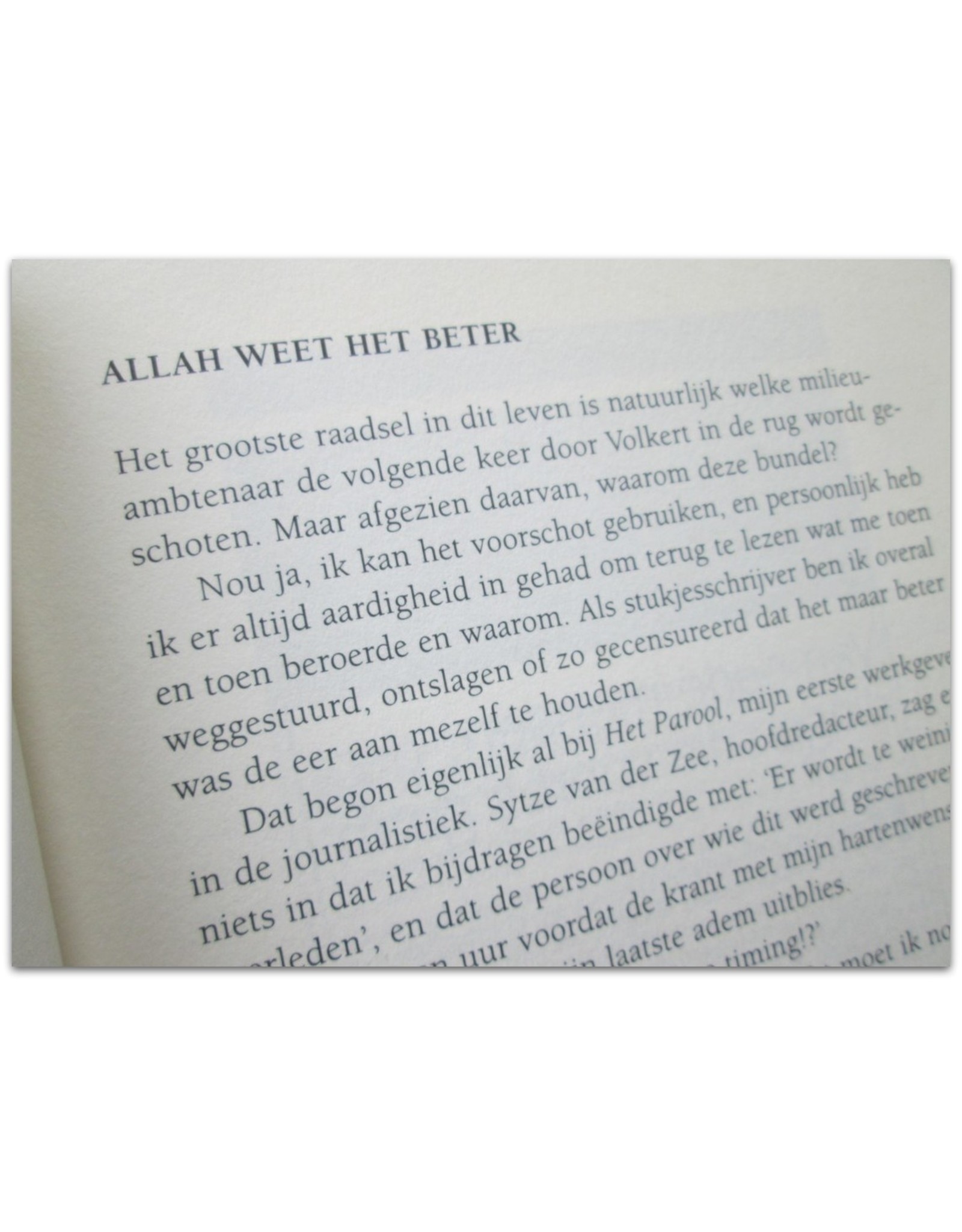 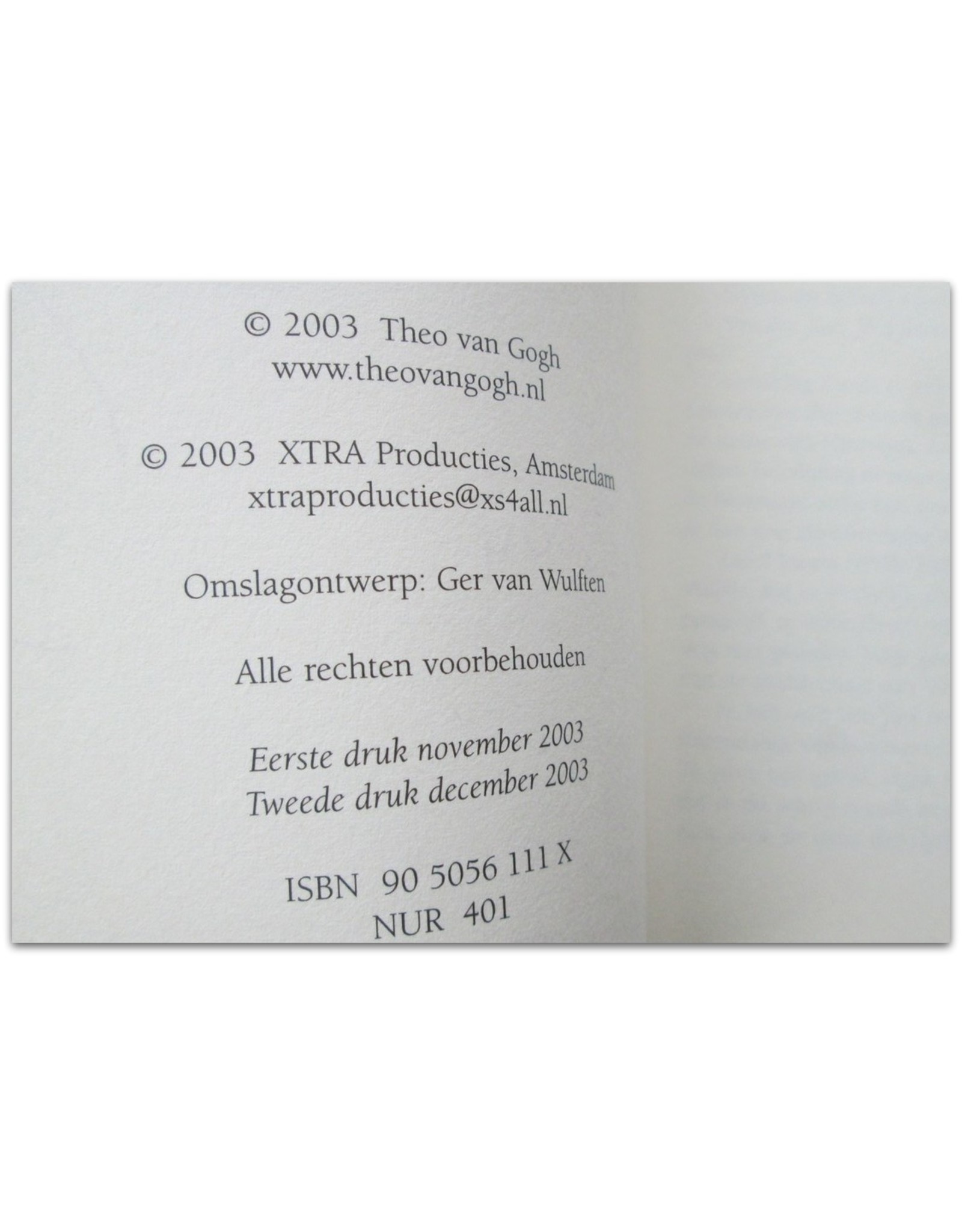 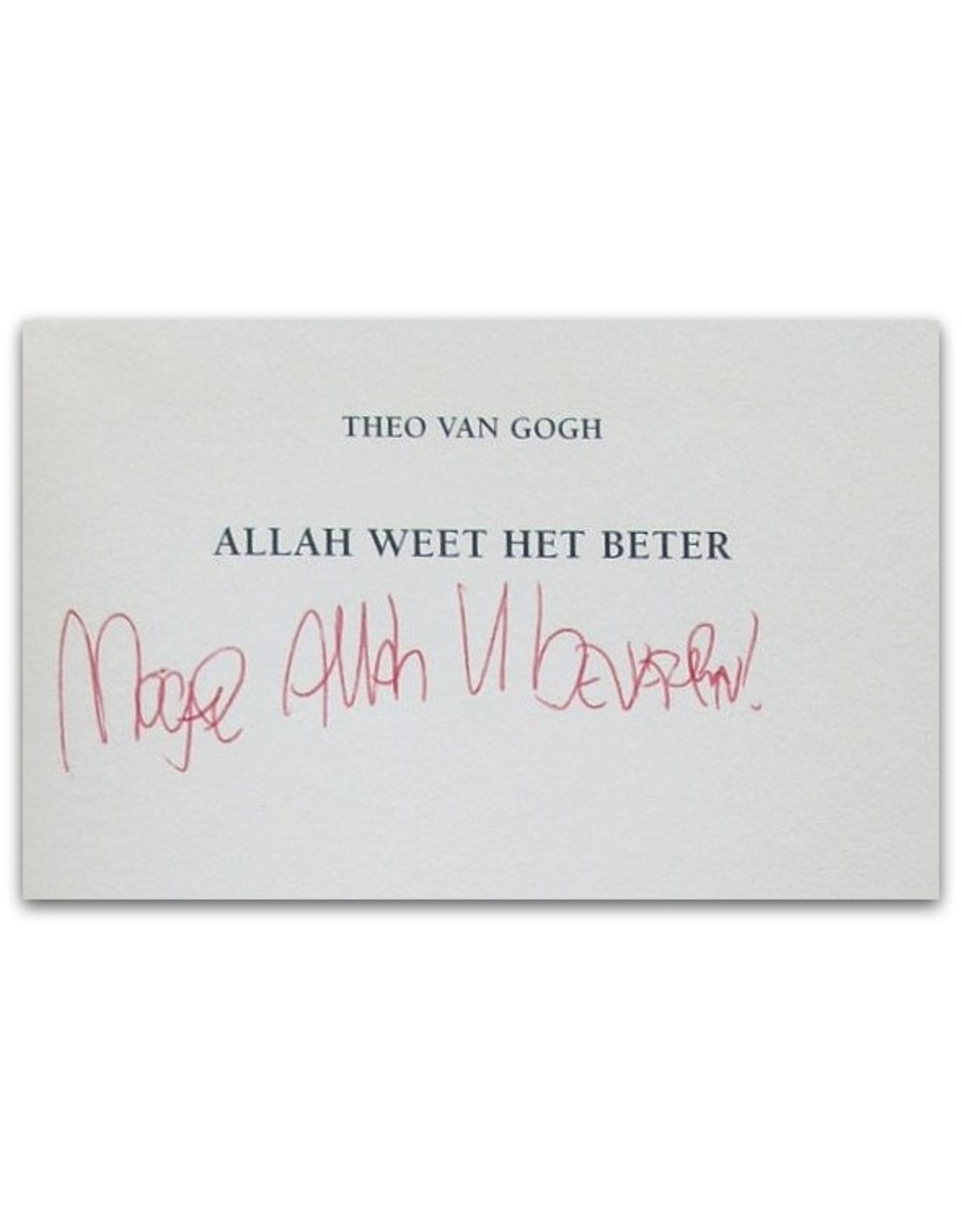 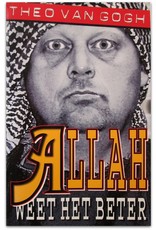 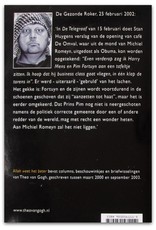 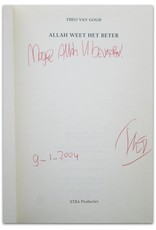 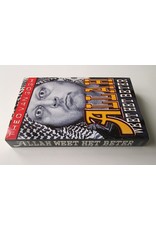 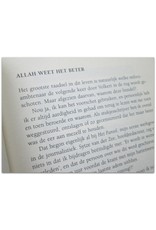 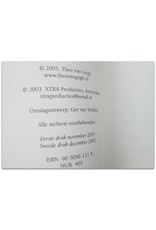 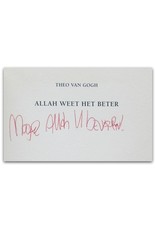 This copy has been signed on the title page by Theo van Gogh (1957-2004) in red ballpoint  with his SIGNATURE (only his first name 'Theo') and the dedication: "Moge Allah U bewaren!" [= May Allah keep you safe!]. Van Gogh (indeed a relative of the 19th century painter Vincent van Gogh), dated the dedication '9-1-2004'. The same year, the controversial filmmaker was murdered on the street in Amsterdam by Muslim extremist Mohammed B.

¶ After the assassination on November 2, 2004, the cry 'Moge Allah U bewaren!' was printed in facsimile in later editions of the book. In addition to an In memoriam for the writer. But this is an original manuscript by one of the most prominent advocates of freedom of expression of the late 20th and early 21st centuries. 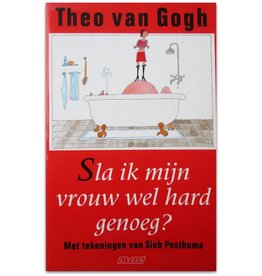