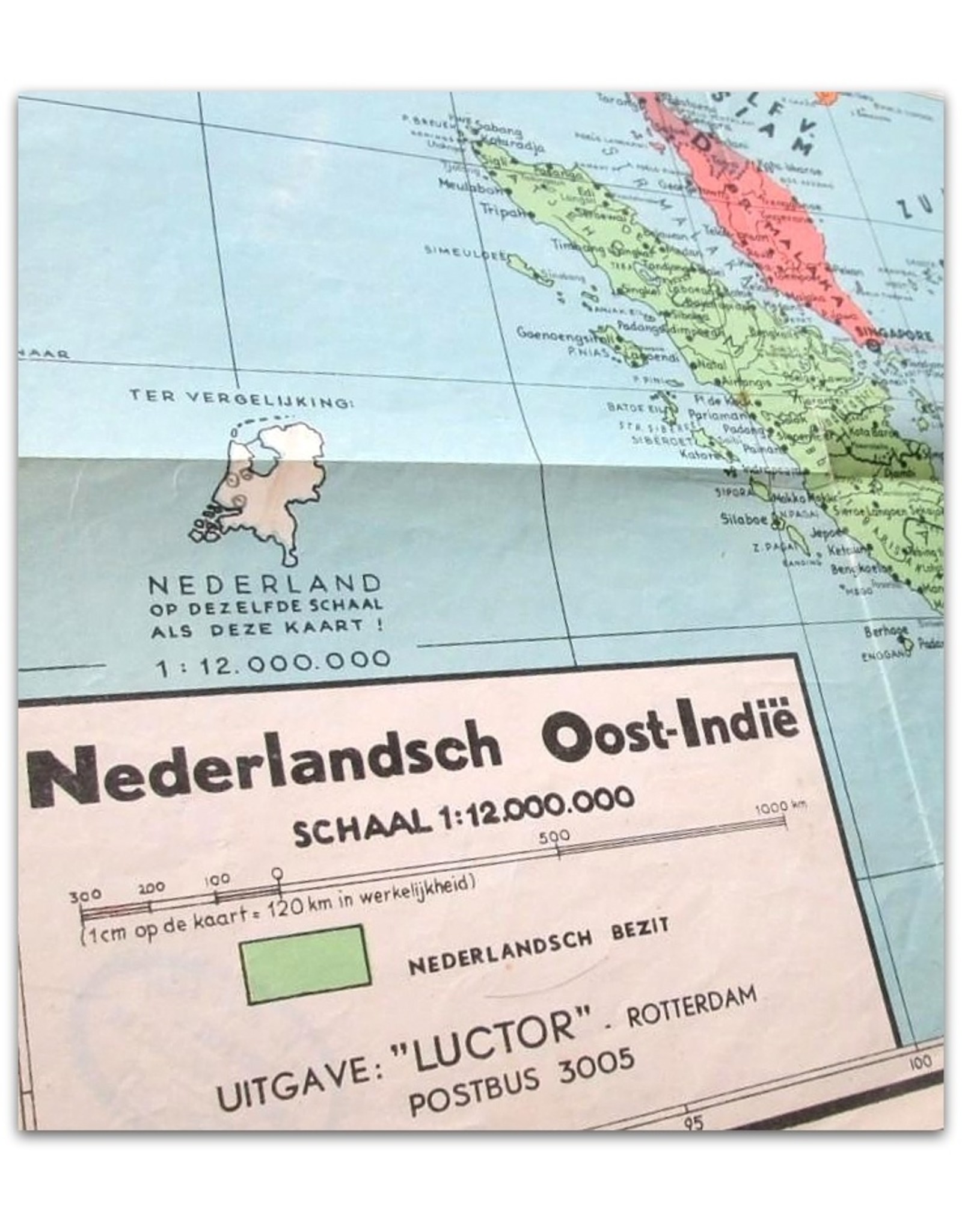 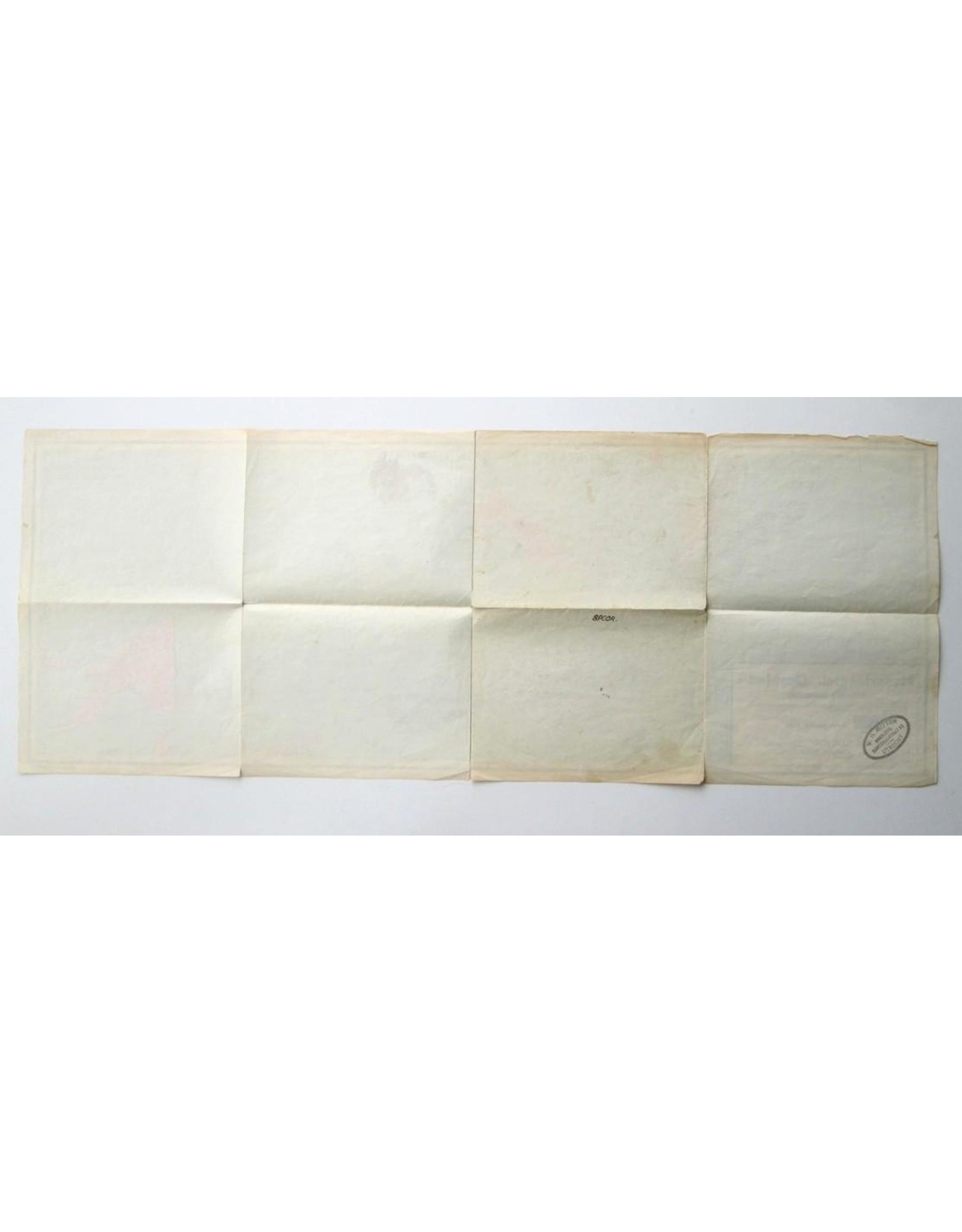 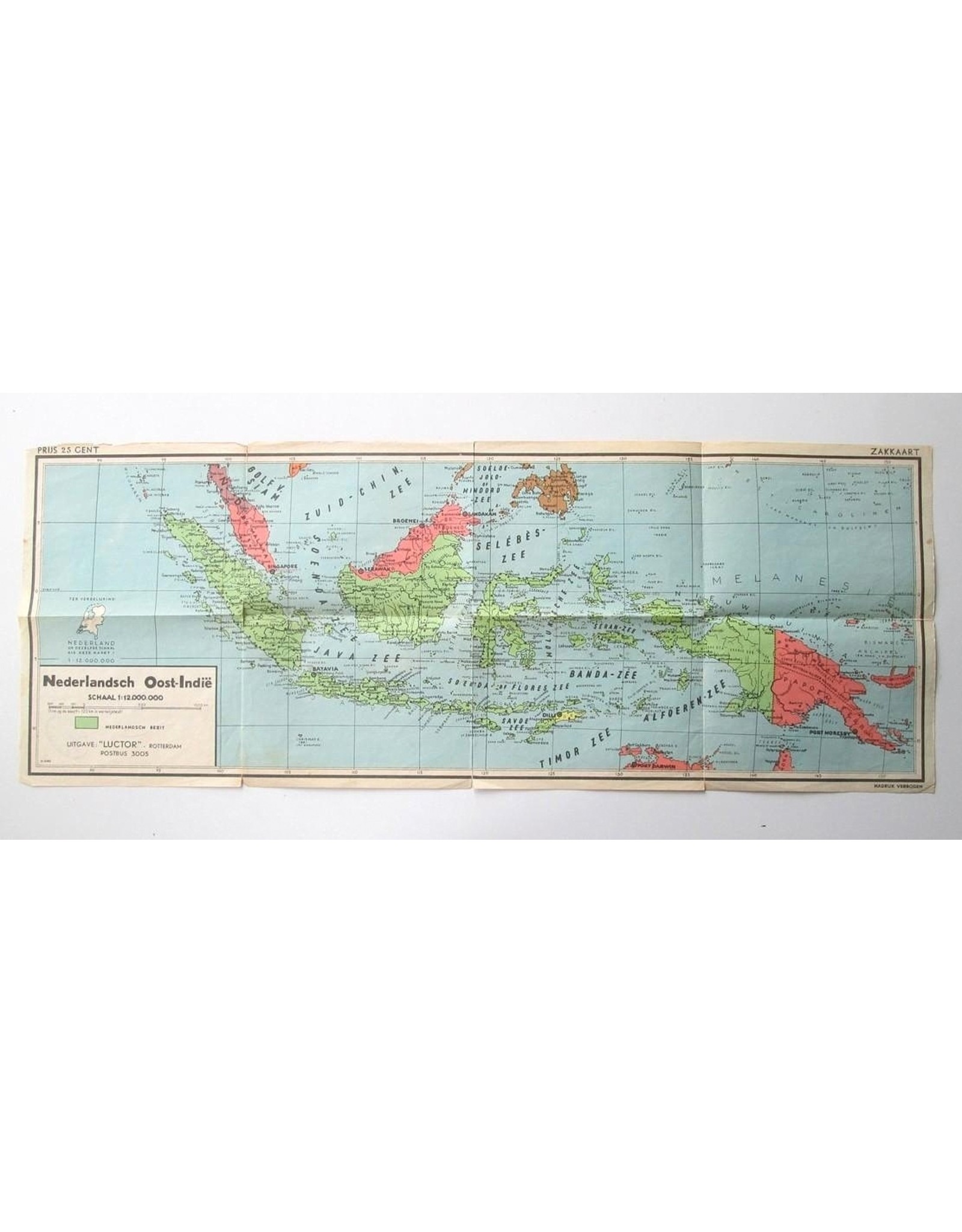 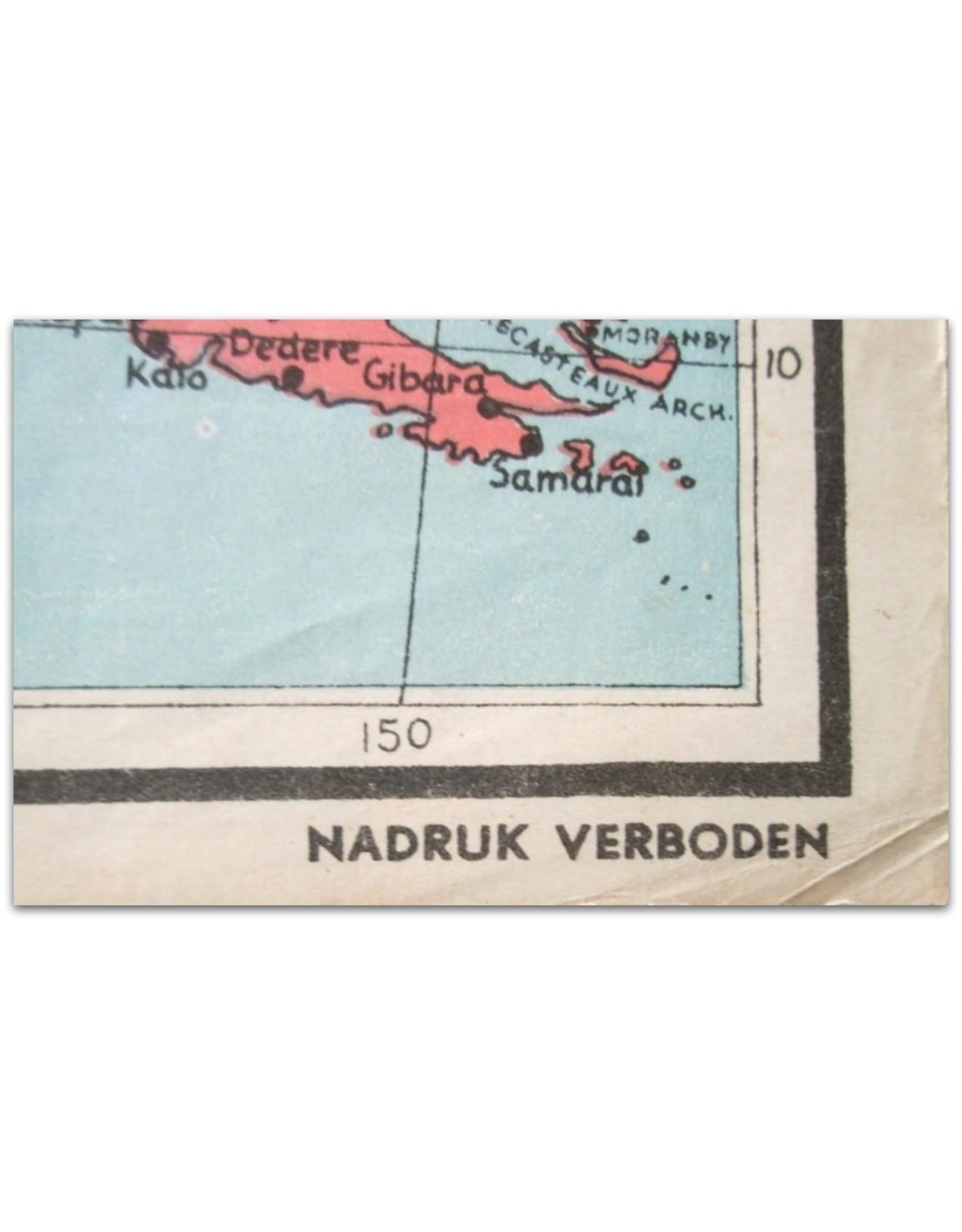 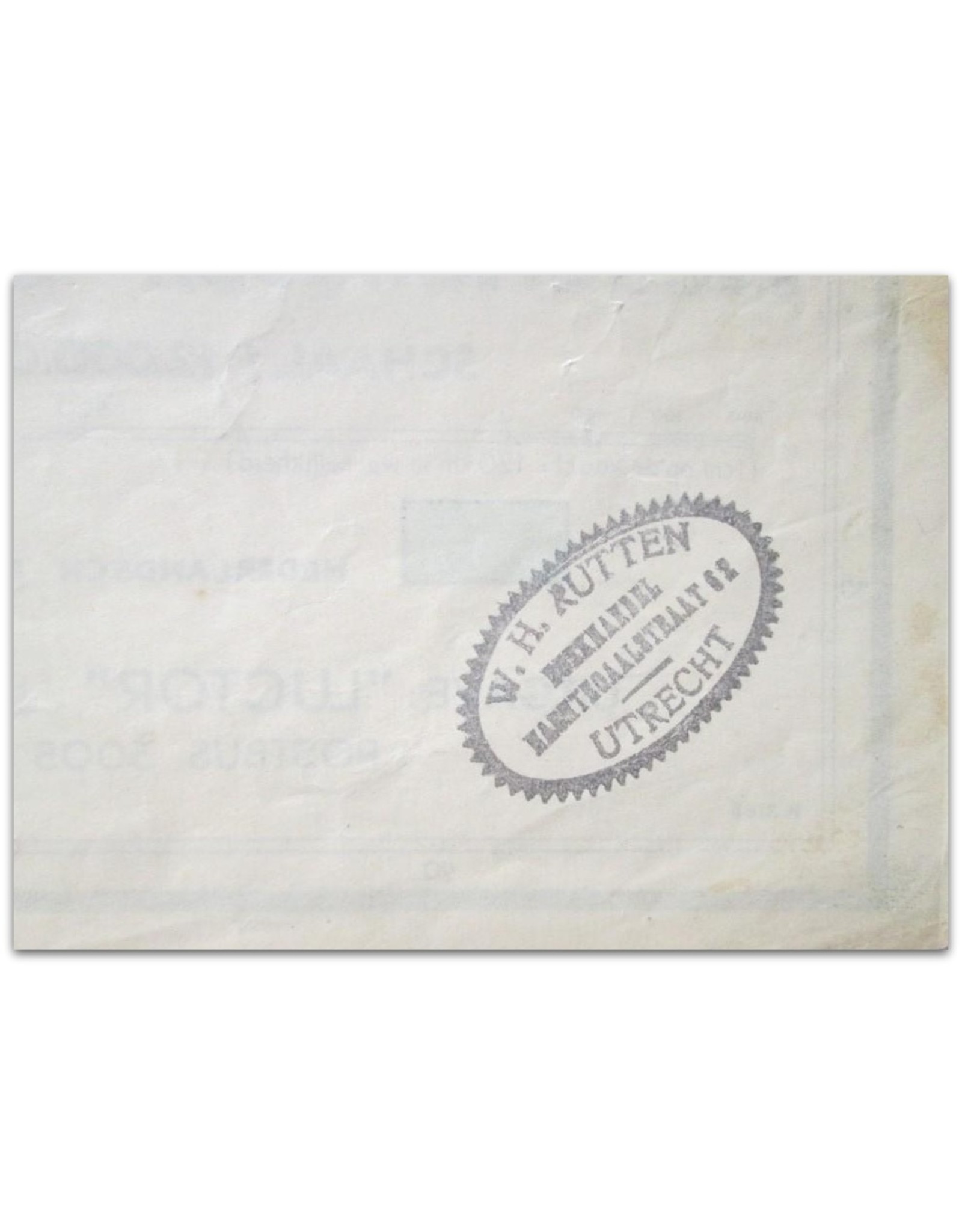 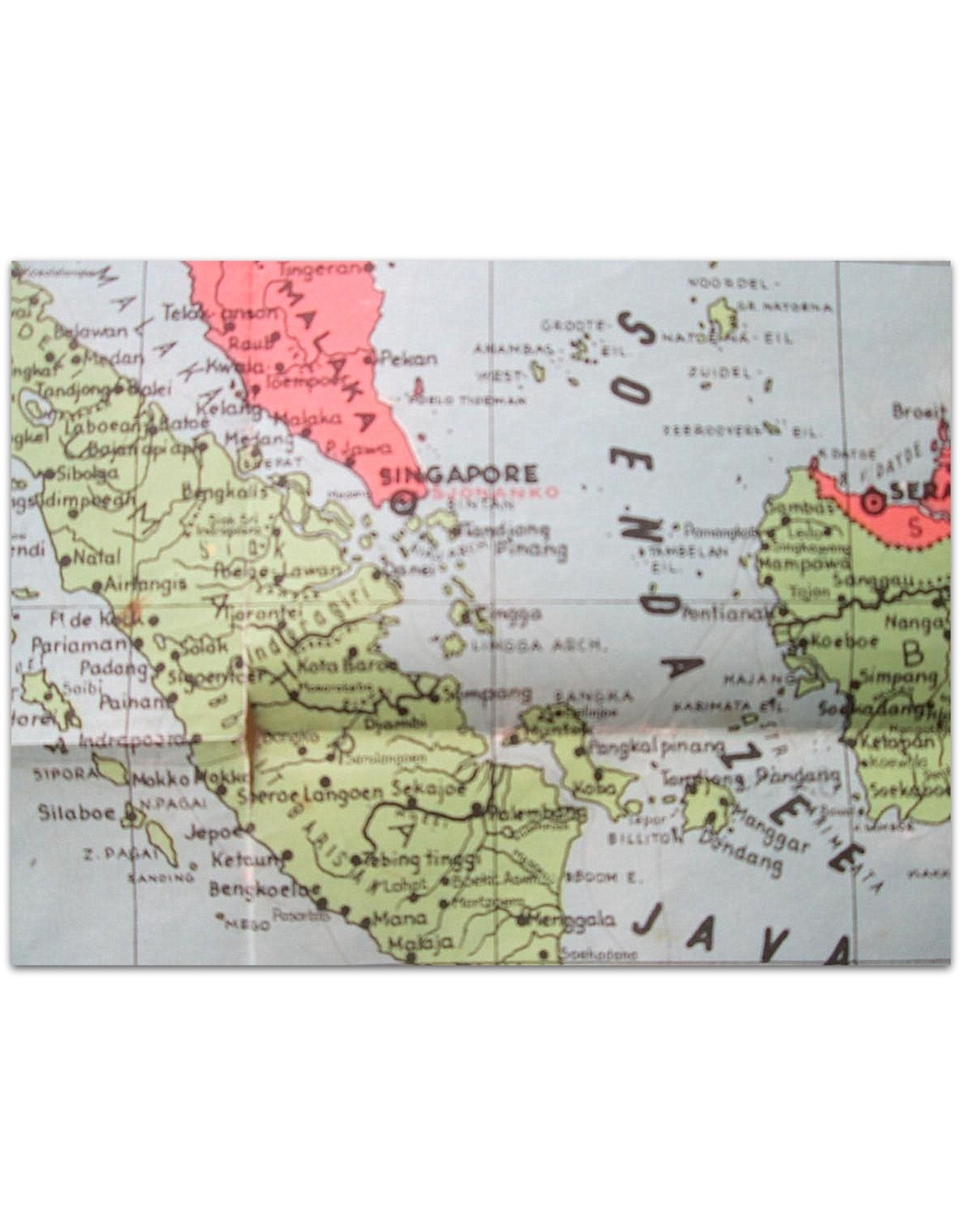 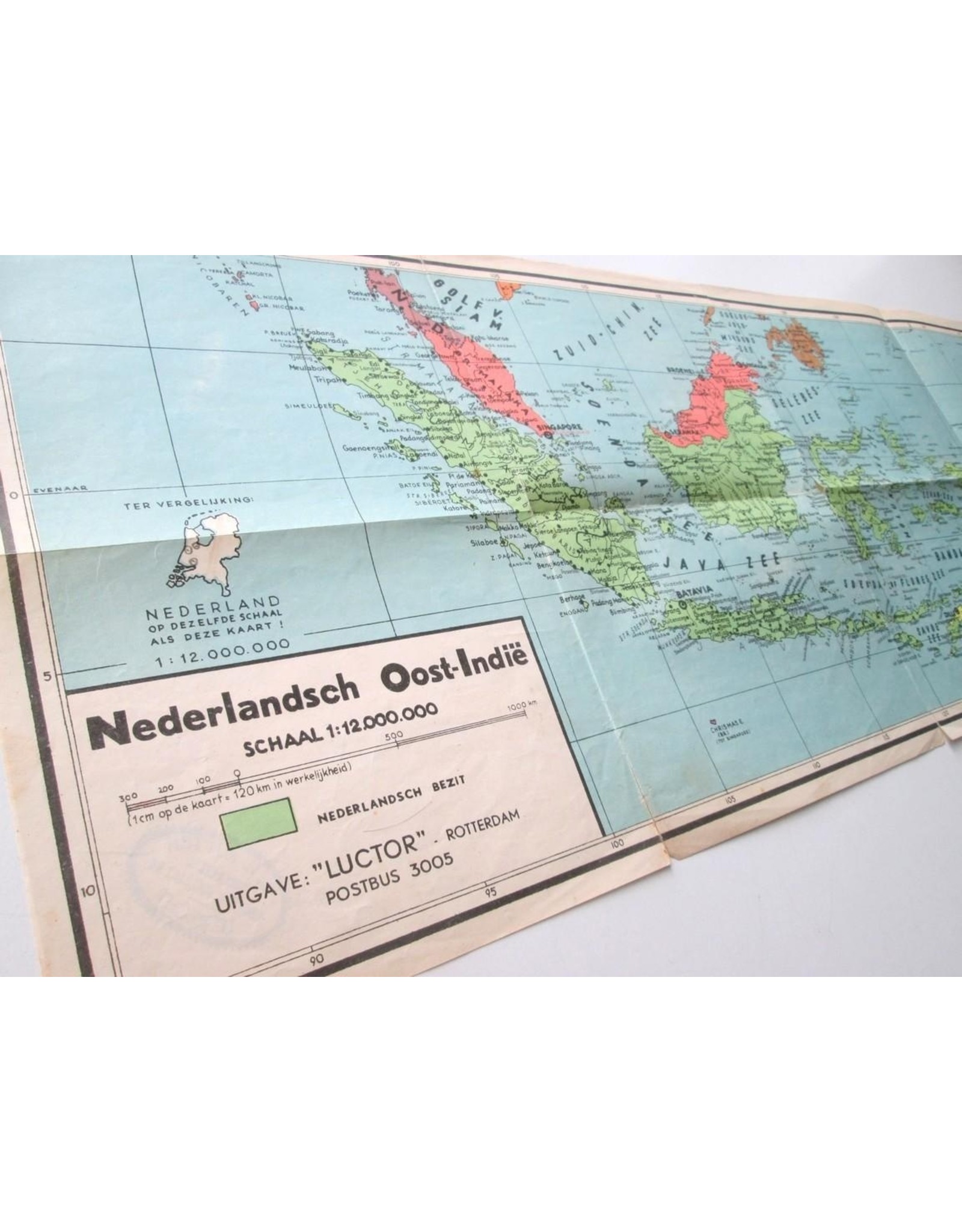 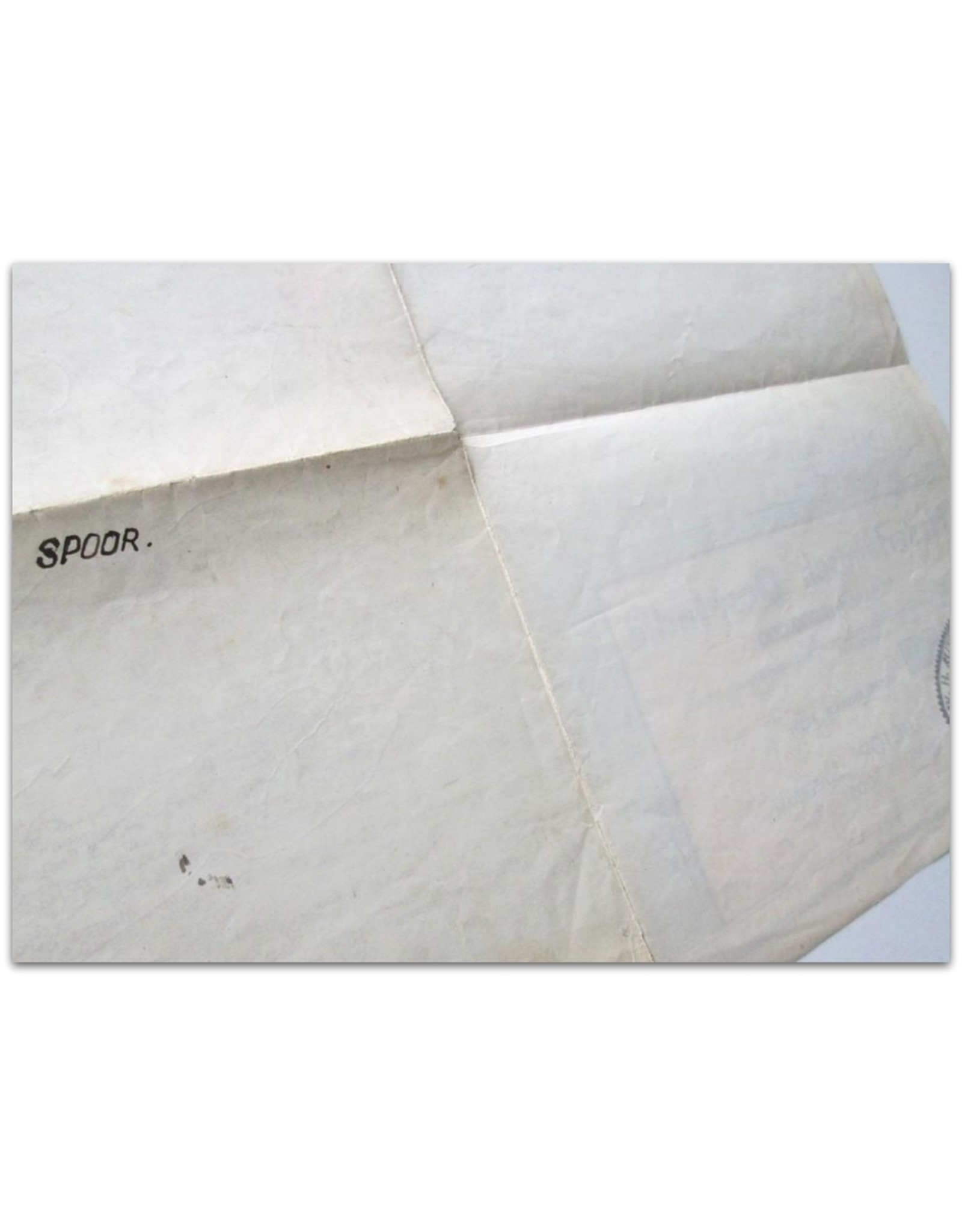 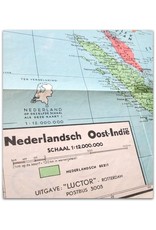 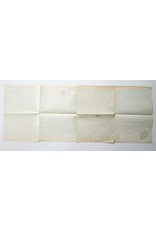 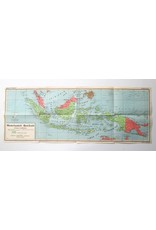 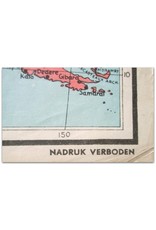 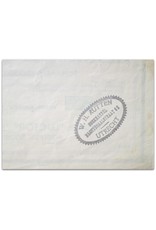 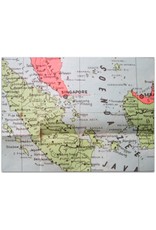 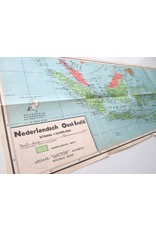 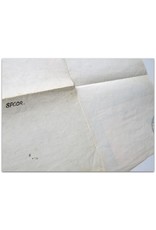 Condition: Good - With stamp of Boekhandel W.H. Rutten, Utrecht on the back. Slight wear, small tears and notition 'SPOOR'.

Rare colour map of the islands of the Dutch East Indies, with the 'Nederlandsch bezit' [= Dutch possession] indicated in green. For comparison, the Netherlands itself is shown on the left on the same scale (which definitely puts things in perspective).

¶ Undated; the spelling is from before 1935 but a K-number is mentioned in the legend, so it can be dated as a reprint from approx 1943 during the Nazi Occupation in WW2. The sale price was 25 cents. The card was printed, according to the number (K-2185), by Stadler and Sauerbier in Rotterdam.

Add your review
0 stars based on 0 reviews
Atlas / Cartografie / Cartography / Indonesia / Indonesië / Landkaarten / Maps / Nederlands-Indië / Topografie
Add to wishlist / Add to comparison / Print
Please accept cookies to help us improve this website Is this OK? Yes No More on cookies »