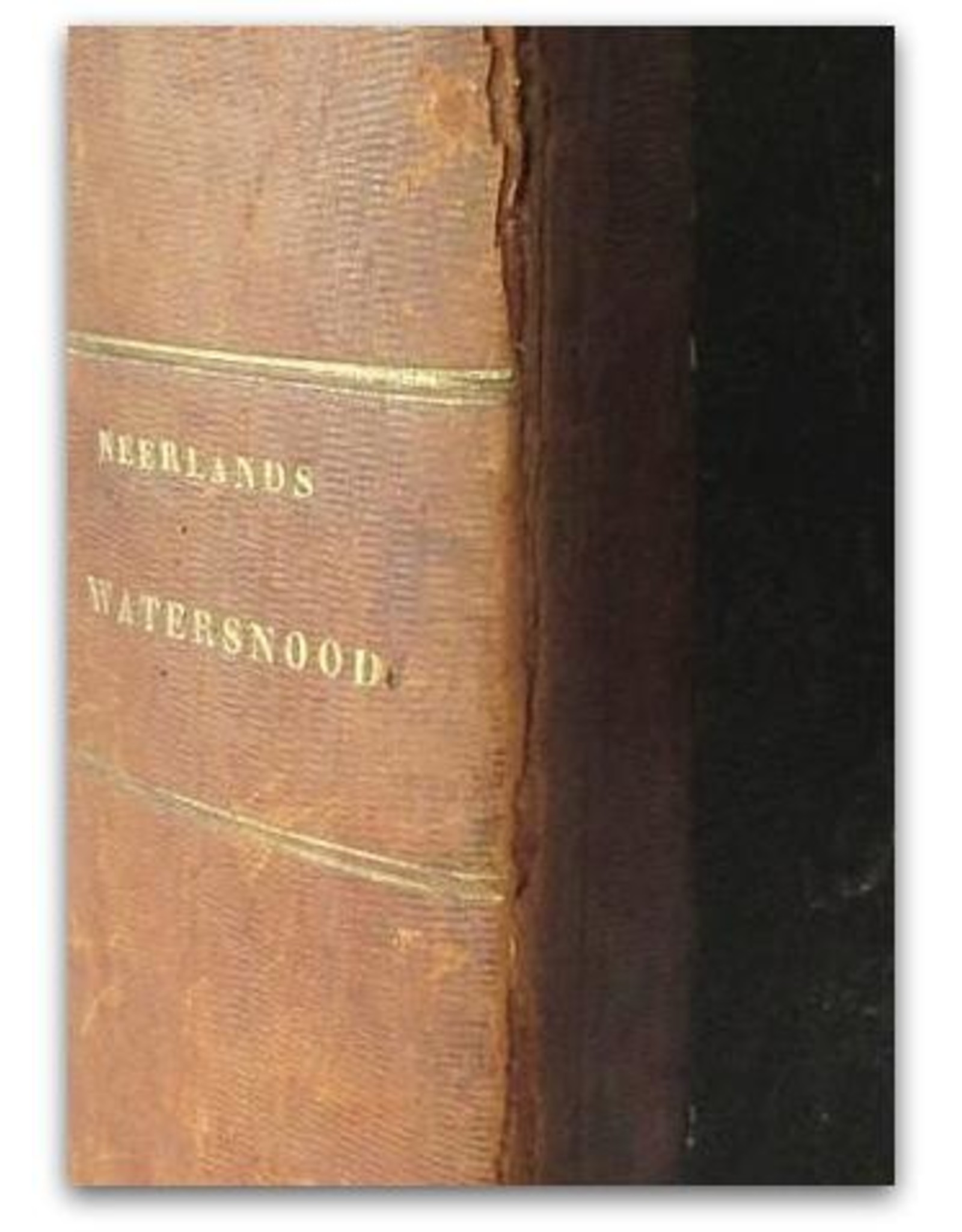 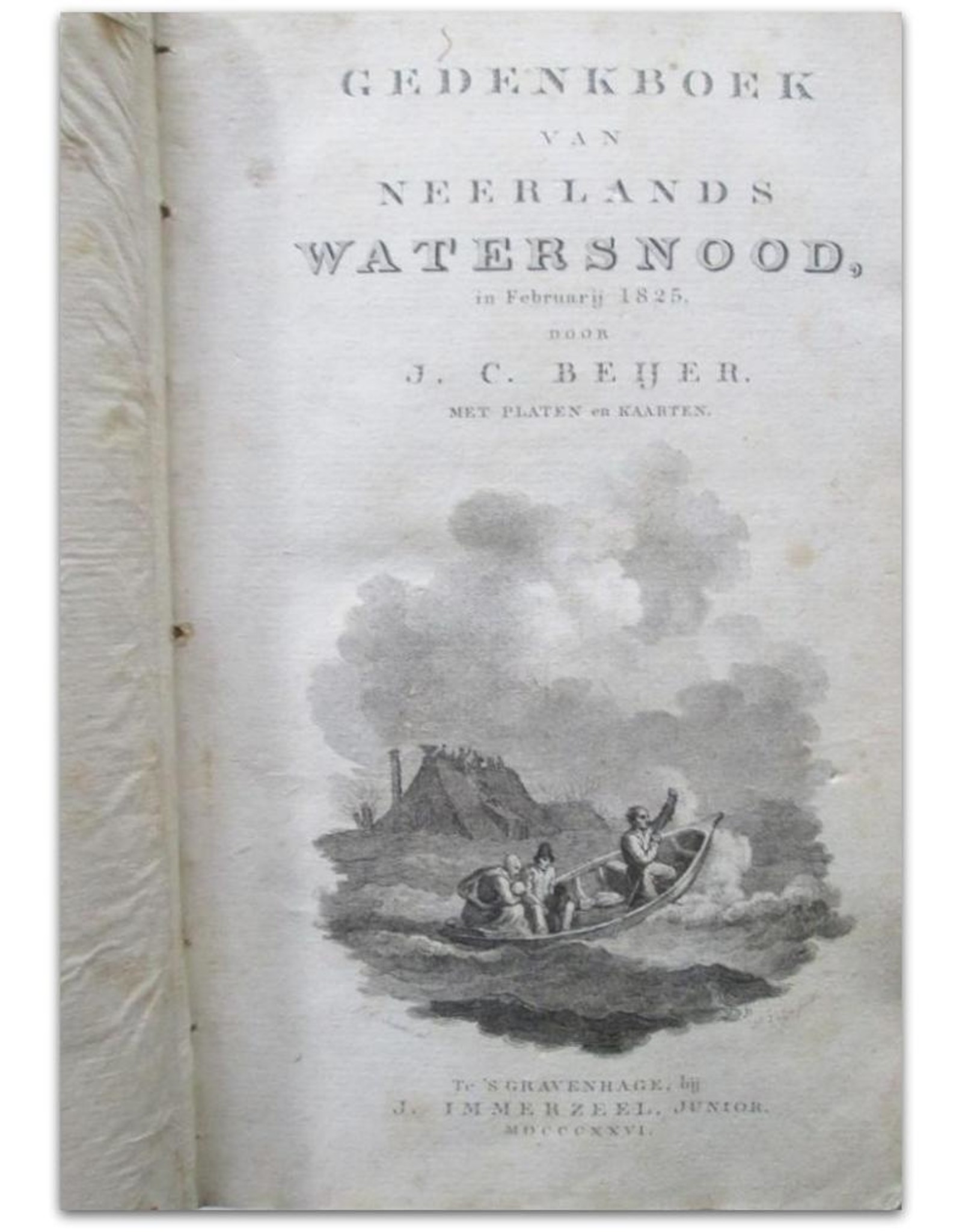 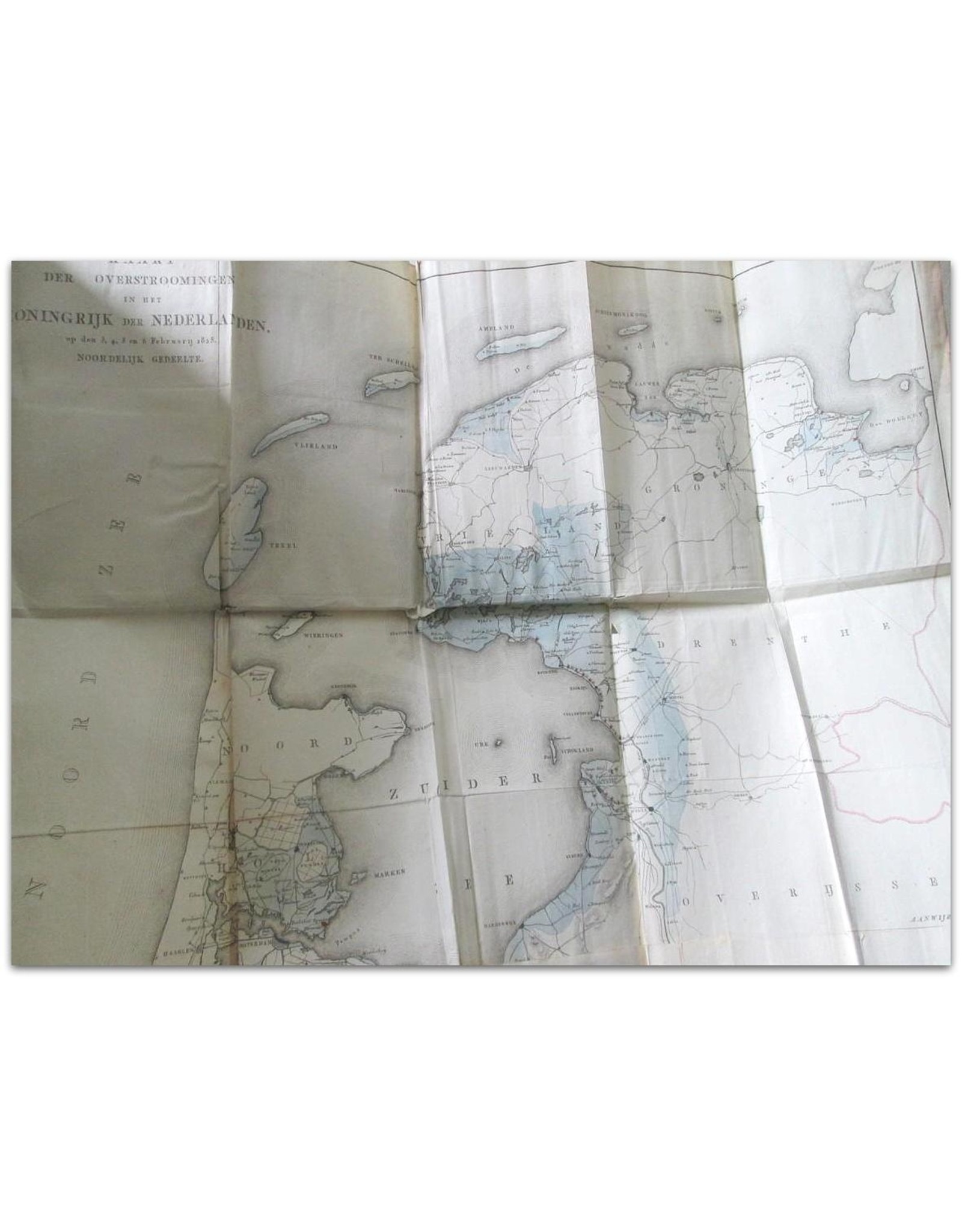 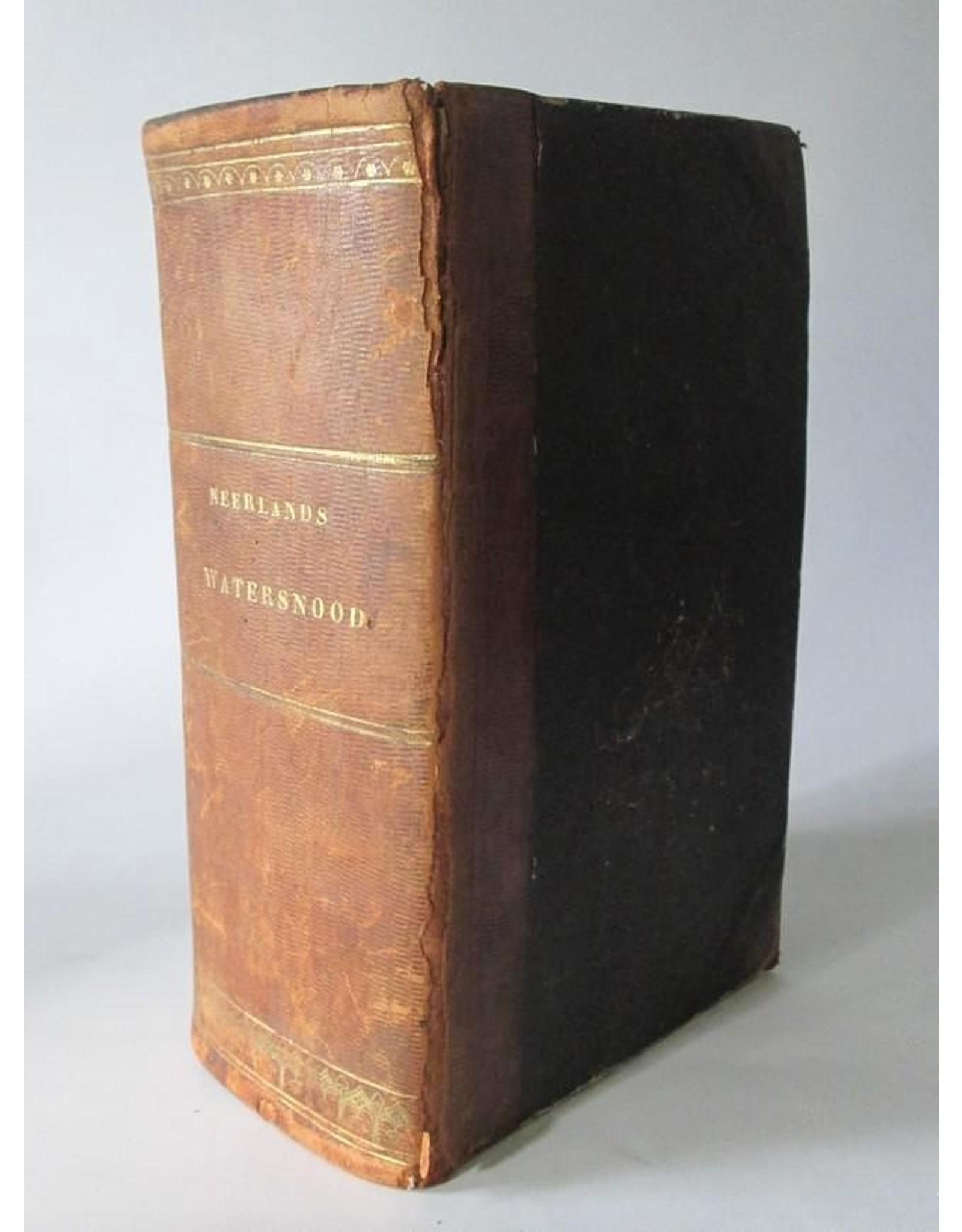 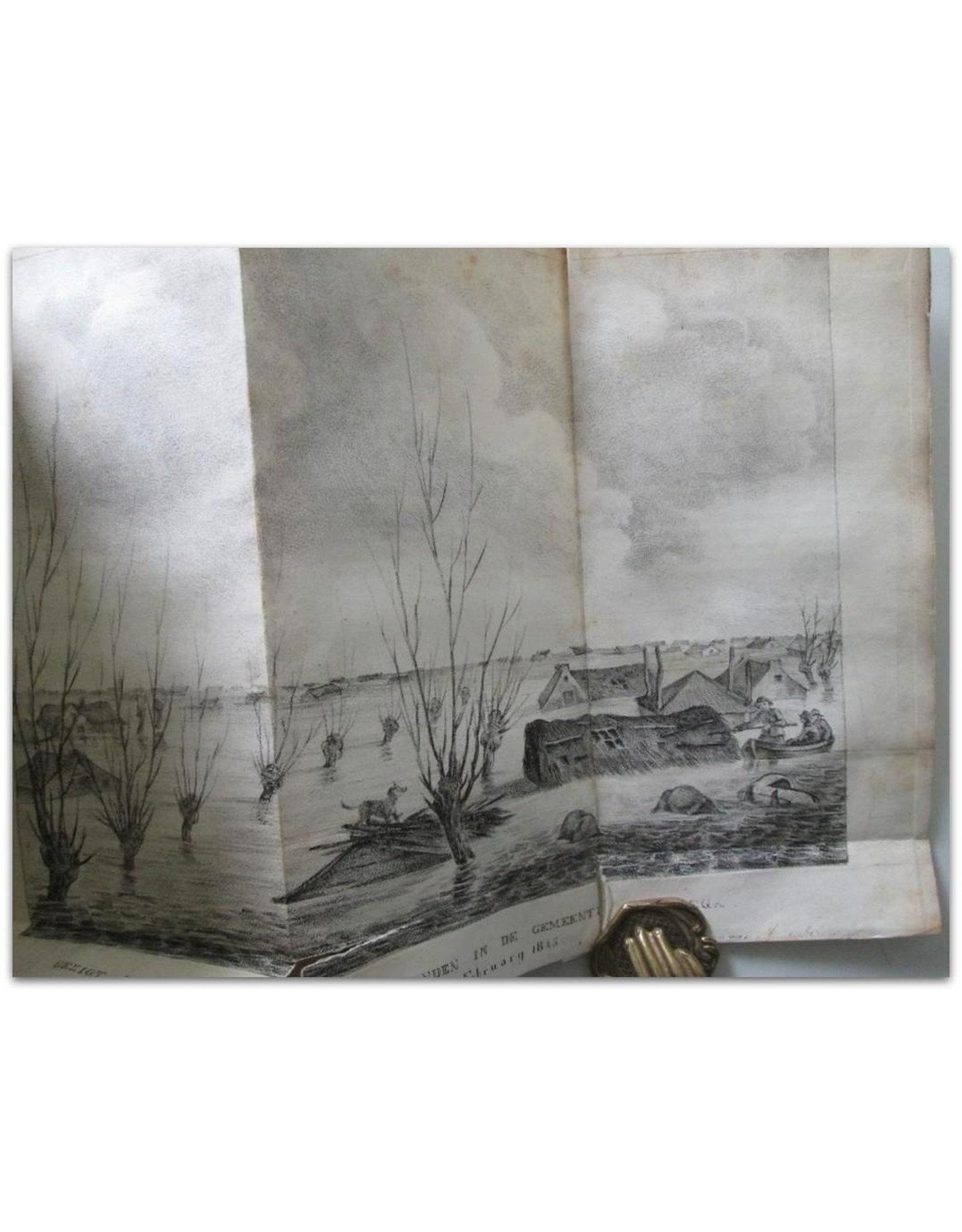 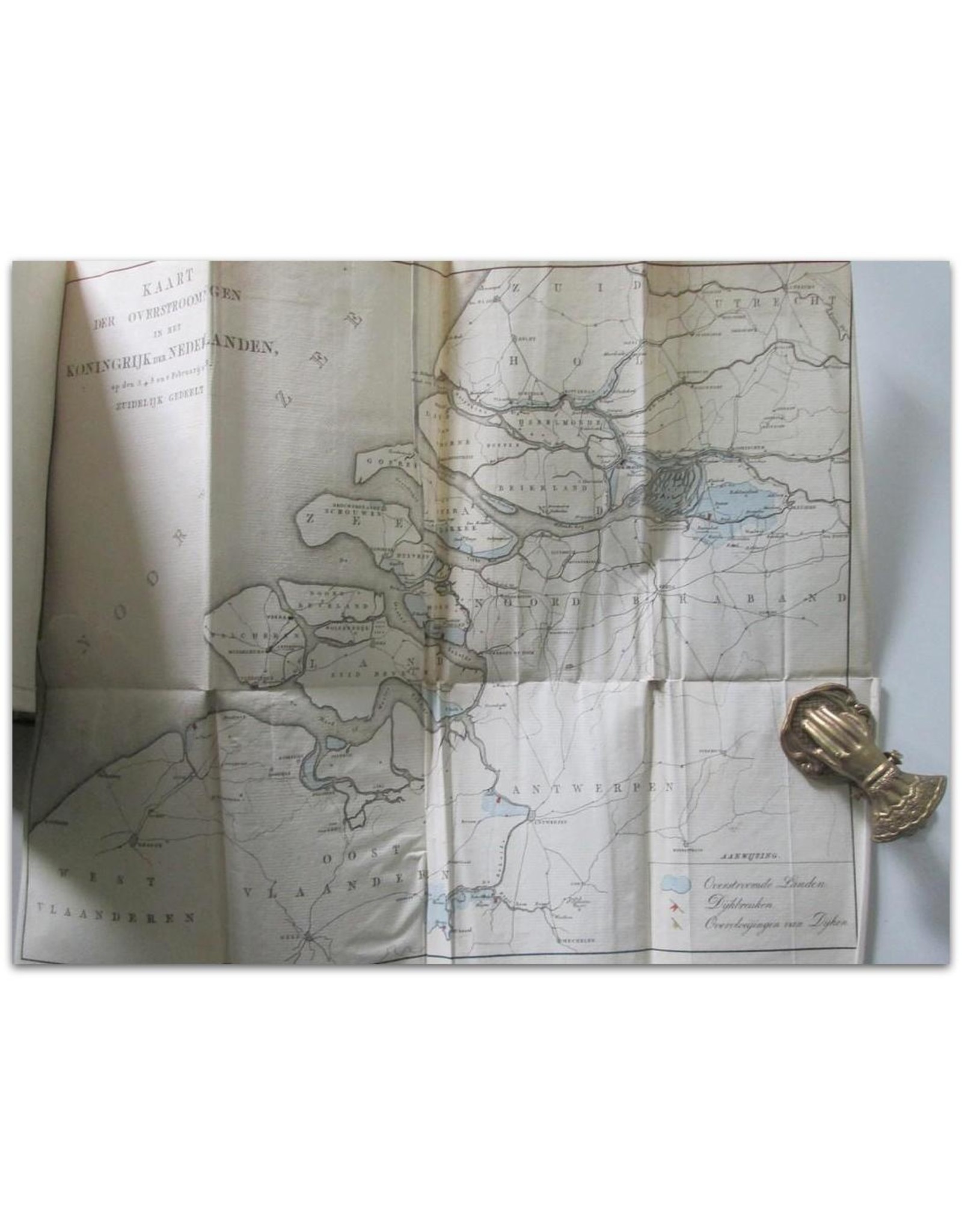 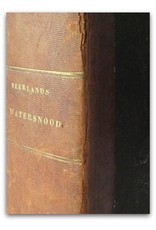 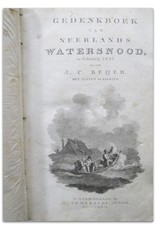 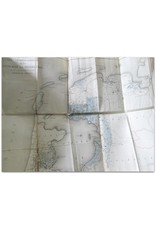 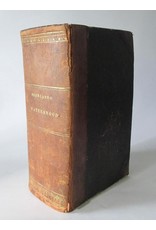 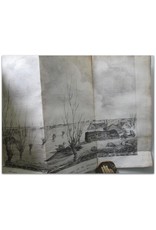 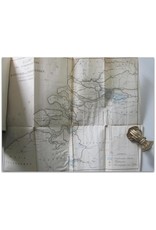 Condition: Vulnerable - with wear, notch in the spine at the top, back cover scuffed, 1 lithograph missing, the plates and cards present with tears. Extremely scarce (the second part can even be called untraceable).

Bold work with eyewitness accounts of the floods and heroic deeds (such as saving horses) during the storm of February 3-6, 1825, compiled by Johannes Coenraad Beijer (1786-1866). Includes an extensive list of subscribers and the status of the collection for the victims (per province and sometimes with name and surname, including various Freemason lodges).

Illustrated with 4 spectacular lithographs (by A. Boëns, Schelfhout Fecit) of Scheveningen (after the storm), the flooding of the Kamperdijk (Oosterwolde, Doornspijk), the flooded lands in the municipality of Wolvega and the arrival of refugees in Amsterdam. Also present are 2 fold-out coloured maps of the Netherlands (northern and southern part).

¶ Bound in contemporary half-leather binding with gilt lettering and ornaments on the spine, leather corners, blue-speckled edges. The early lithography was performed by Lith. De Burggraaf at Bruxelles.