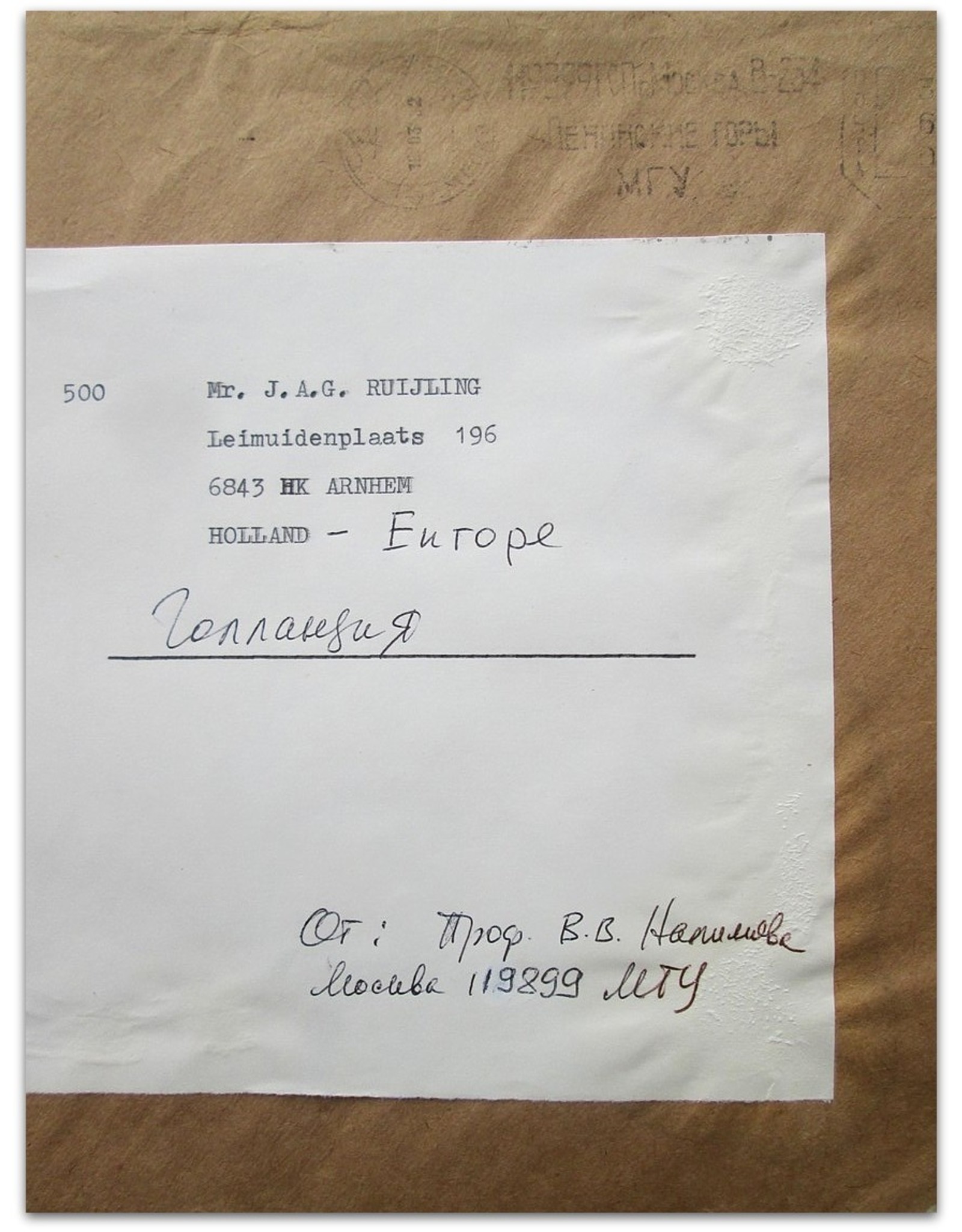 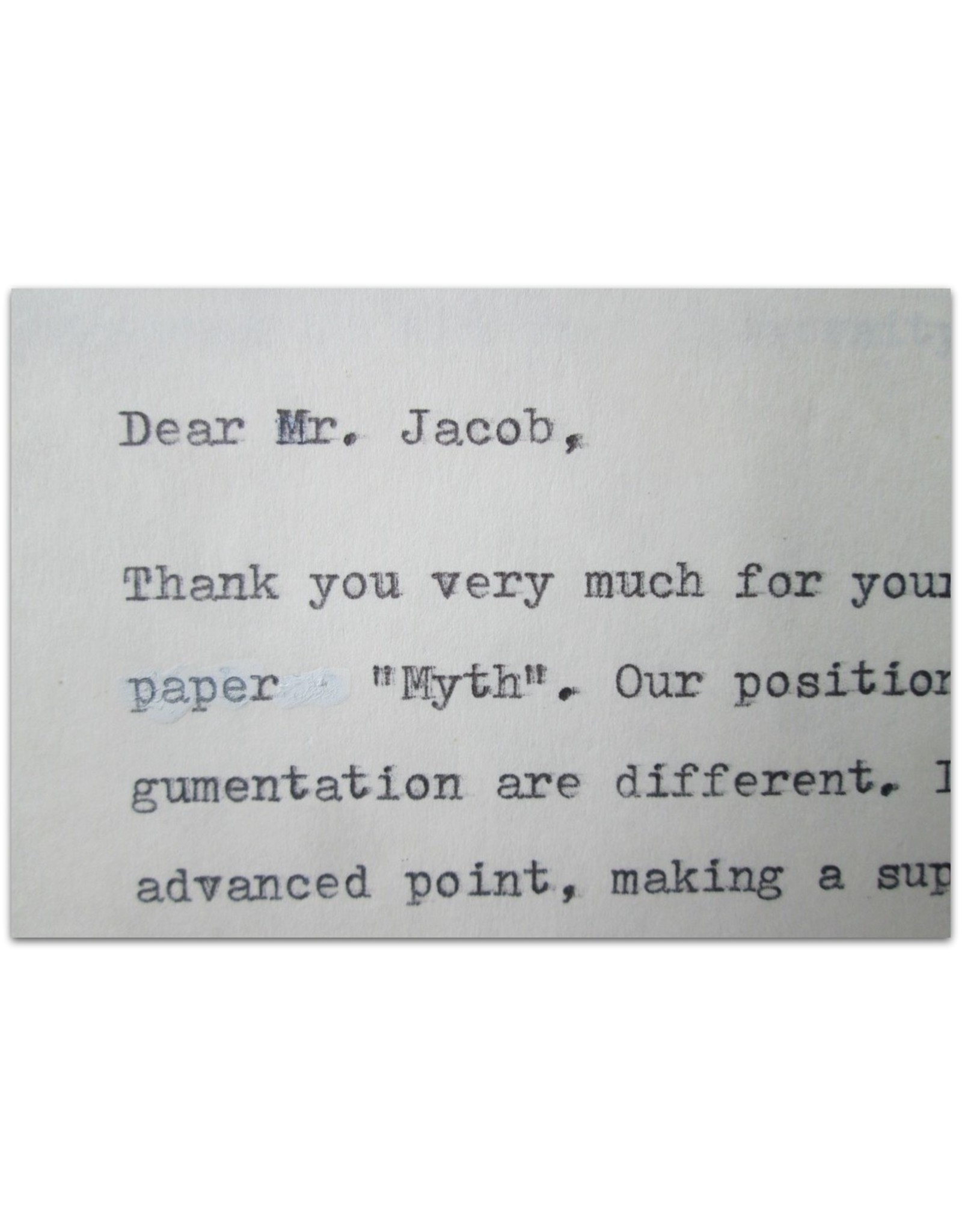 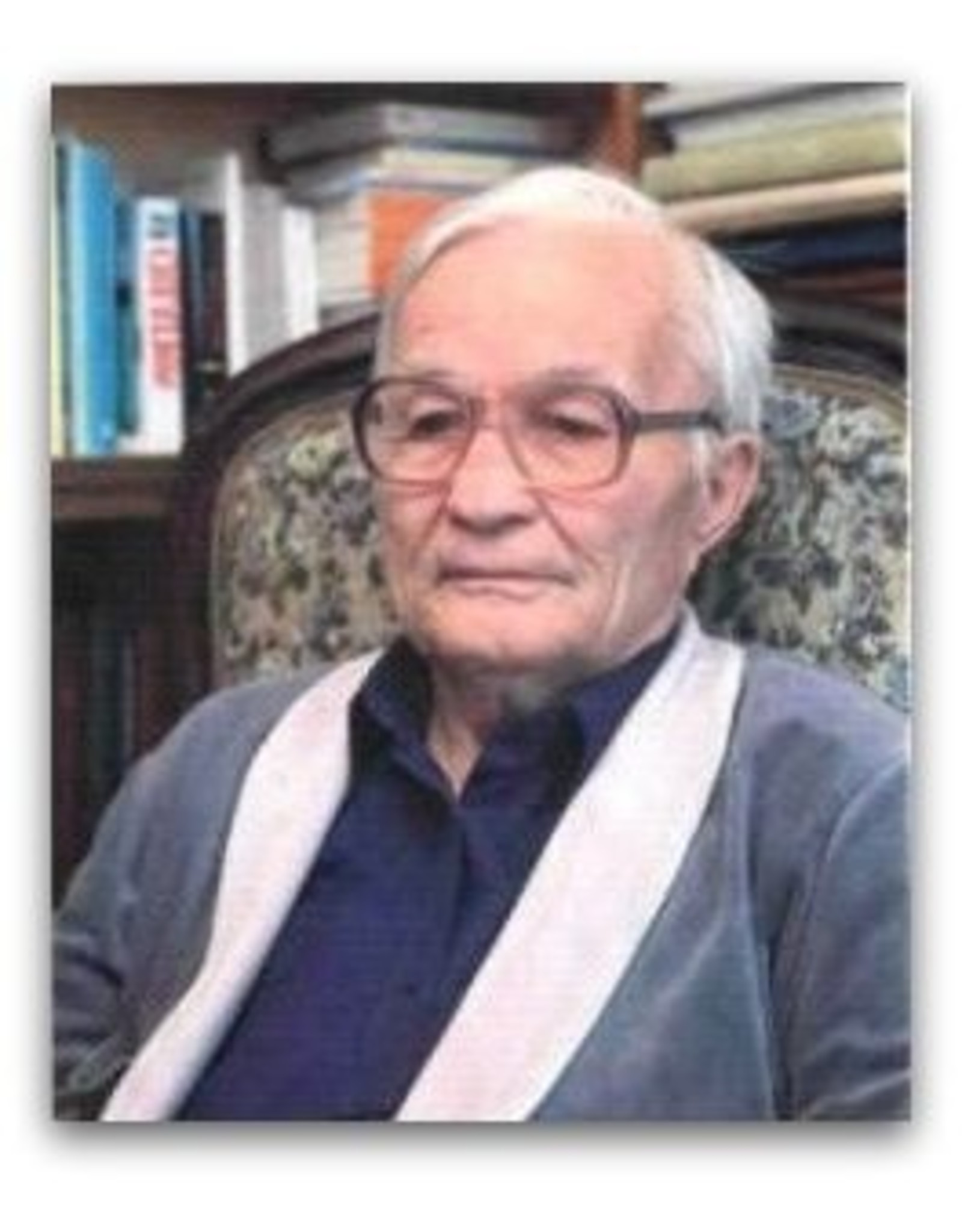 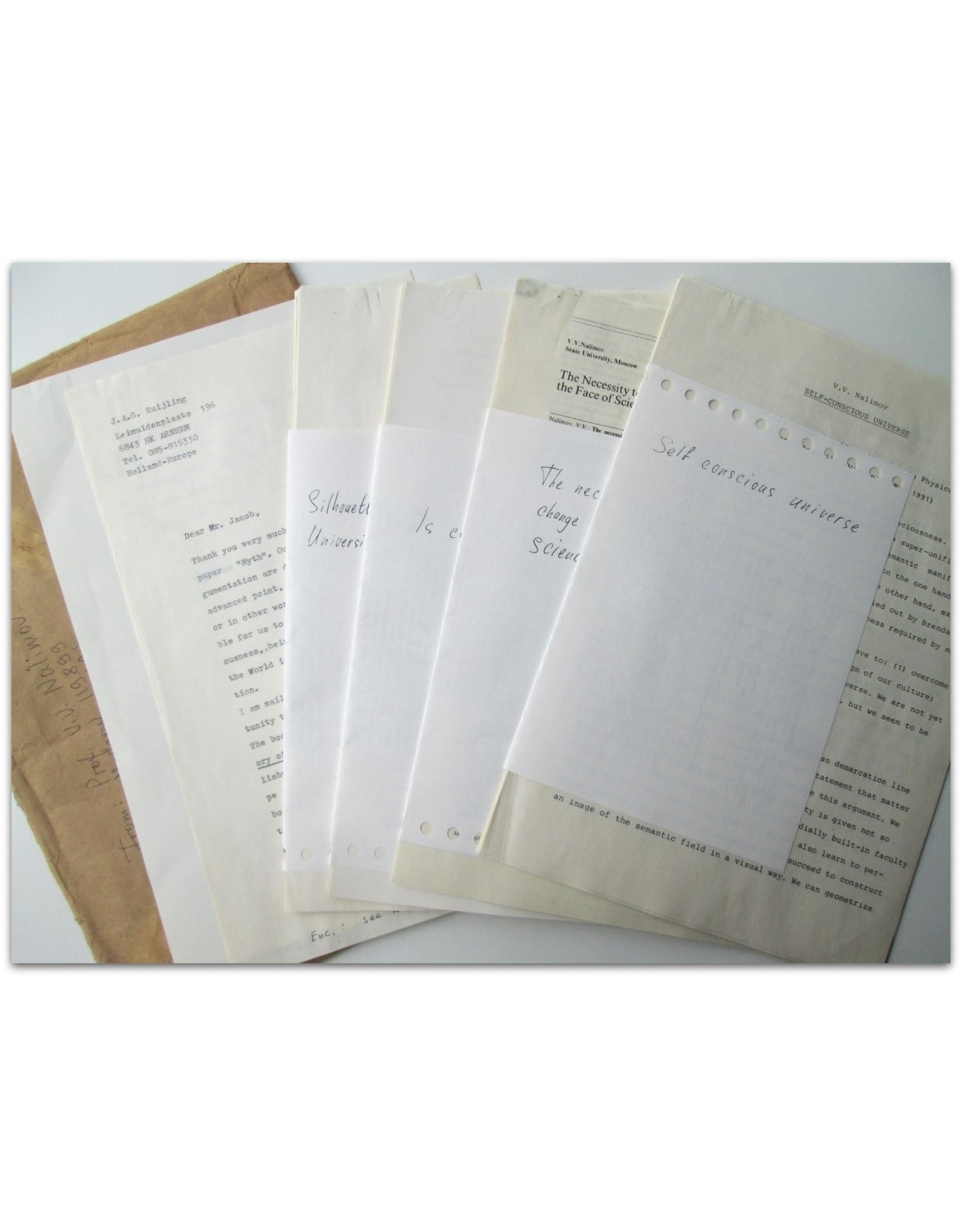 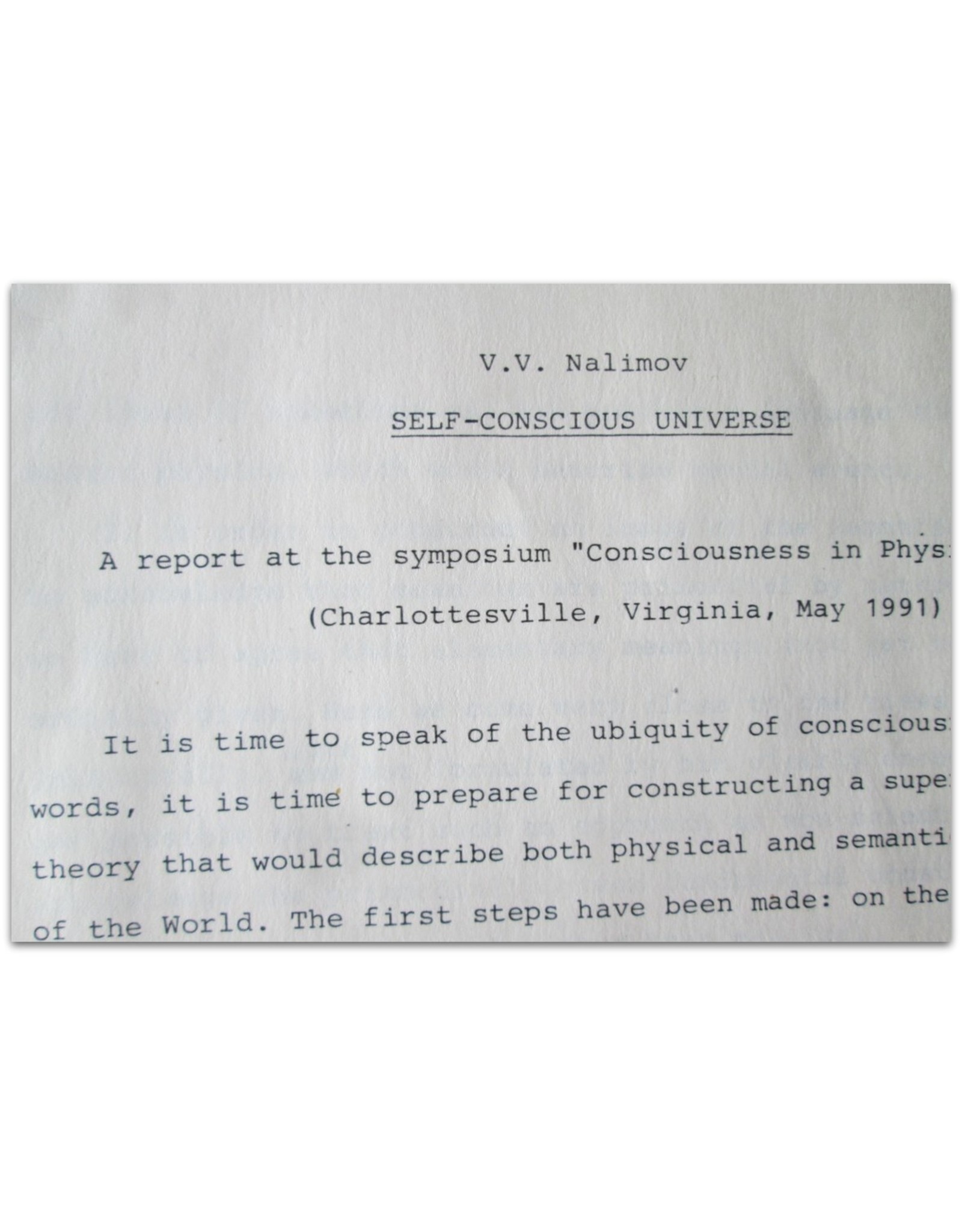 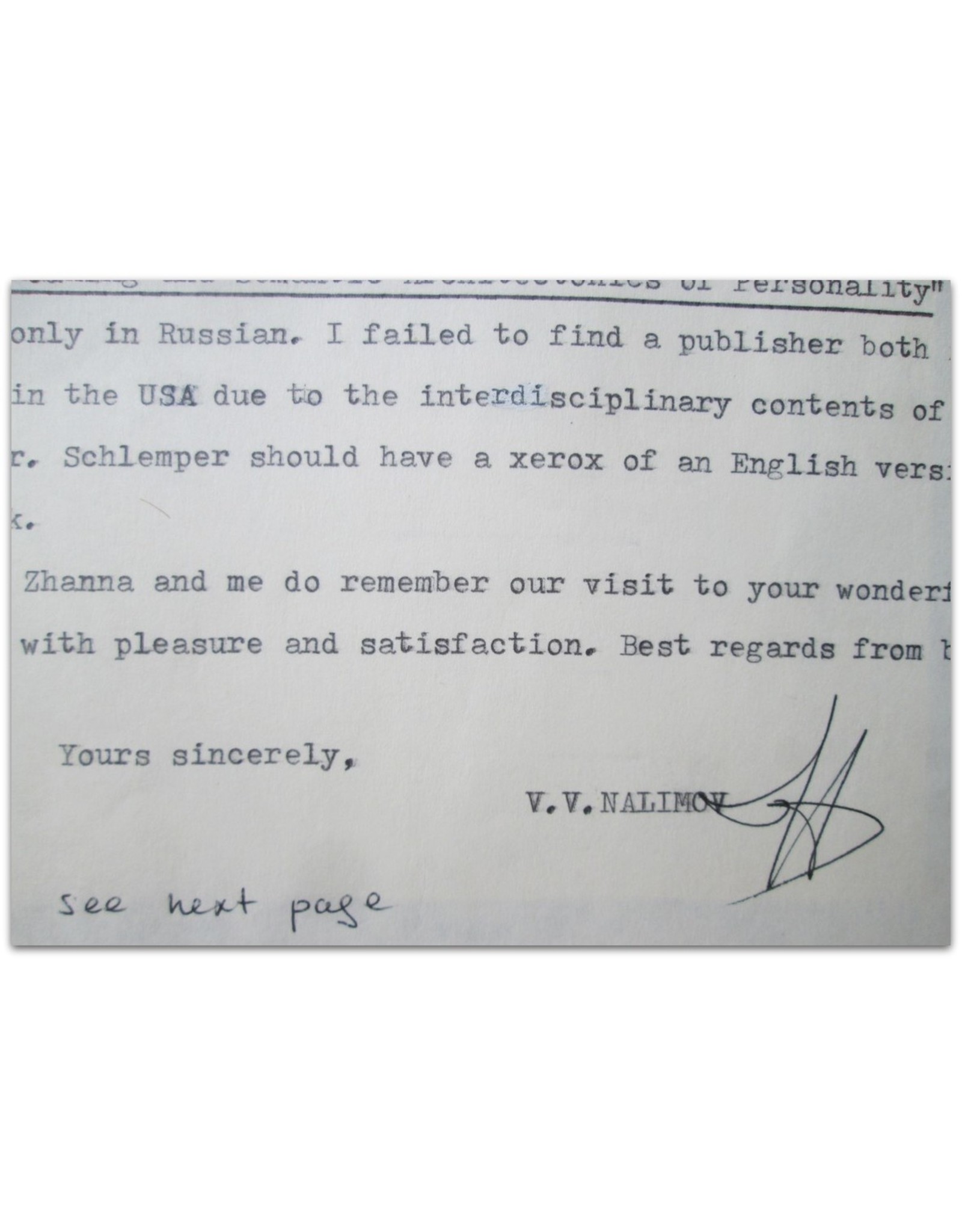 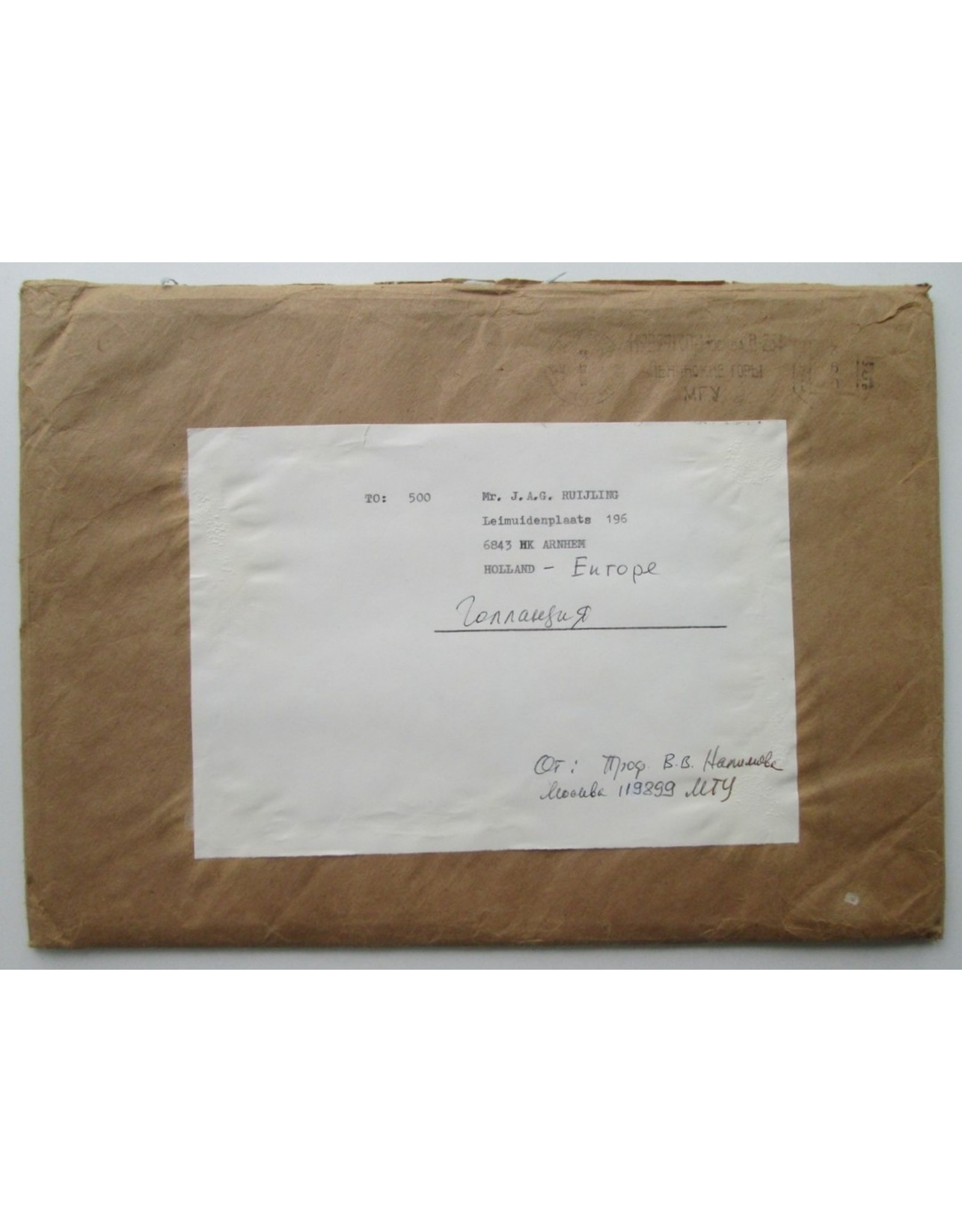 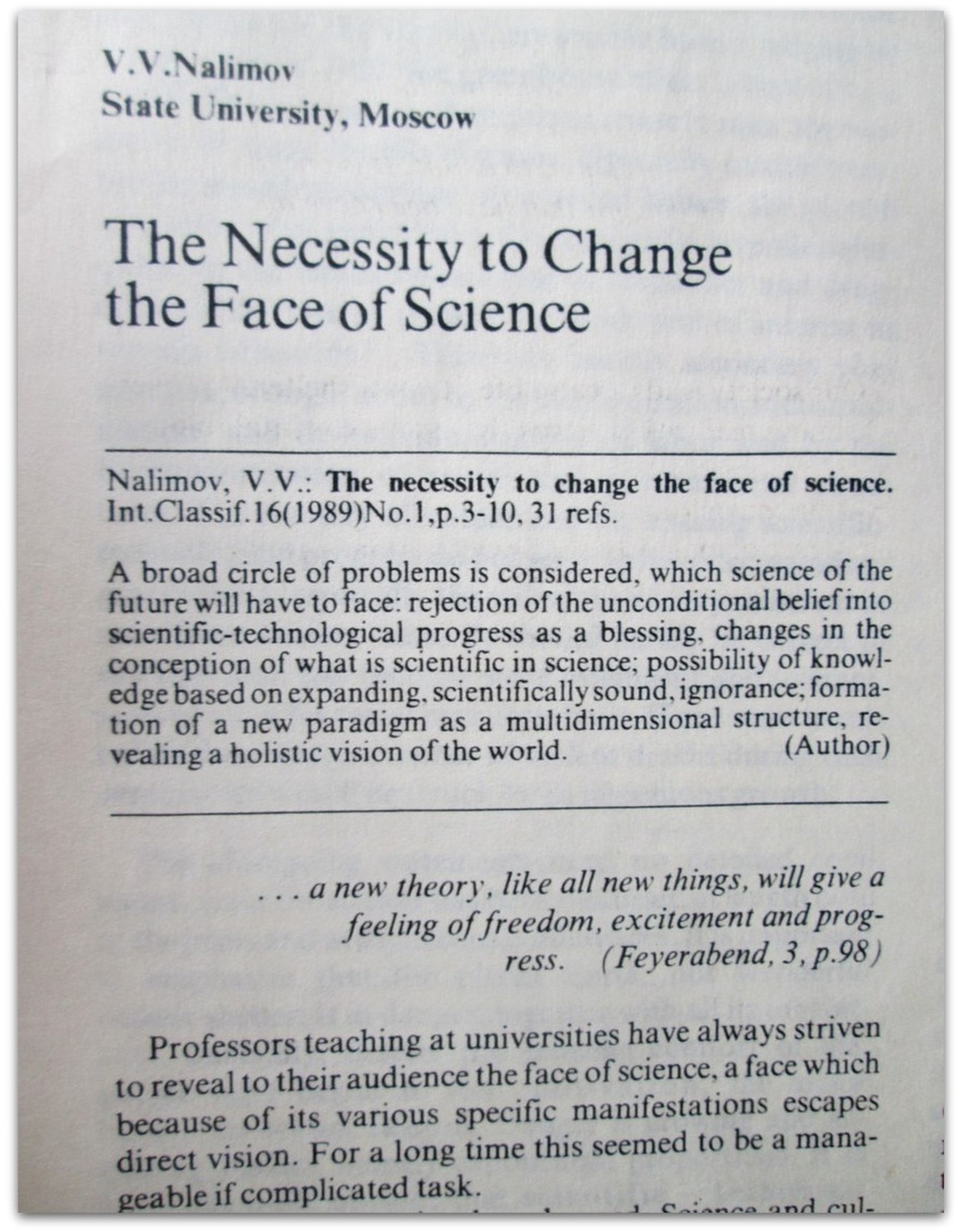 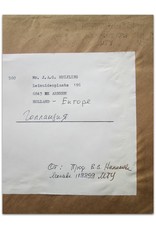 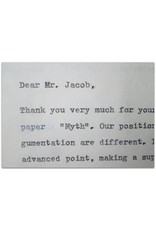 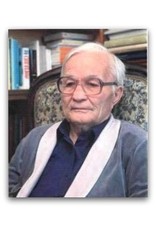 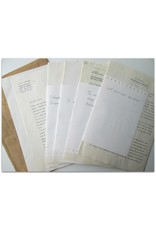 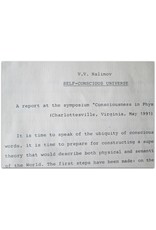 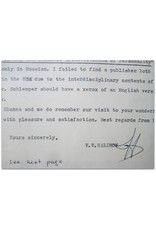 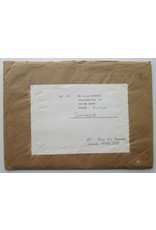 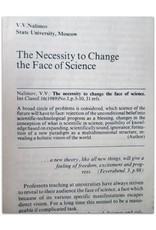 Letter addressed to the Arnhem artist (and gnosis expert) J.A.G. Ruijling (1949-2014). The Moscow professor thanks Jacob for his letter and his text 'Myth': "Our positions are very close, [...]." I am mailing some of my articles, and hope we'll have the opportunity to discuss all those topics personally ".

The letter is in fact an accompanying letter to a valuable package of texts (including copies of hand-corrected typescripts) from Nalimov: 1. The Necessity to Change the Face of Science (8 sheets); 2. Is Consciousness ubiquitous? (22 sh); 3. Silouettes [sic] of the Free University of the XXI Century (23 sh); 4. Self Conscious Universe (8 sh). Nalimov also mentions a book of his that has only been published in Russian (entitled 'Spontaneity of Consciousness. Probabilistic Theory of Meaning and Semantic Architectonics of Personality') because: "I failed to find a publisher both in Europe and in the USA due to the interdisciplinary contents of the book ".

¶ The Russian philosopher and humanist Vasiliy Vasilievich Nalimov (1910-1997) wrote about transpersonal psychology. His main areas of research were the philosophy of probability and its biological, mathematical and linguistic manifestations. He also studied the role of Gnosticism and mysticism in science.