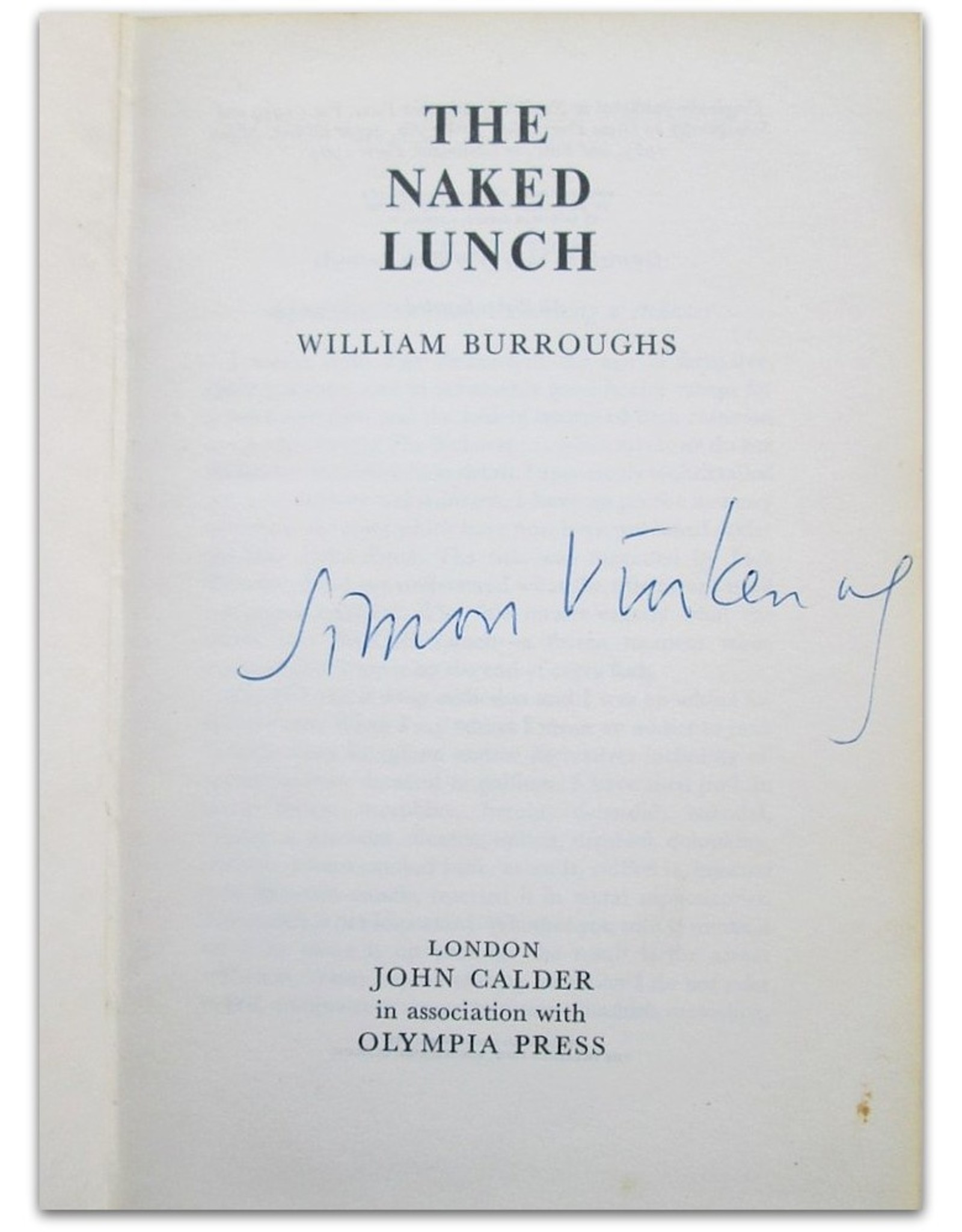 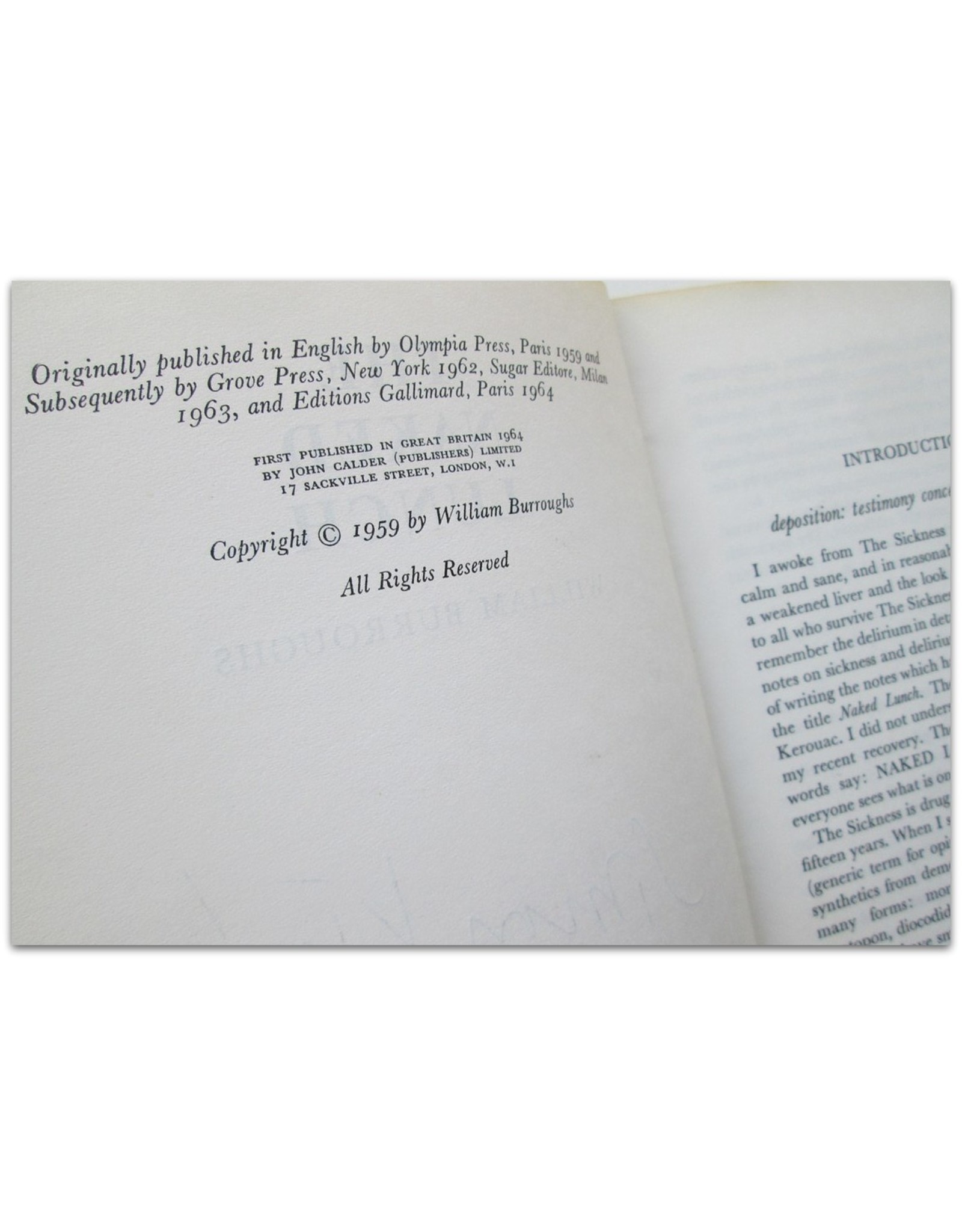 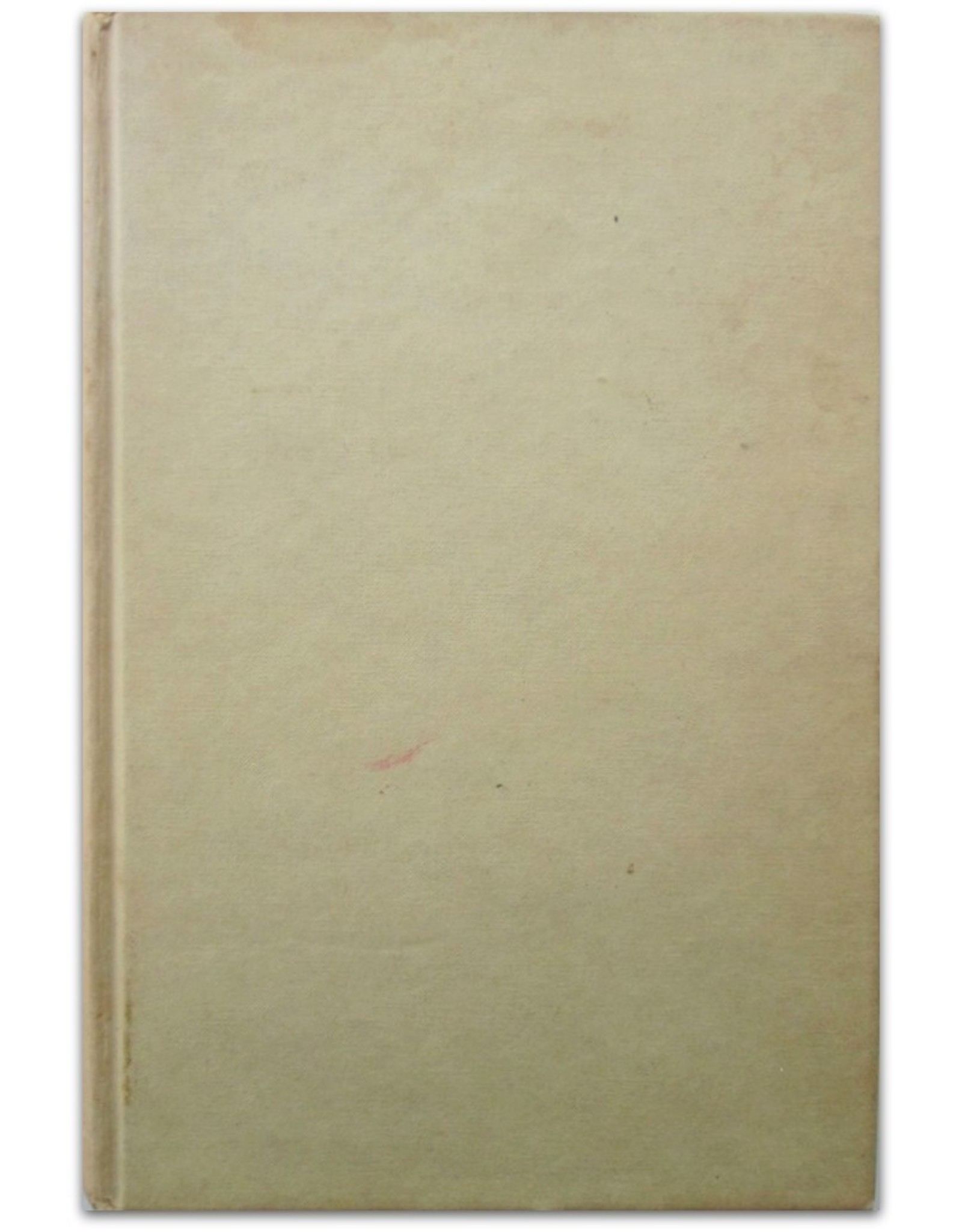 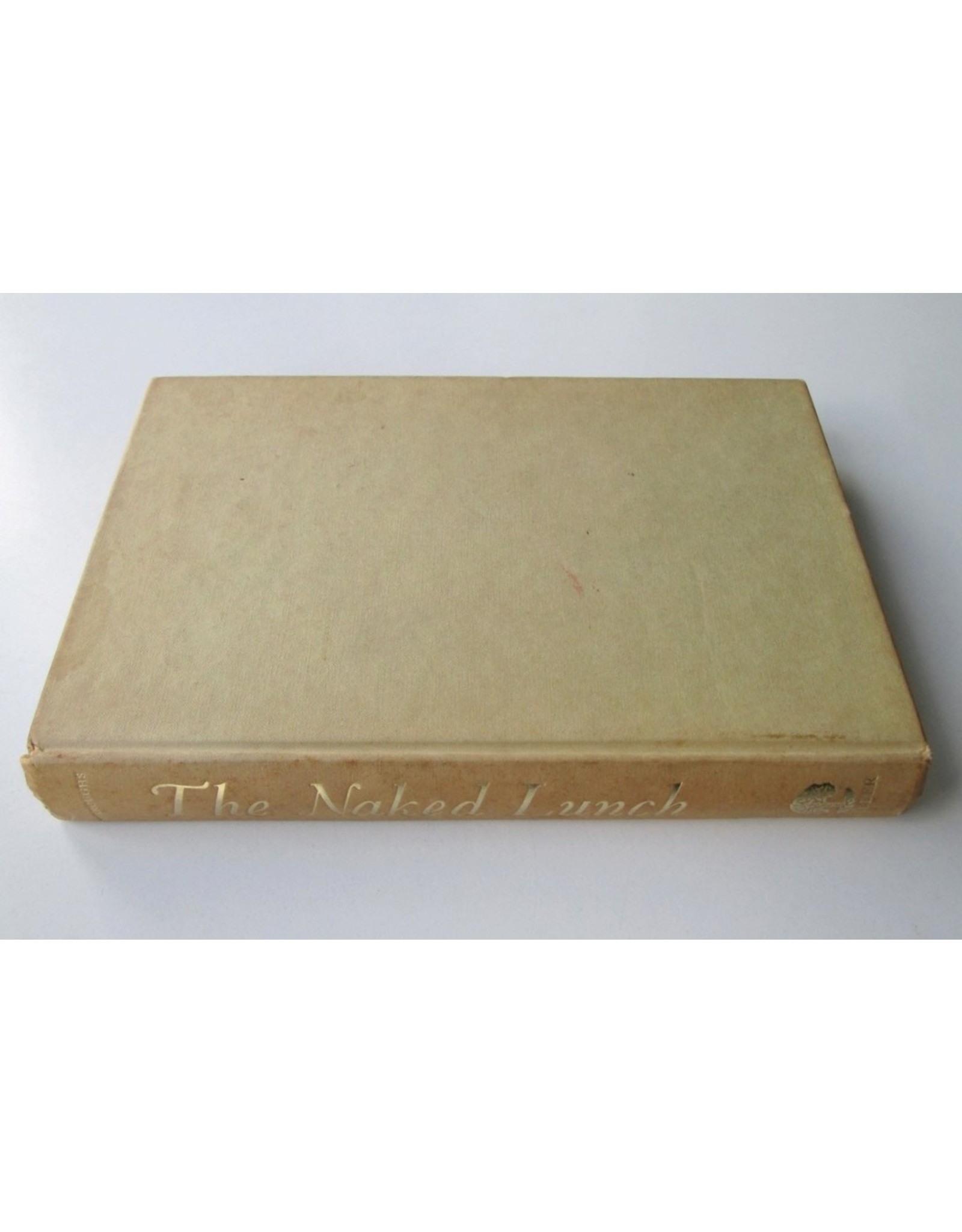 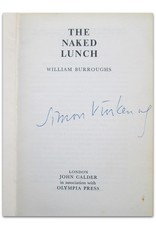 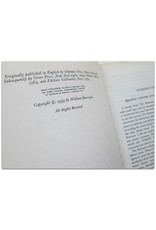 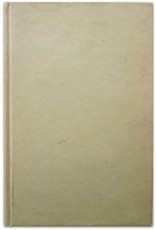 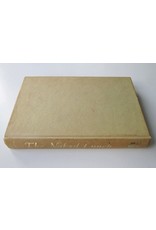 Condition: Good - from the property of- & SIGNED by the only Dutch Beatnik Simon Vinkenoog (and on some places with his markings / stains). Without dust jacket.

First UK edition of the classic cultbook on drugs and life as a junkie by American author William Seward Burroughs II (1914-1997), published in association with the Olympia Press. Originally published in English in Paris (1959) and subsequently in New York, Milan and - again Paris. This being the fifth edition of this title.

¶ William Burroughs was (along with Jack Kerouac, Allen Ginsberg and Gregory Corso) one of the most famous writers of the Beat Generation. In old age he worked together with Kurt Cobain from Nirvana and the pop group U2. Naked Lunch is his best known work. 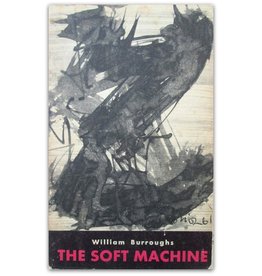 First edition of this experimental novel, COMPLETE with the dust jacket and with signature of the only Dutch Beatnik Simon Vinkenoog.
Add to cart
William Burroughs - The Soft Machine - 1961
€200,00
Please accept cookies to help us improve this website Is this OK? Yes No More on cookies »