D.A.F. De Sade - The 120 Days of Sodom or : The Romance of the School of Libertinage. Being an English rendering of Les 120 Journées de Sodome

Home / - The 120 Days of Sodom or : The Romance of the School of Libertinage. Being an English rendering of Les 120 Journées de Sodome 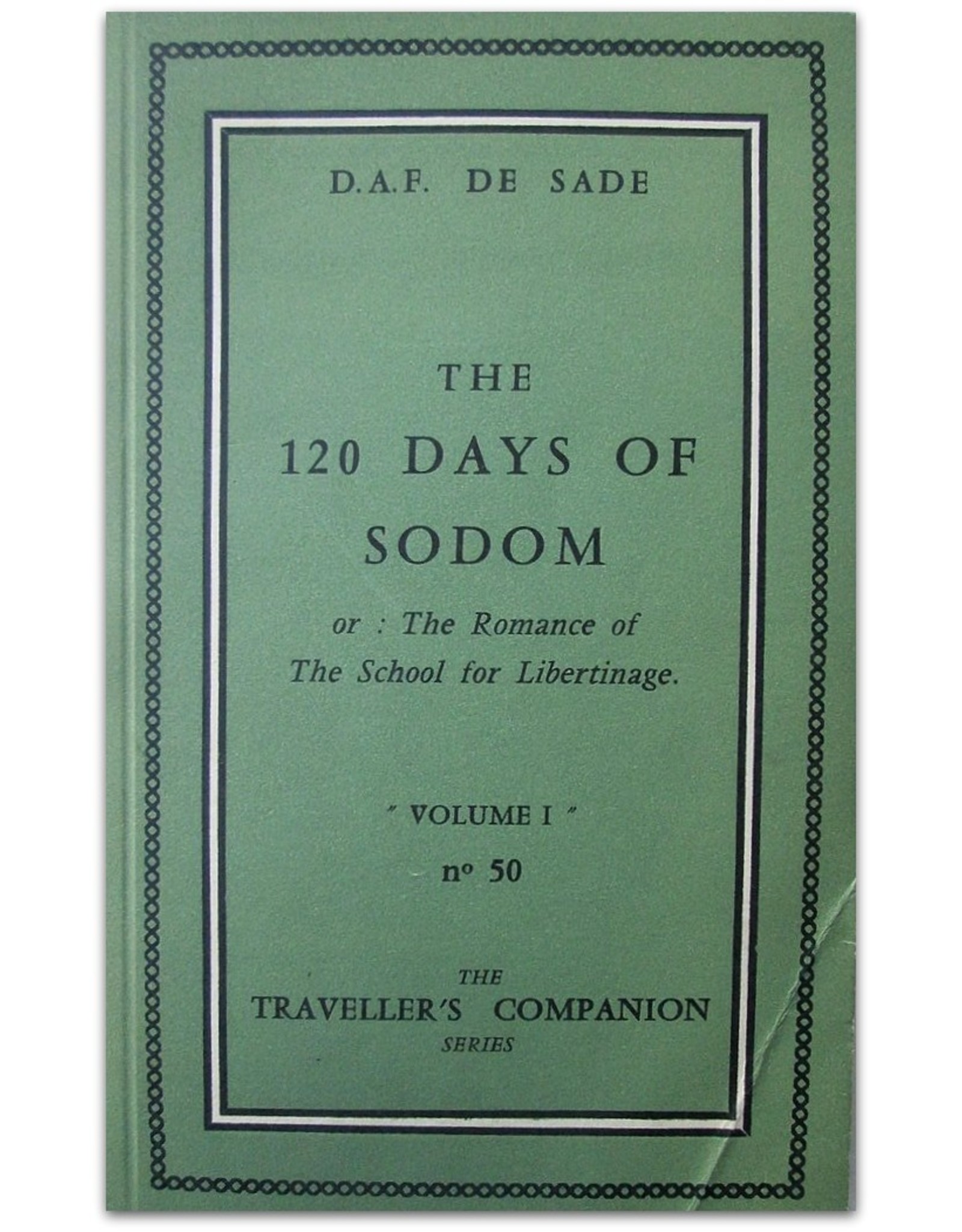 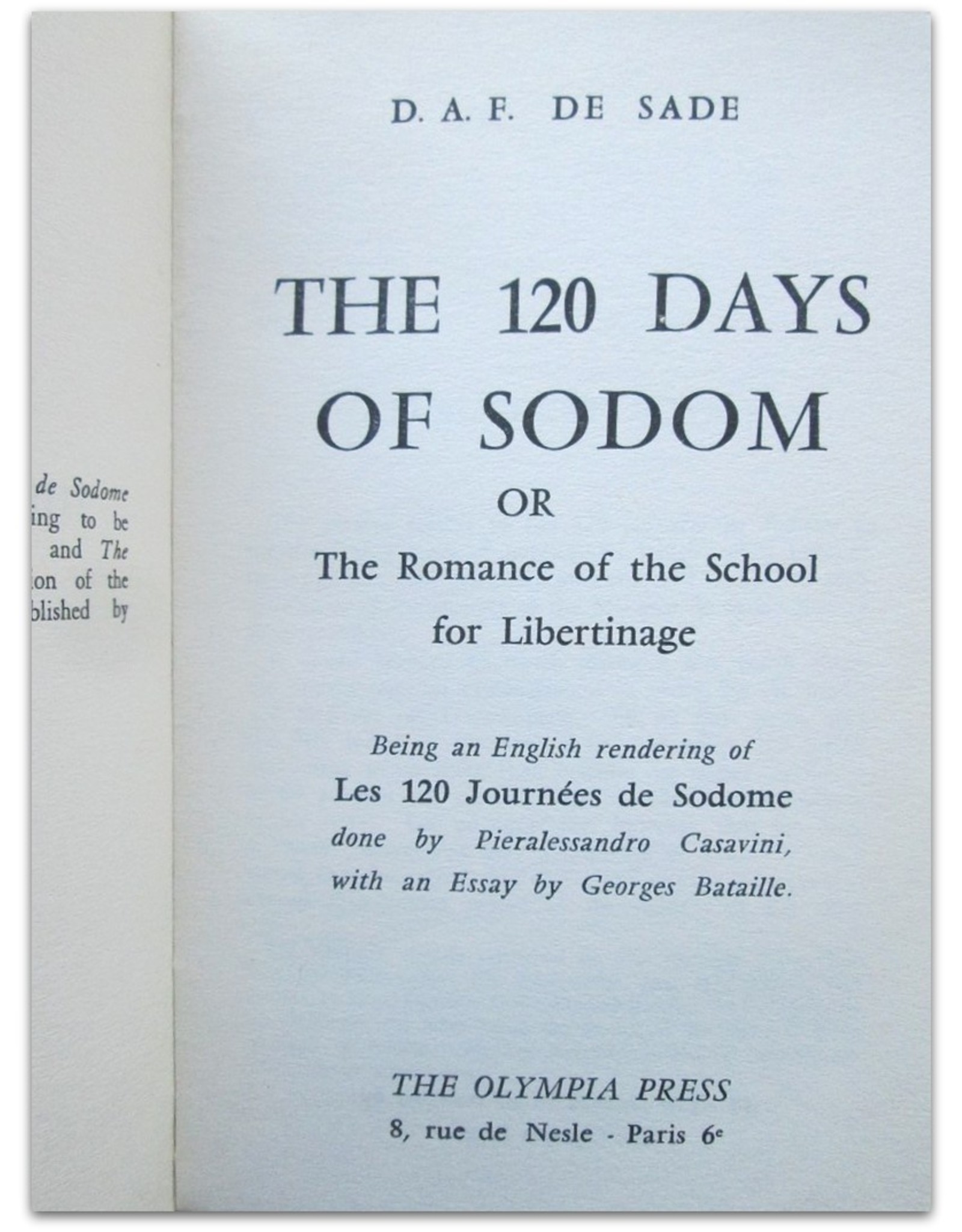 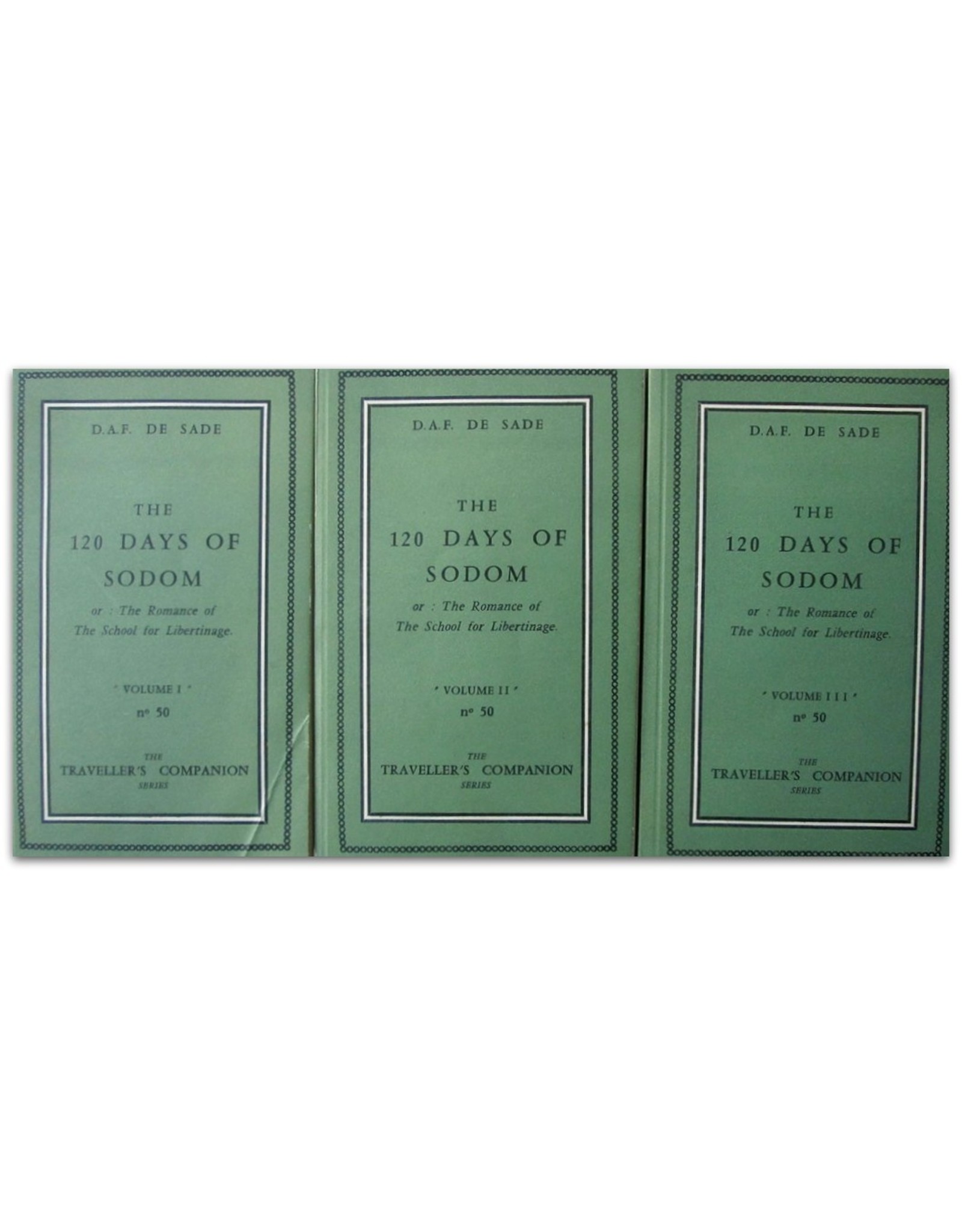 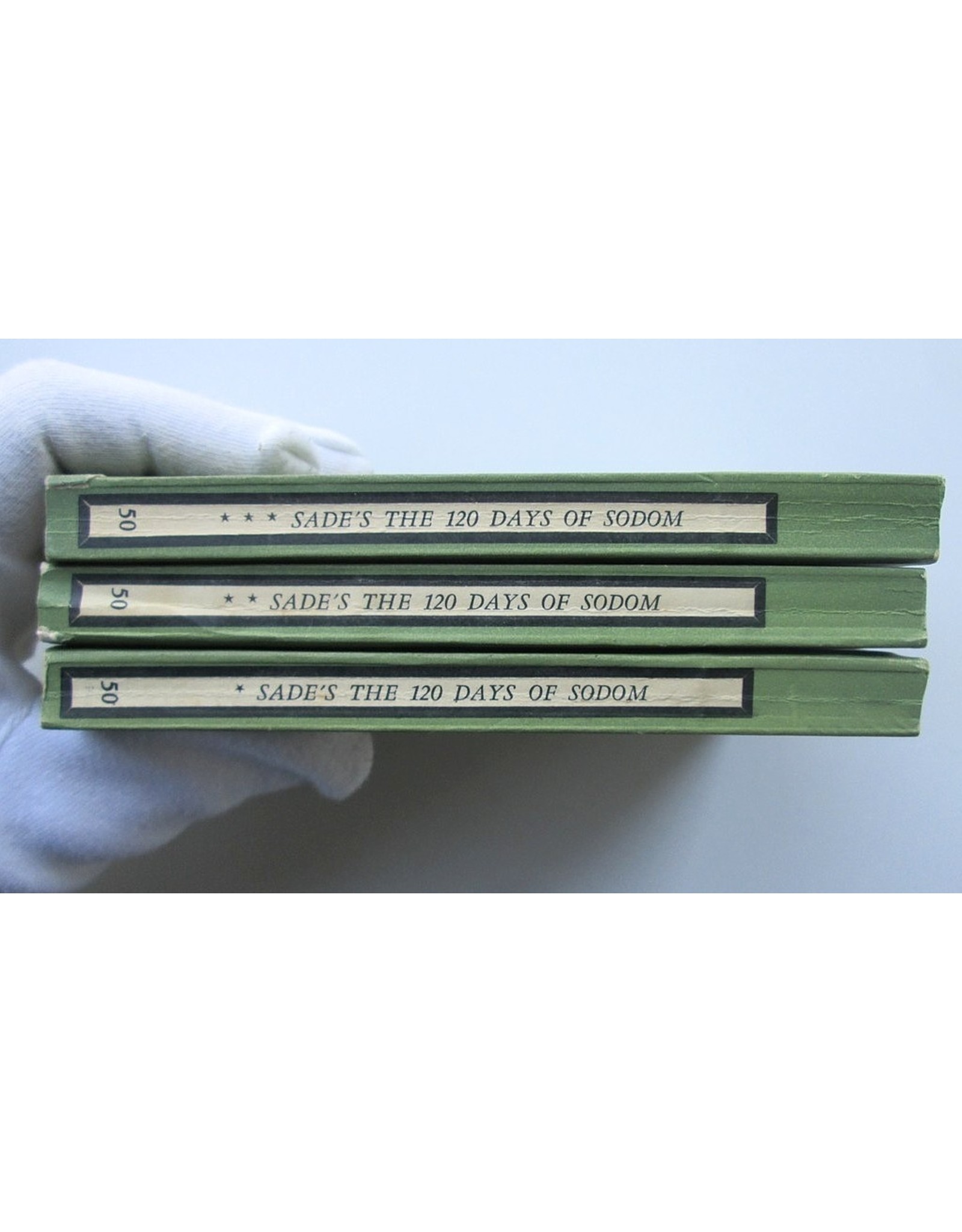 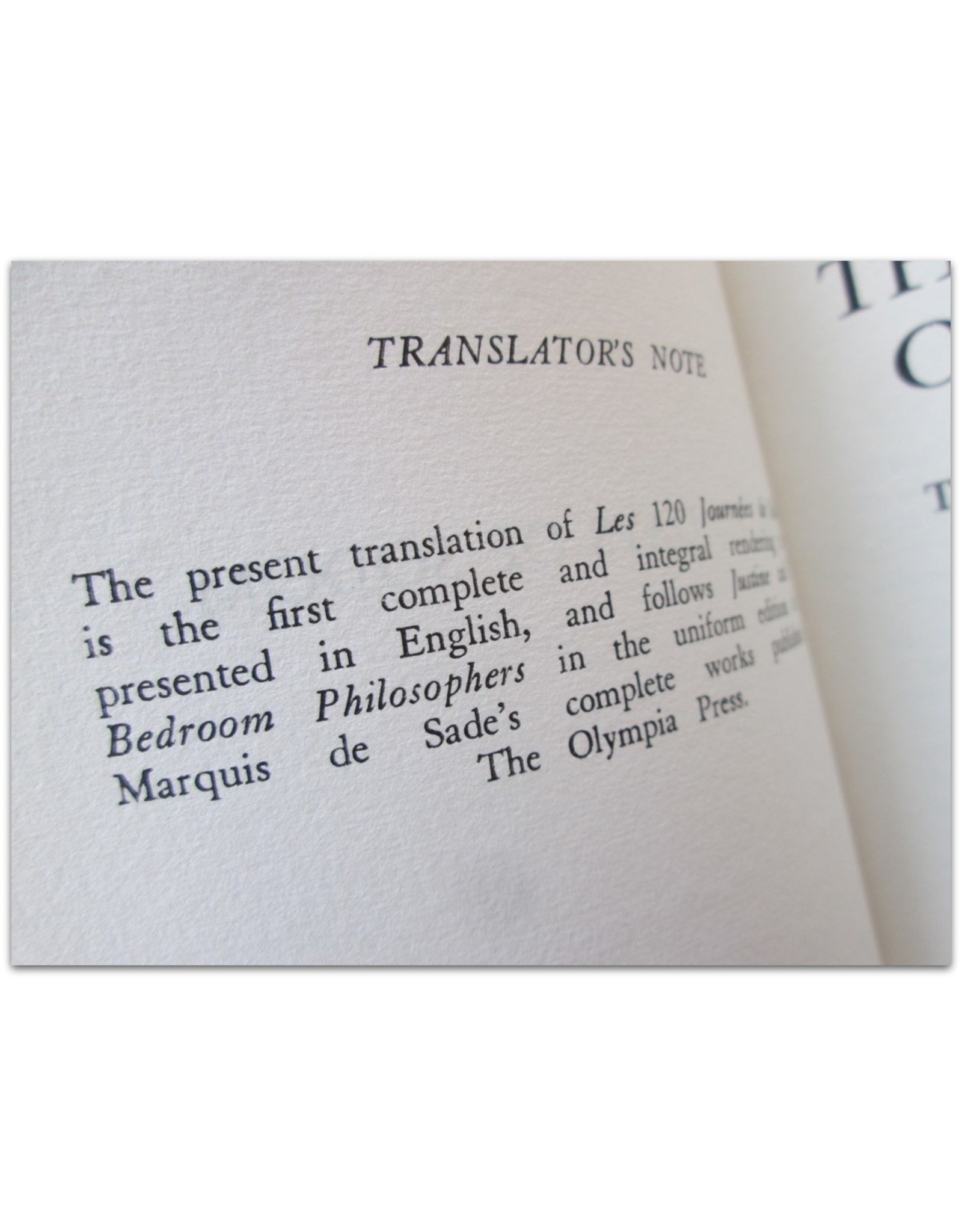 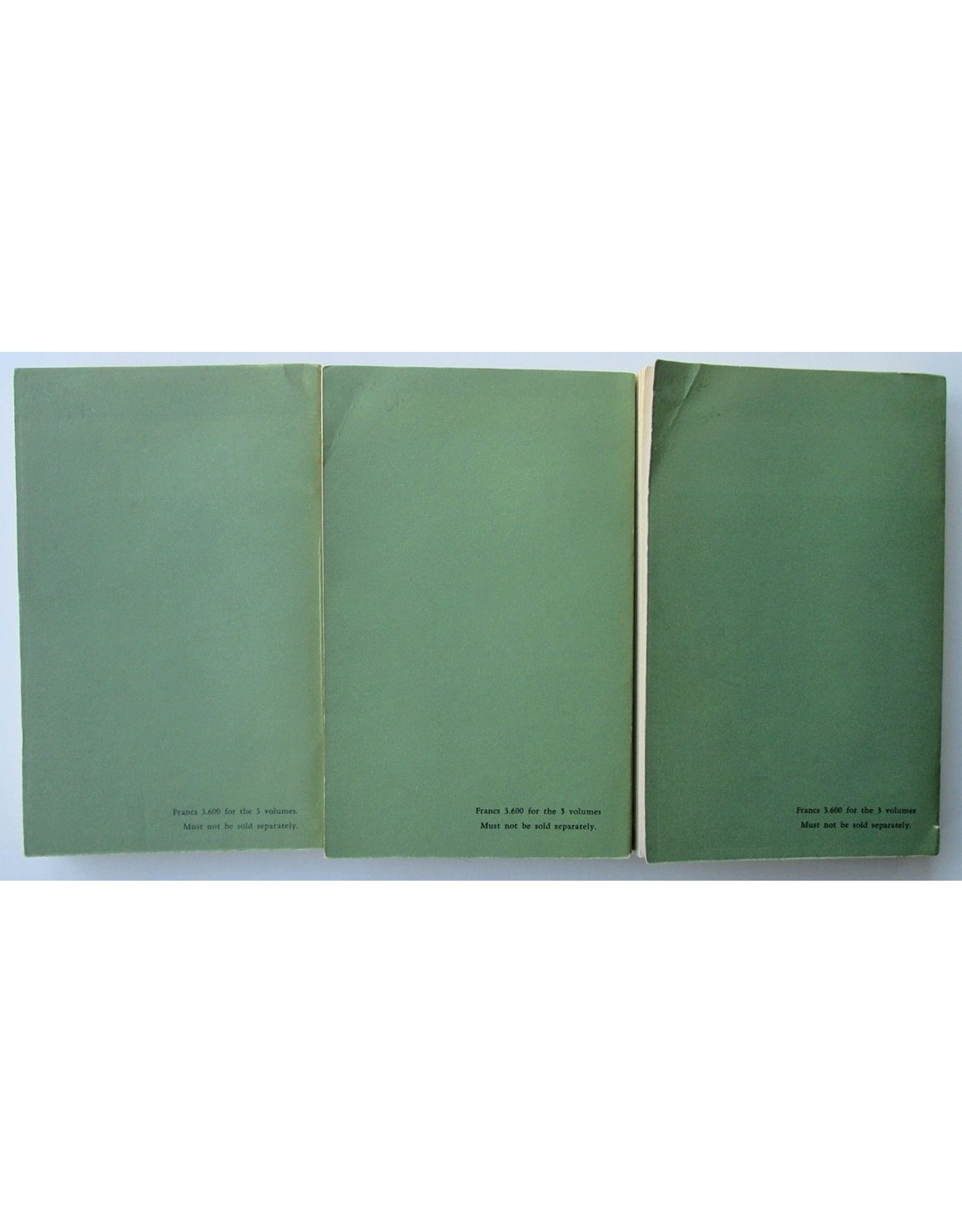 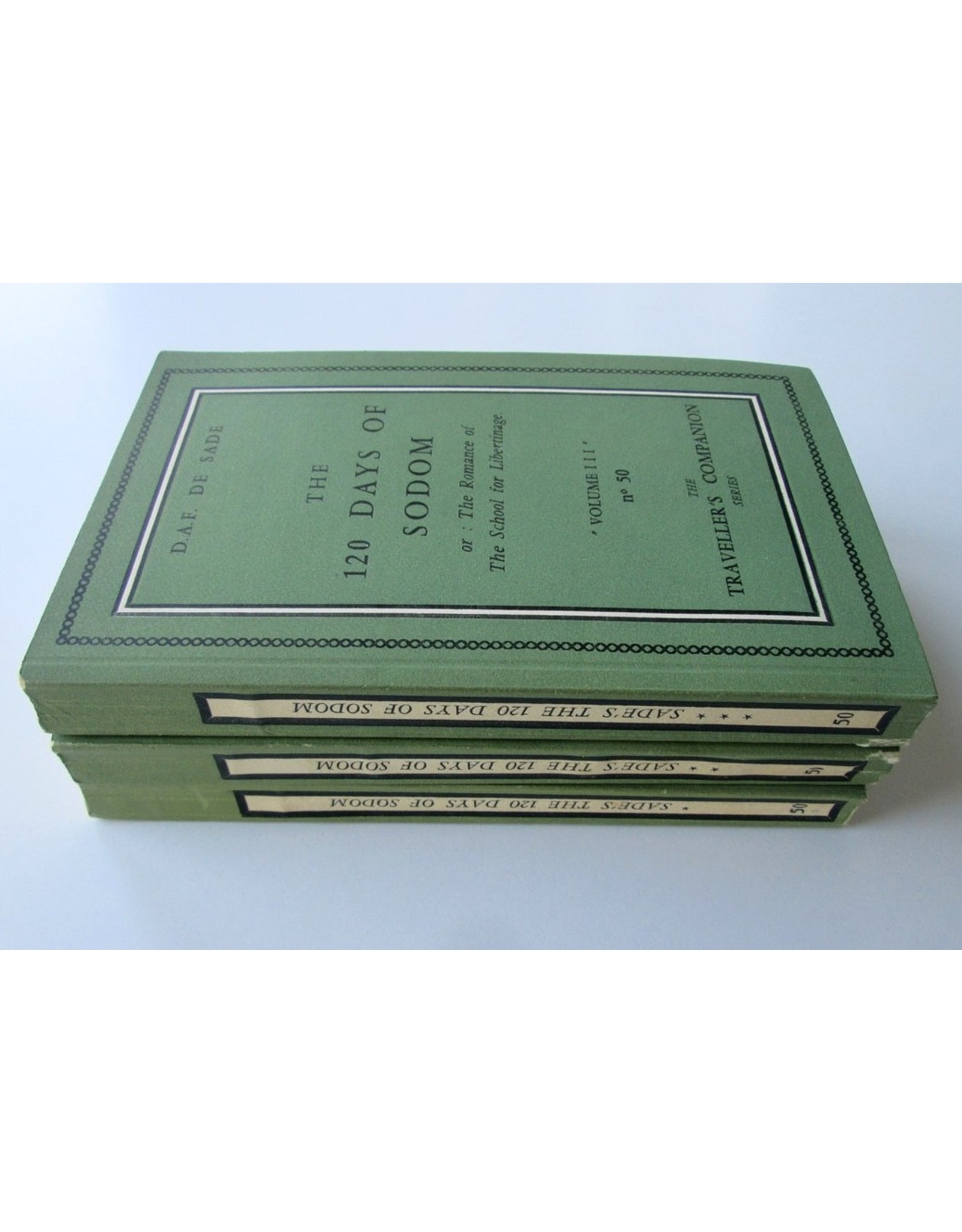 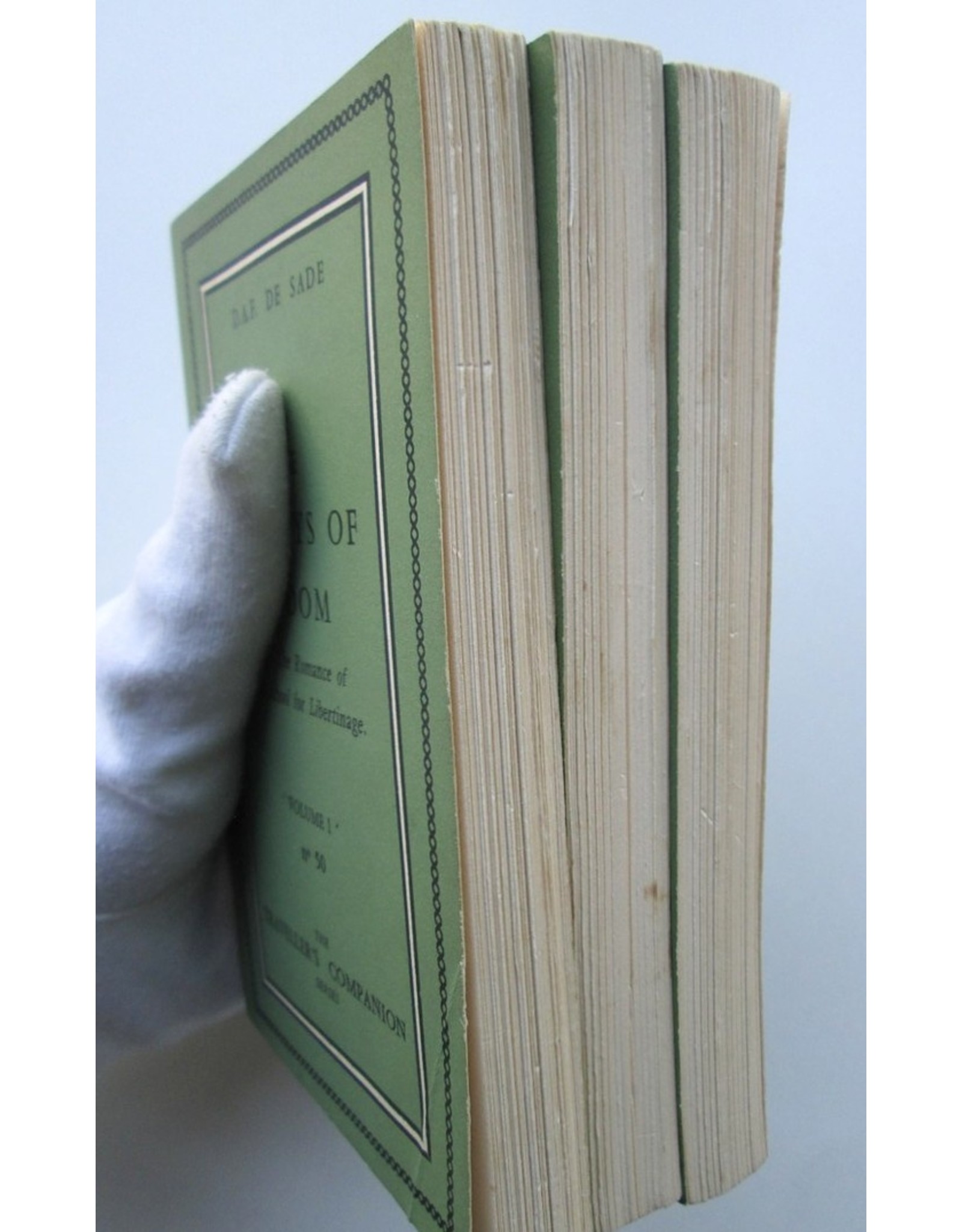 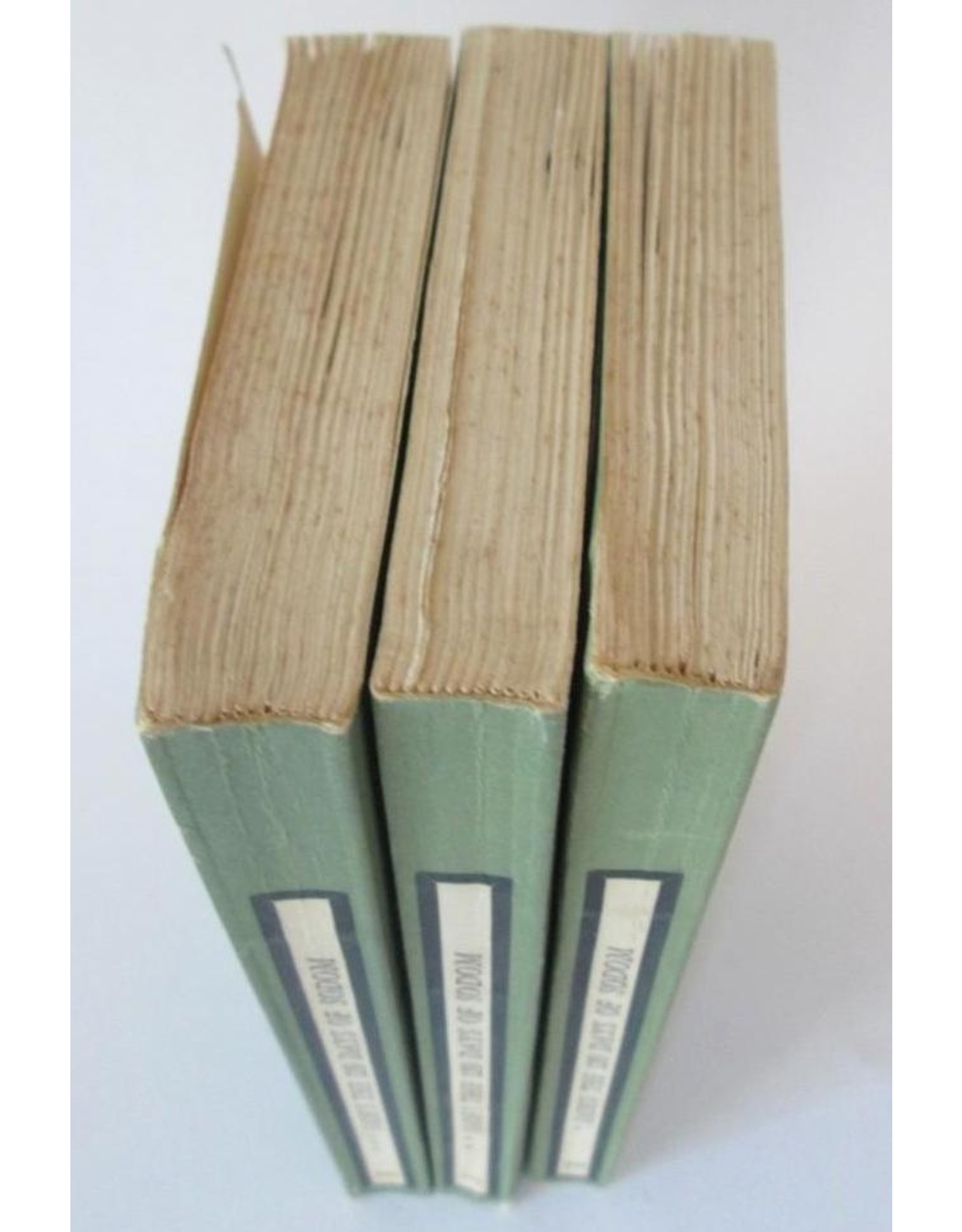 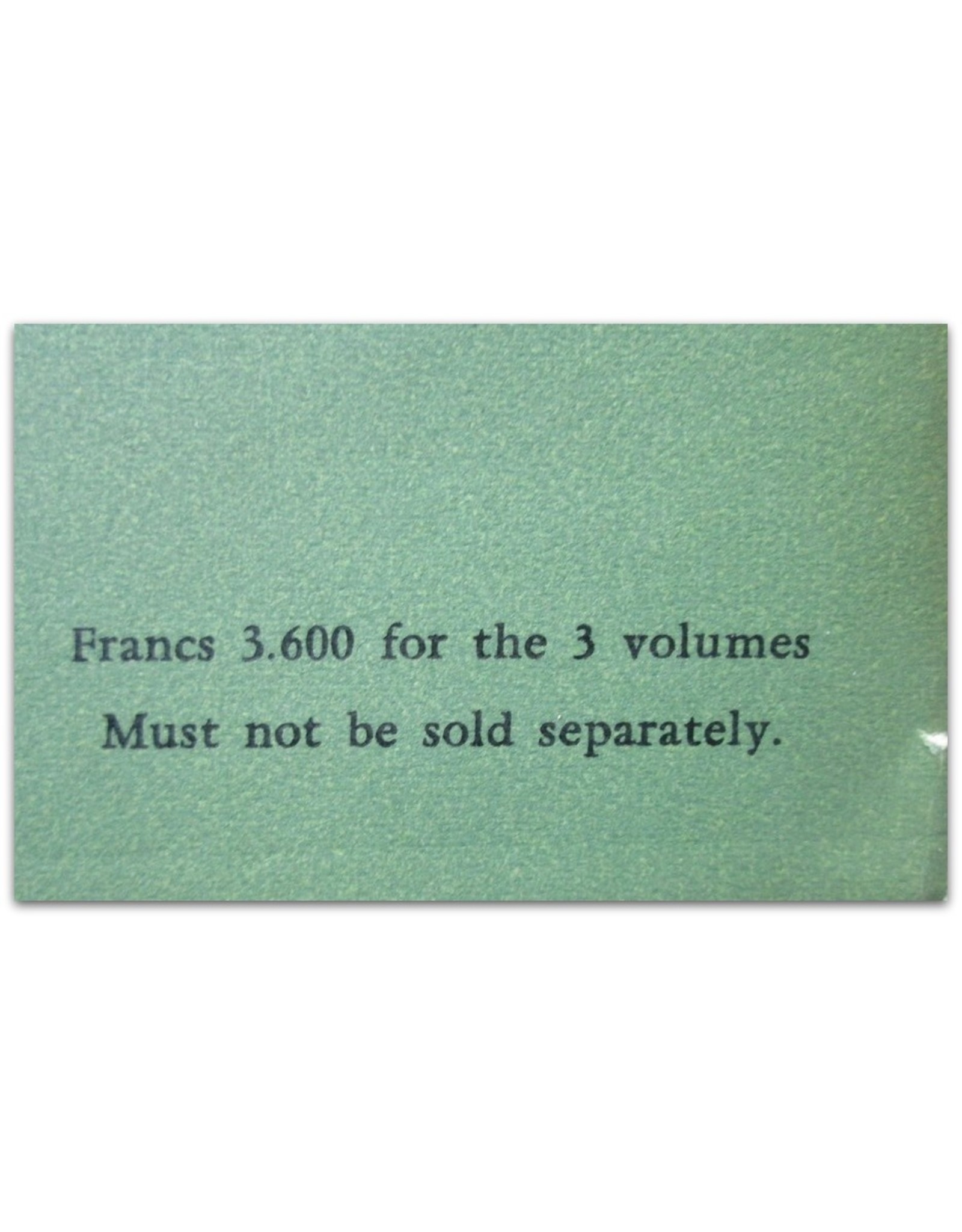 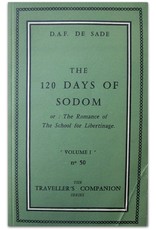 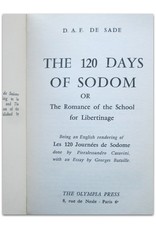 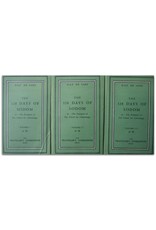 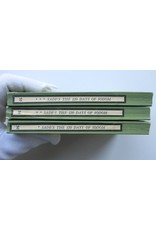 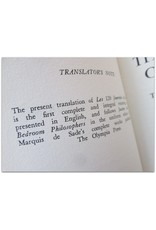 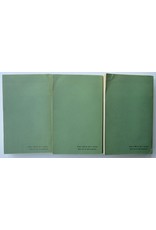 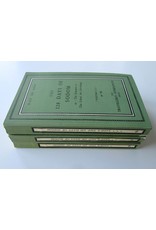 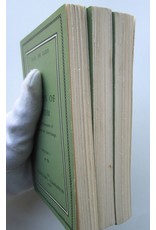 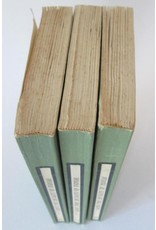 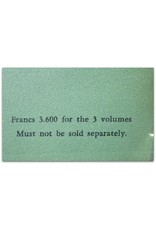 Complete set in three volumes of the first complete English translation [under pseudonym by Austryn Wainhouse] of the classic SM story by the libertine Marquis Donatien-Alphonse-François De Sade (1740-1814). With an essay by Georges Bataille. No. 50 in The Traveller's Companion Series. Cf. Kearney 125.

¶ In 1975 the Italian film Salò o le 120 giornate di Sodoma appeared, based on the book (1785) by De Sade. Salò (banned in several countries because of the horrifying images) was intended as the first part of a movie trilogy; the Trilogy of Death. However, Salò never got a sequel, because director Pier Paolo Pasolini was murdered a few months after the film was completed. A crime that was never resolved. 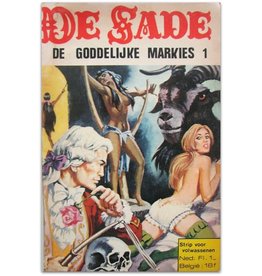 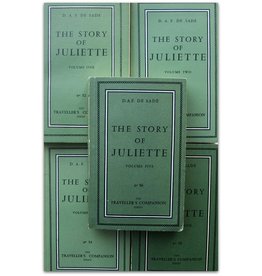 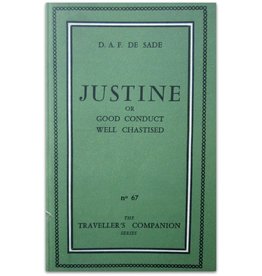 Full English translation of the classic SM story of the libertine Marquis!
Add to cart
D.A.F. De Sade - Justine - 1959
€45,00
Please accept cookies to help us improve this website Is this OK? Yes No More on cookies »