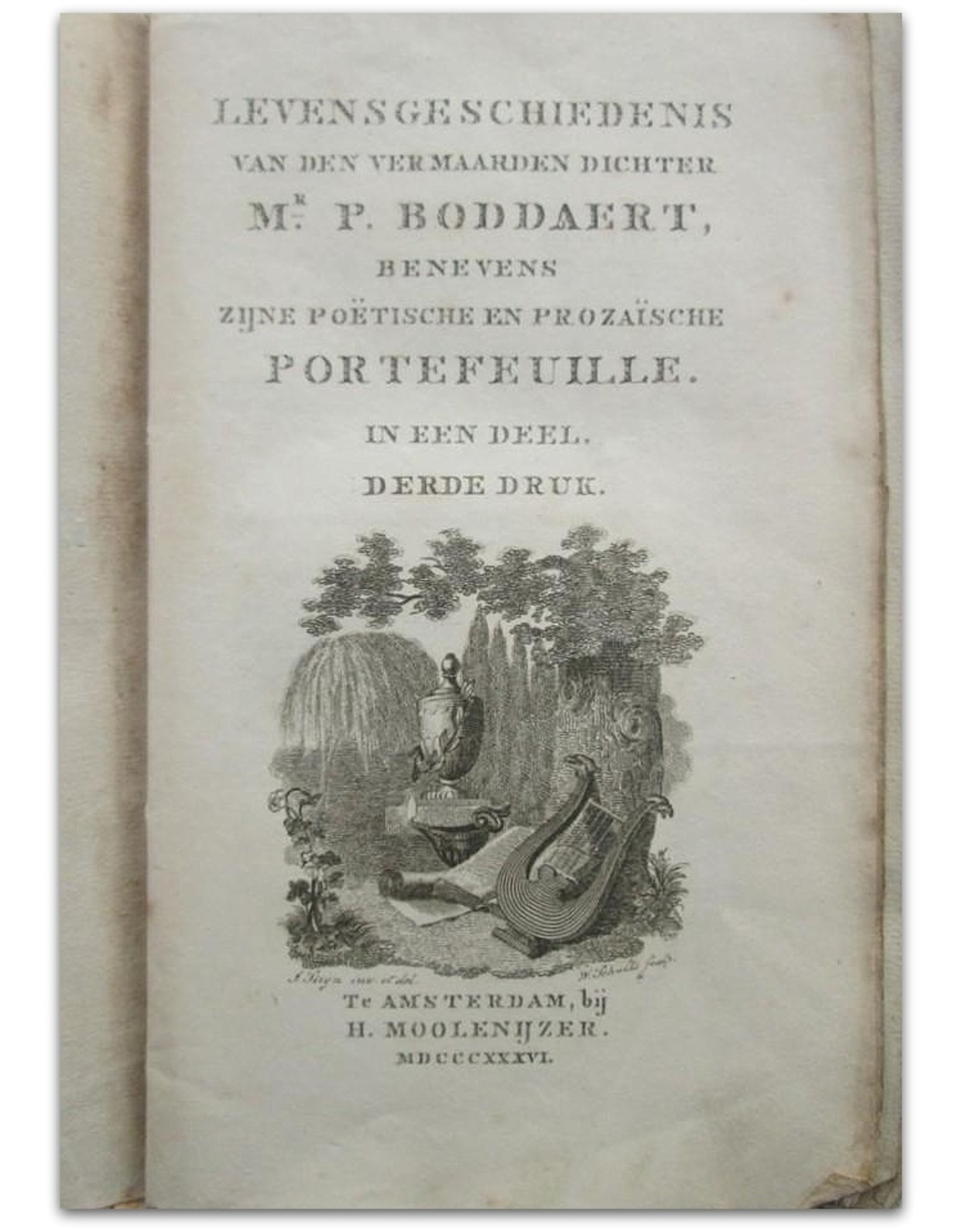 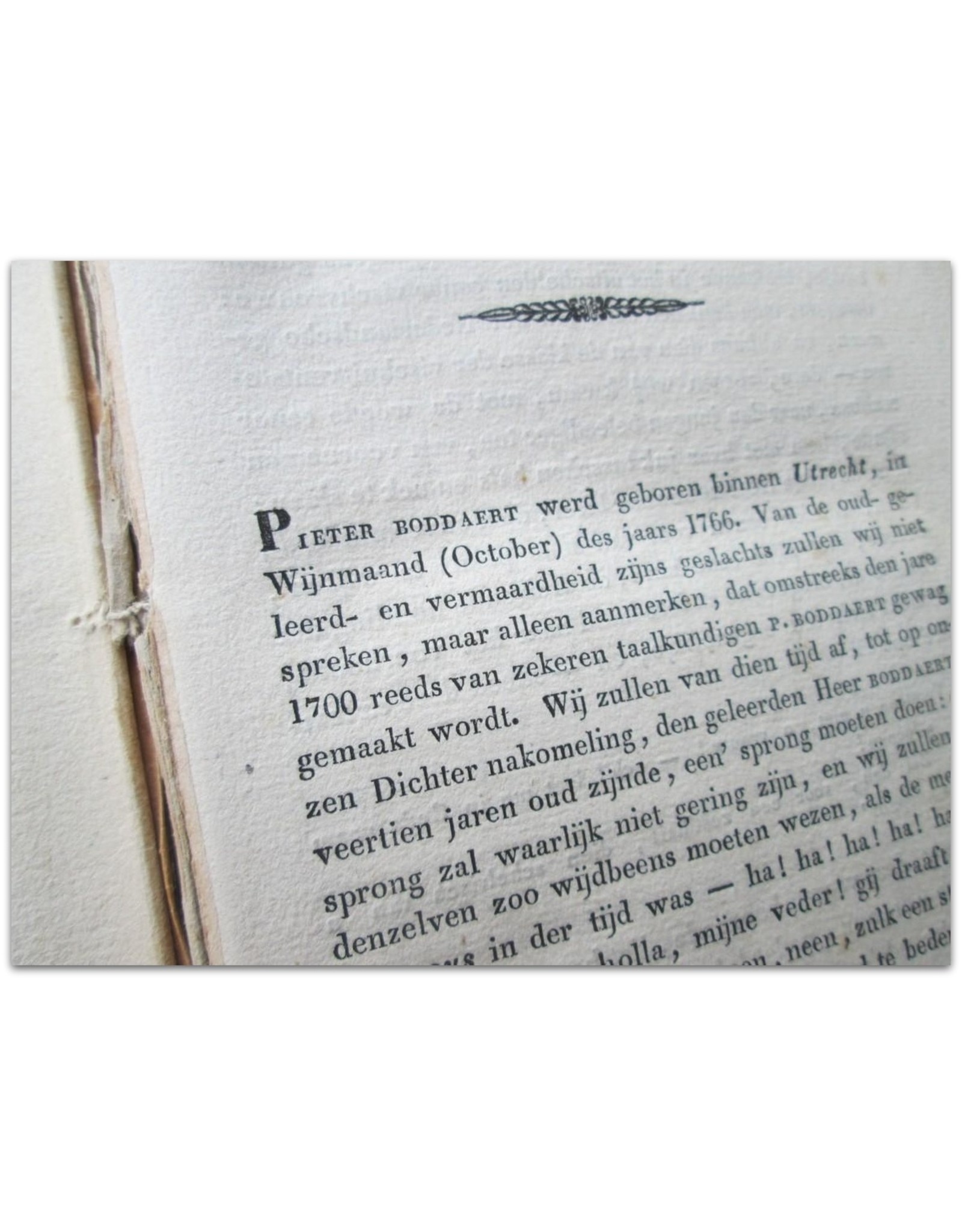 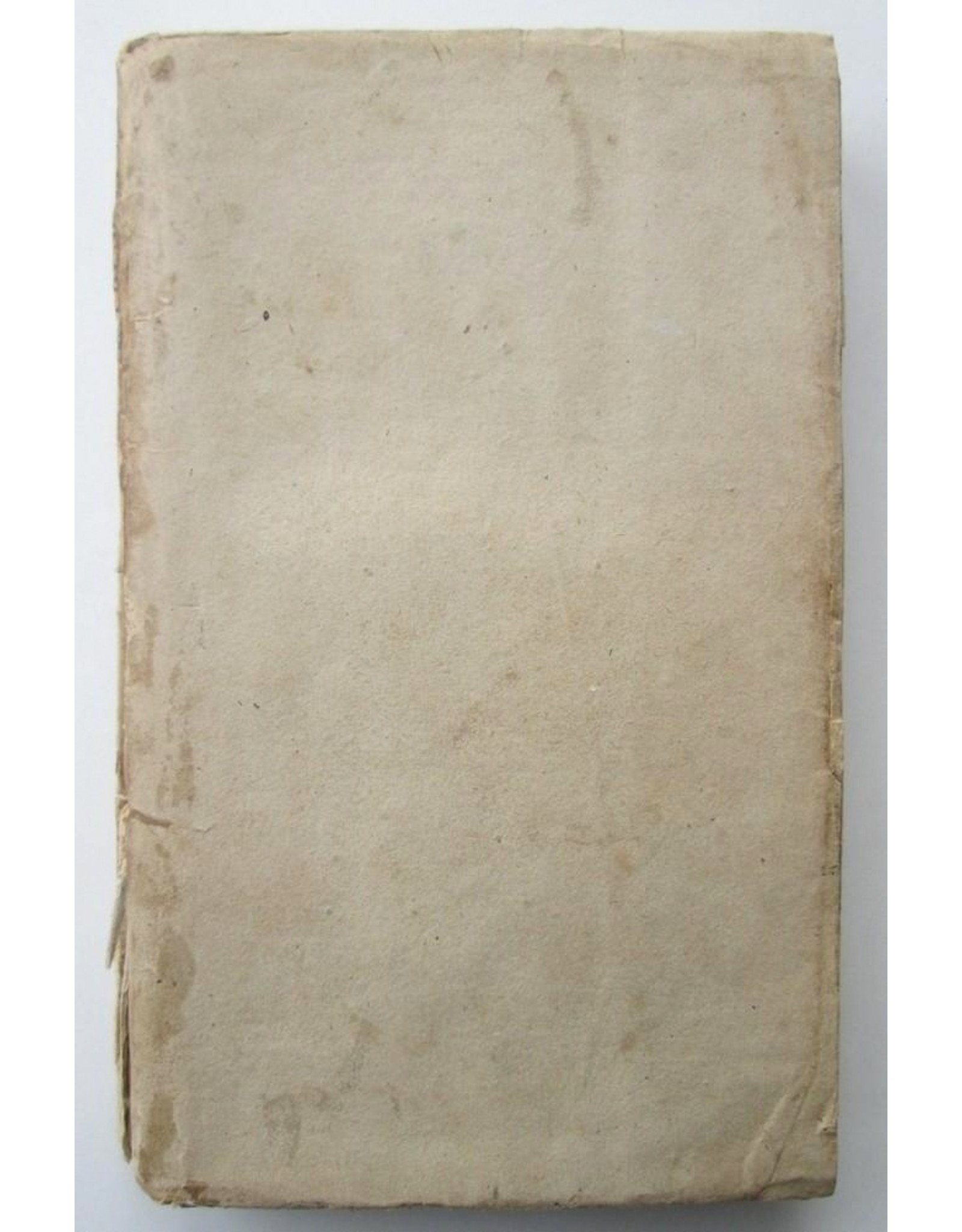 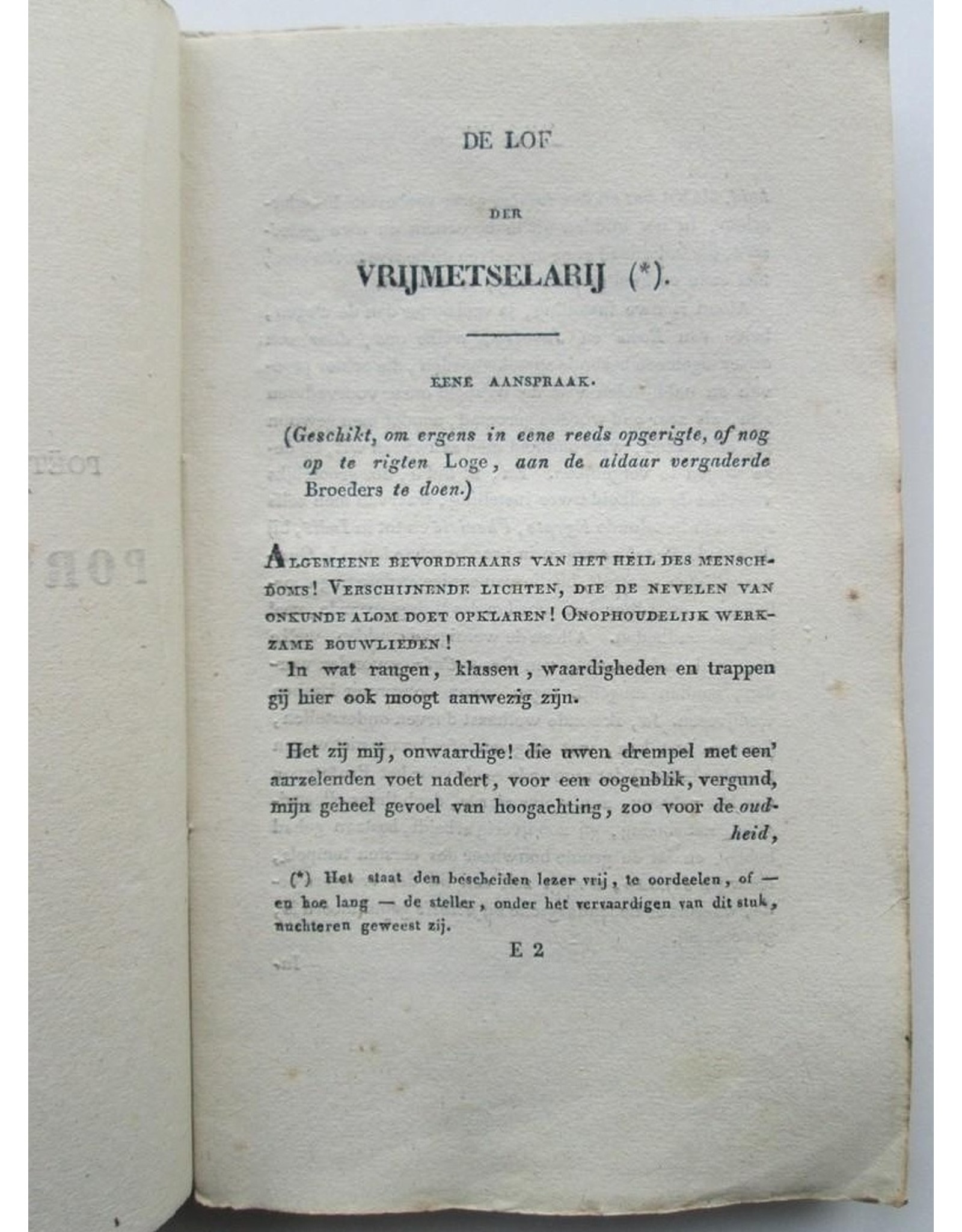 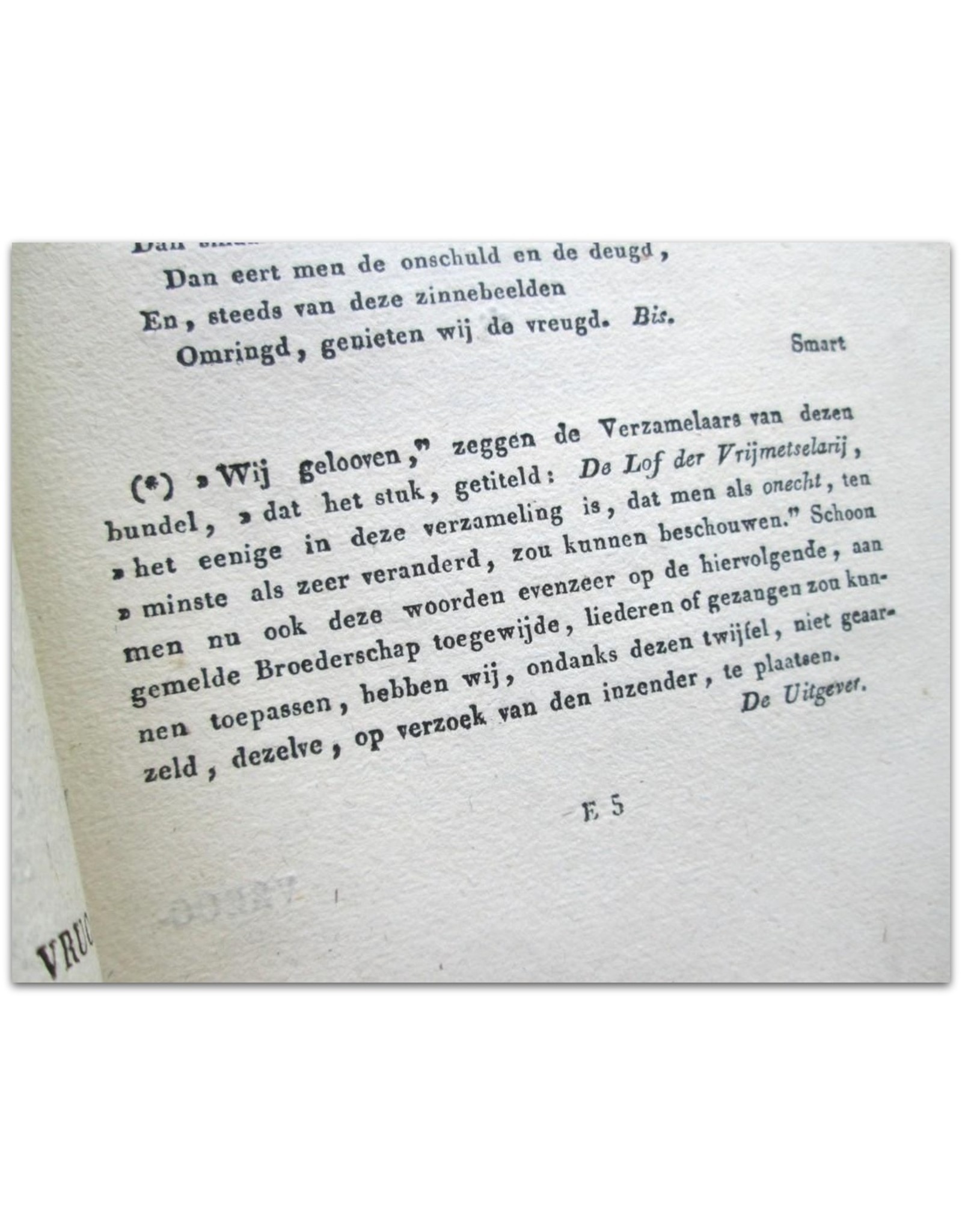 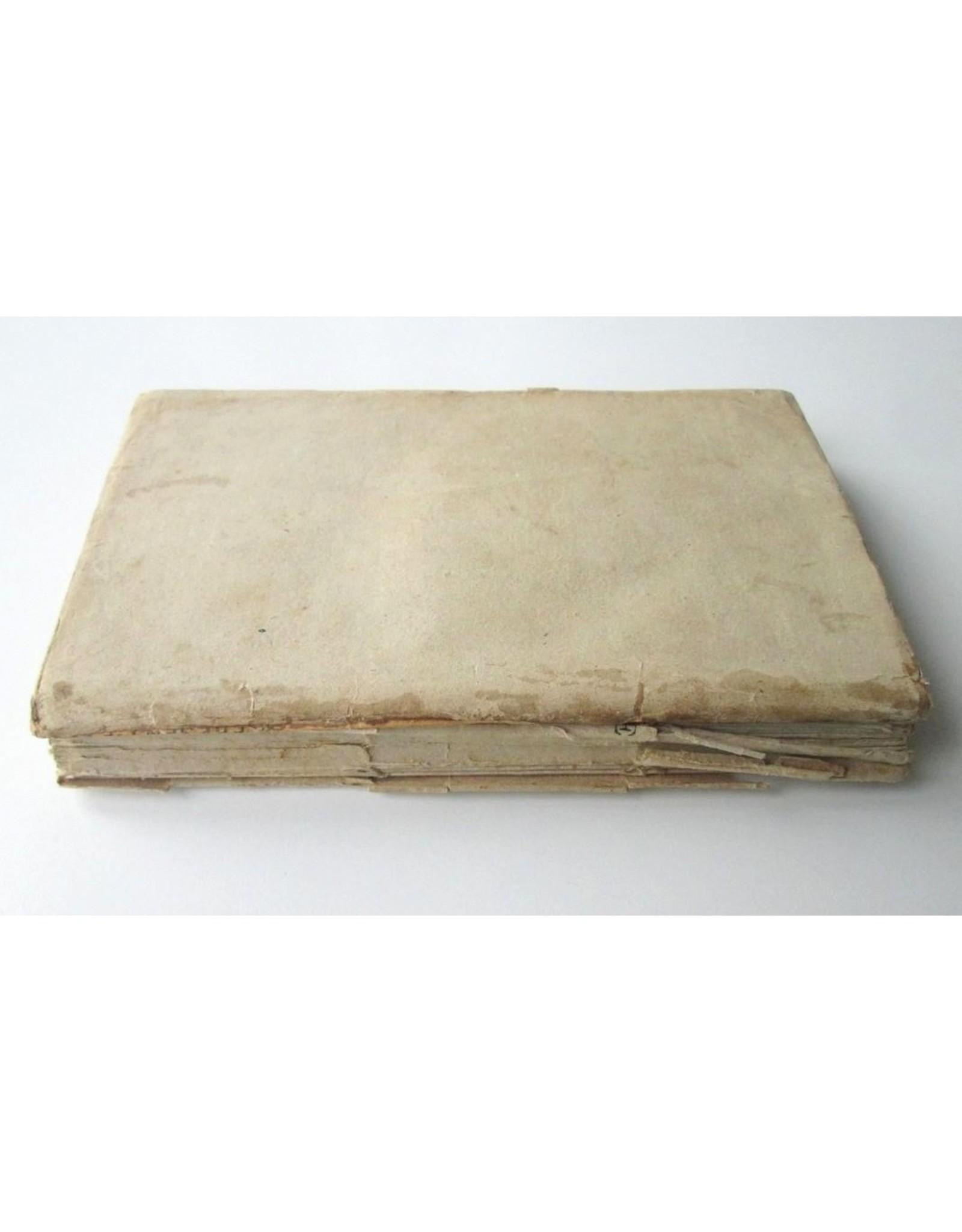 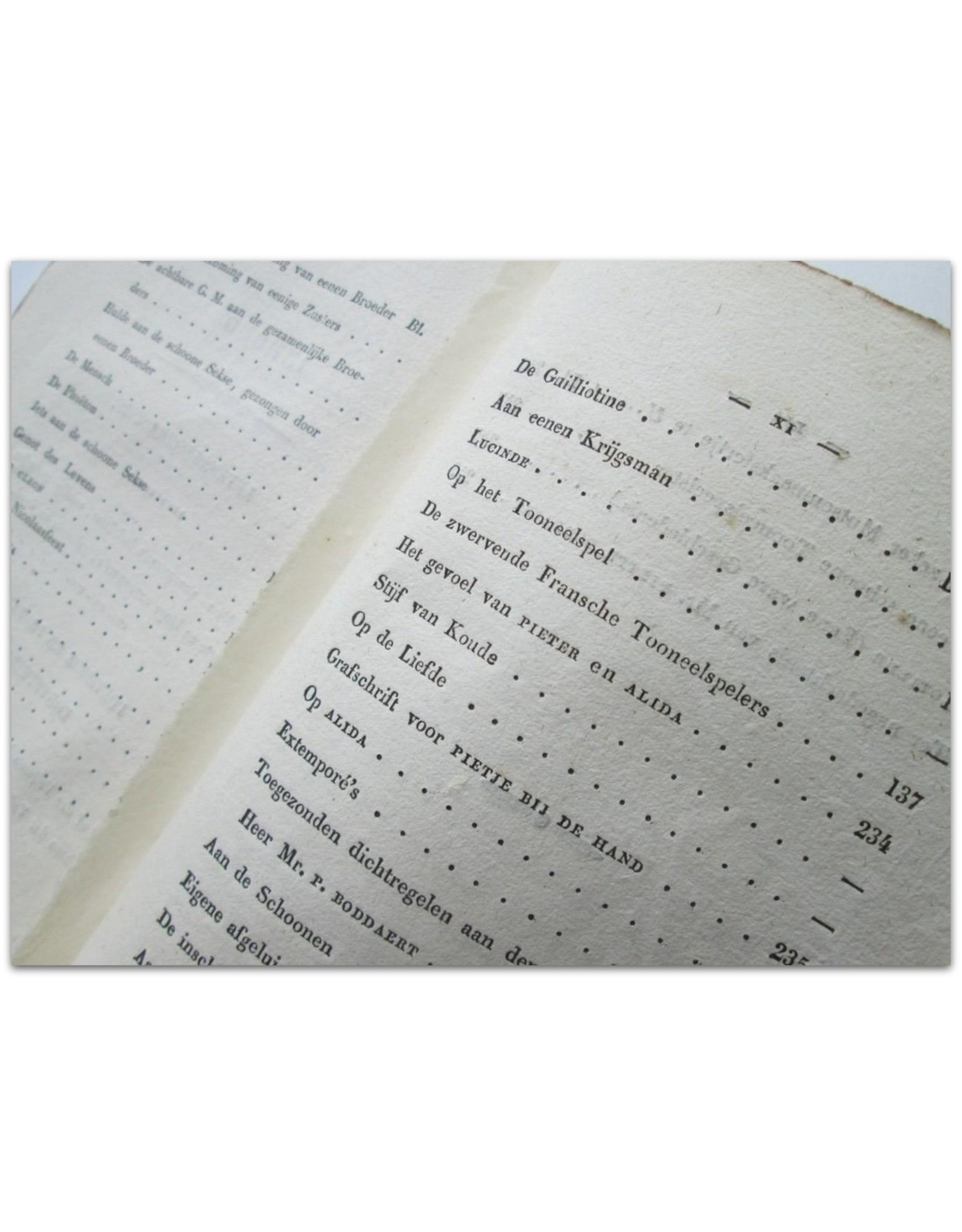 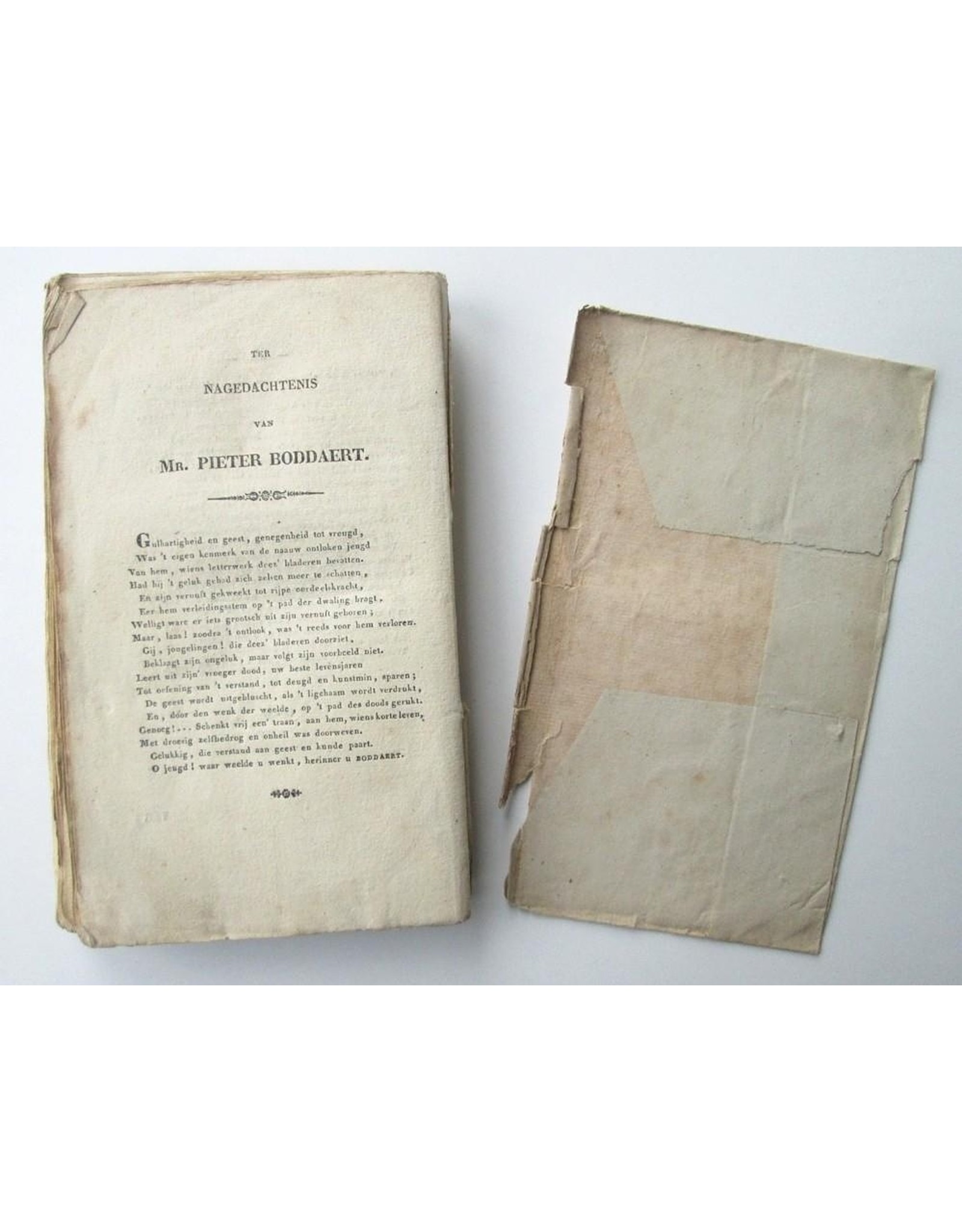 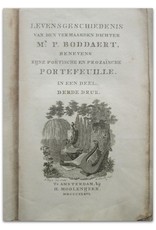 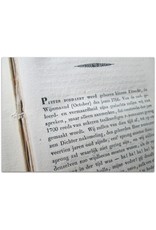 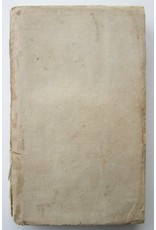 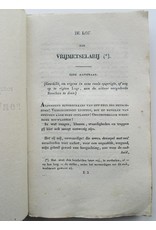 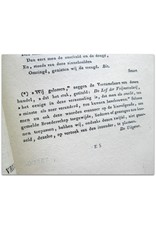 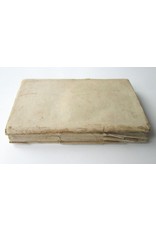 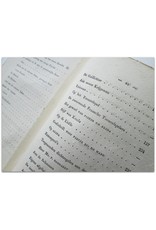 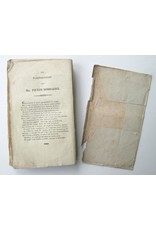 Condition: Vulnerable - spine worn off and back cover loose, book block has a weak binding but it is still intact and at least complete. Rare item.

Antiquarian booklet with popular anthology of the work of the Utrecht writer Pieter Boddaert Junior (1766-1805), the third edition is actually the seventh. Illustrated with engraved title page with vignette by W. Schults after J. Steijn. With table of contents. Contains, i.a., a poem on the occasion of the Saint Nicholas feast and six texts about Freemasonry (p. 67-80).

¶ Legend has it that just before he died (after falling on the ice of an Amsterdam canal) Boddaert asked forgiveness for his scandalous life. He was buried in the Janskerk in Utrecht, and apart from lovers of literature, his divers meant also "a sensitive blow to the Dutch distilled spirits and the capital whorehouses" - [transl. from Wikipedia].