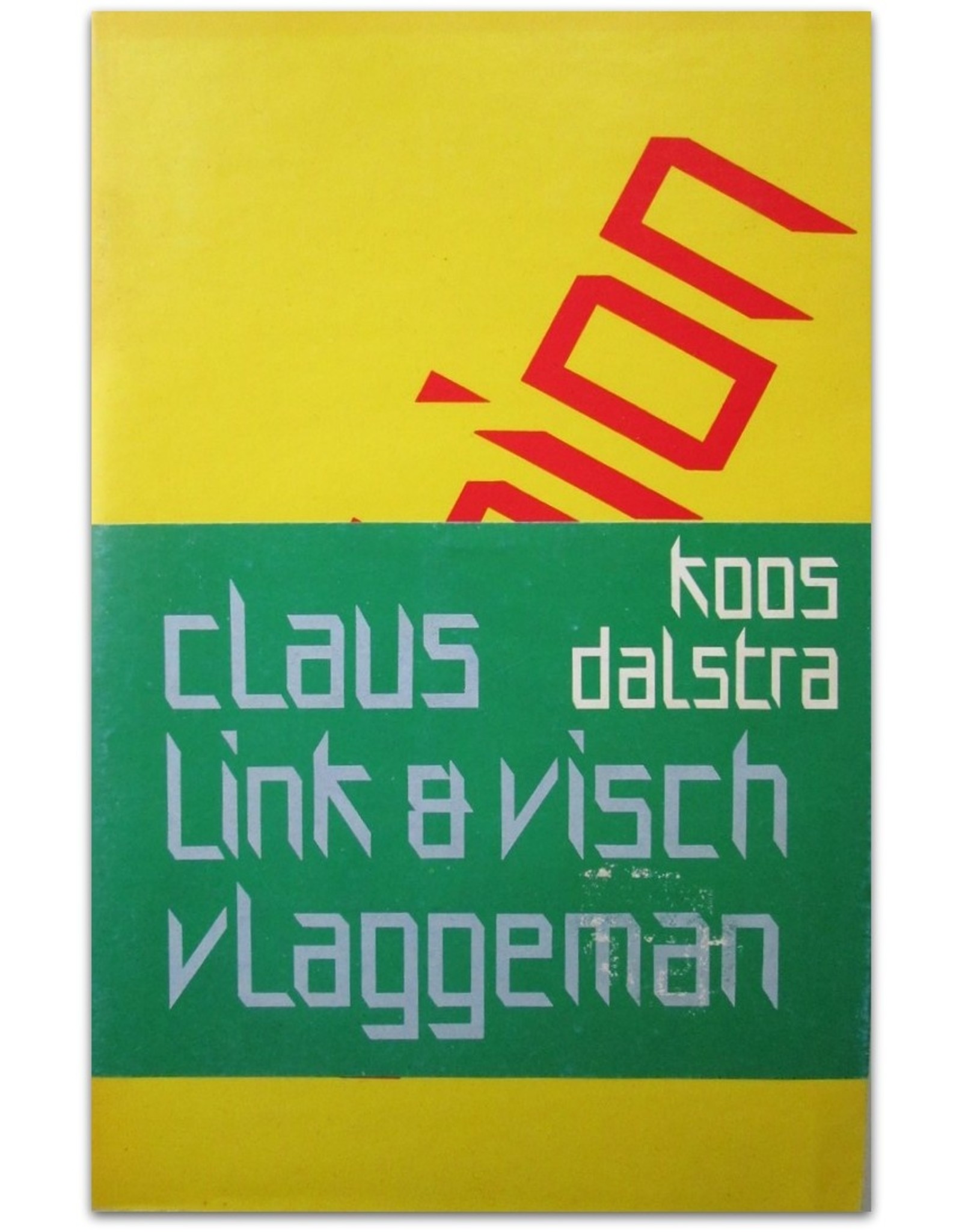 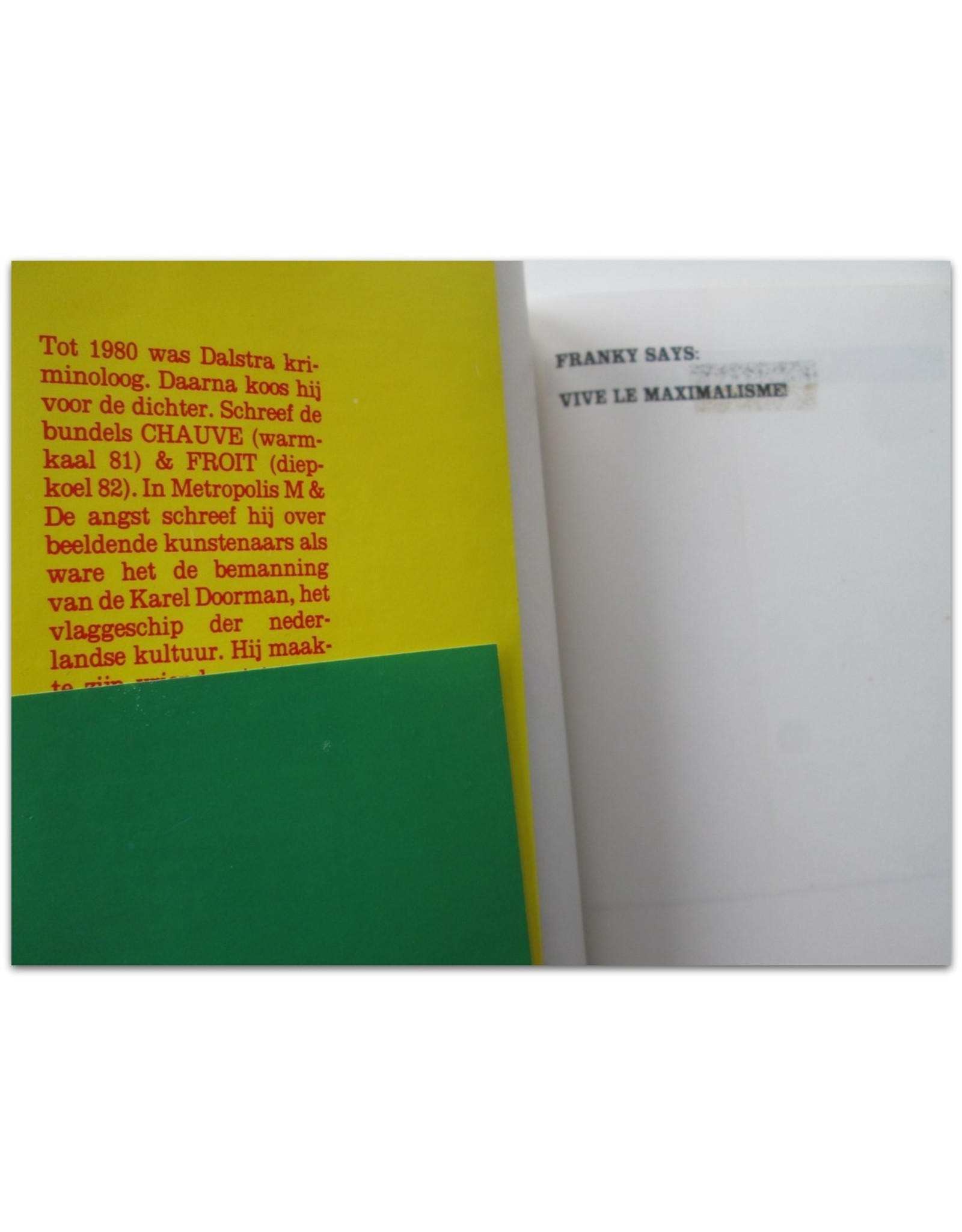 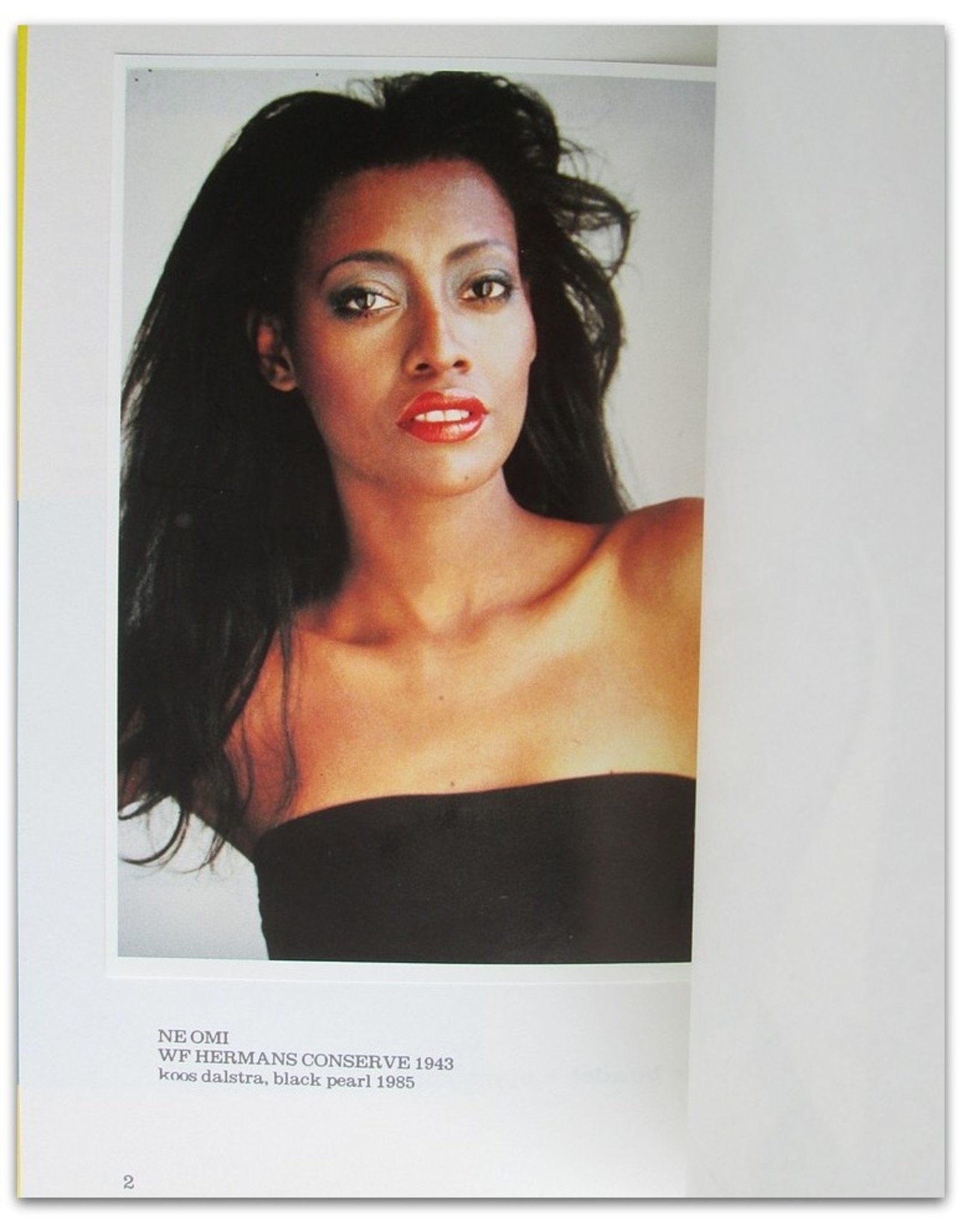 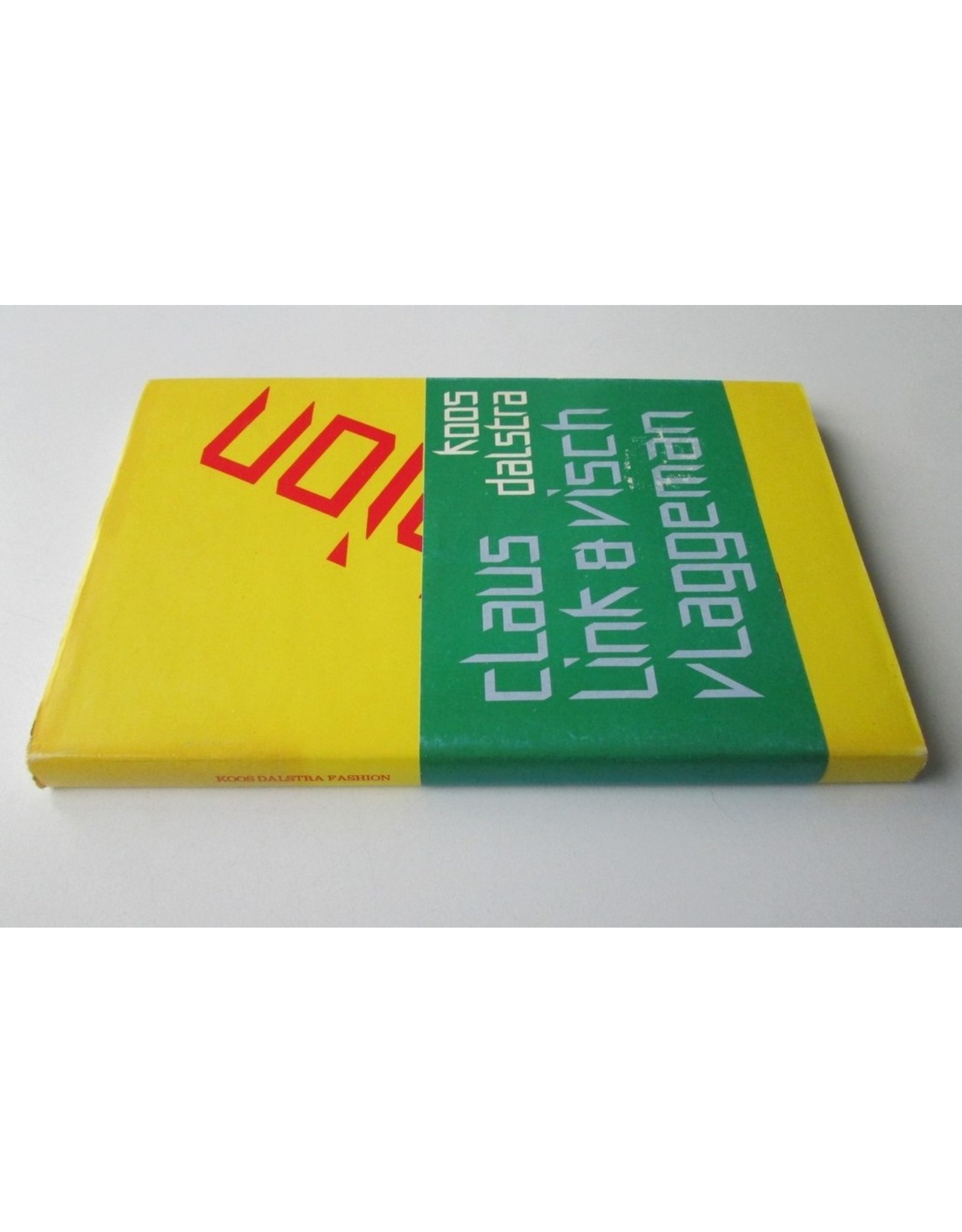 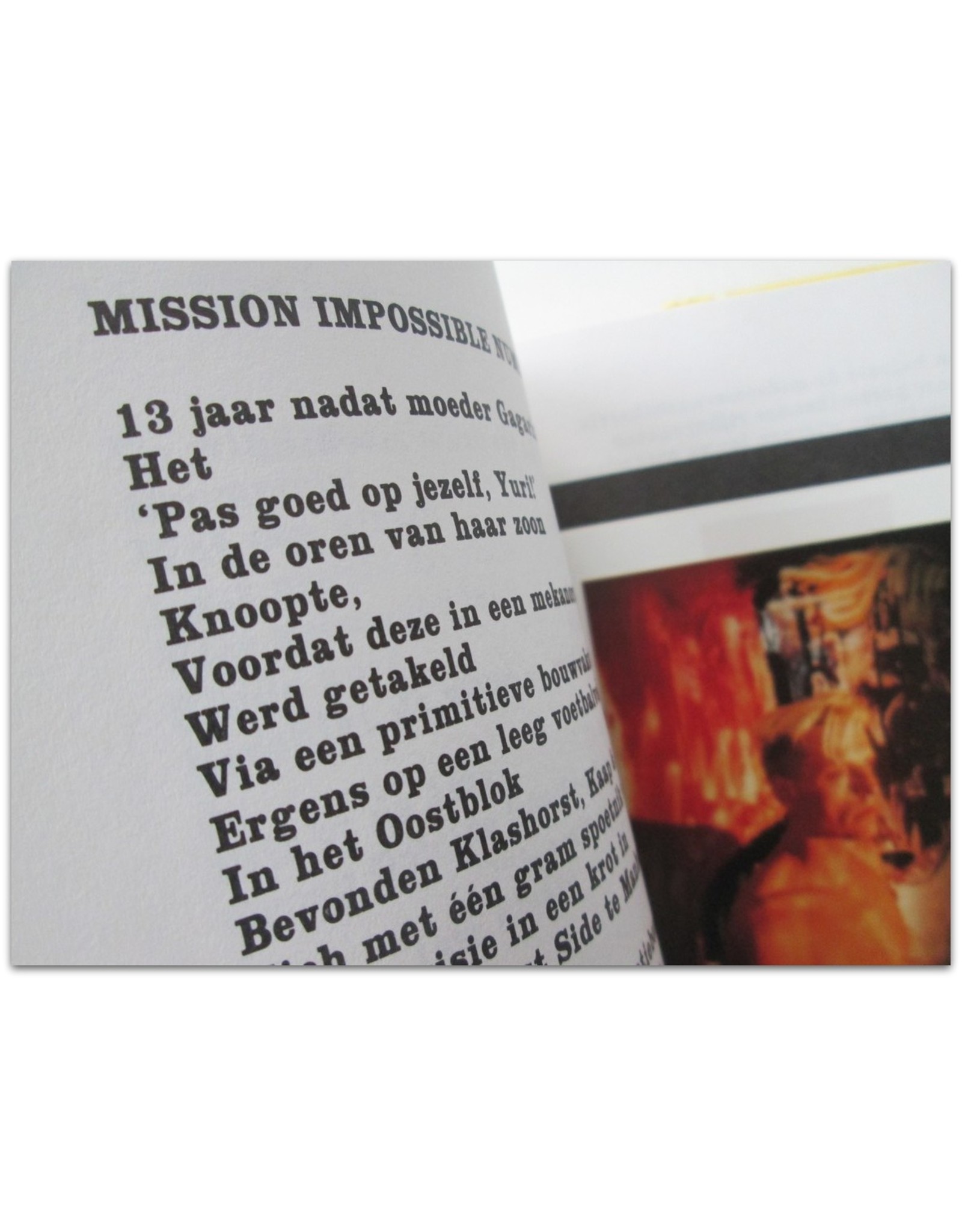 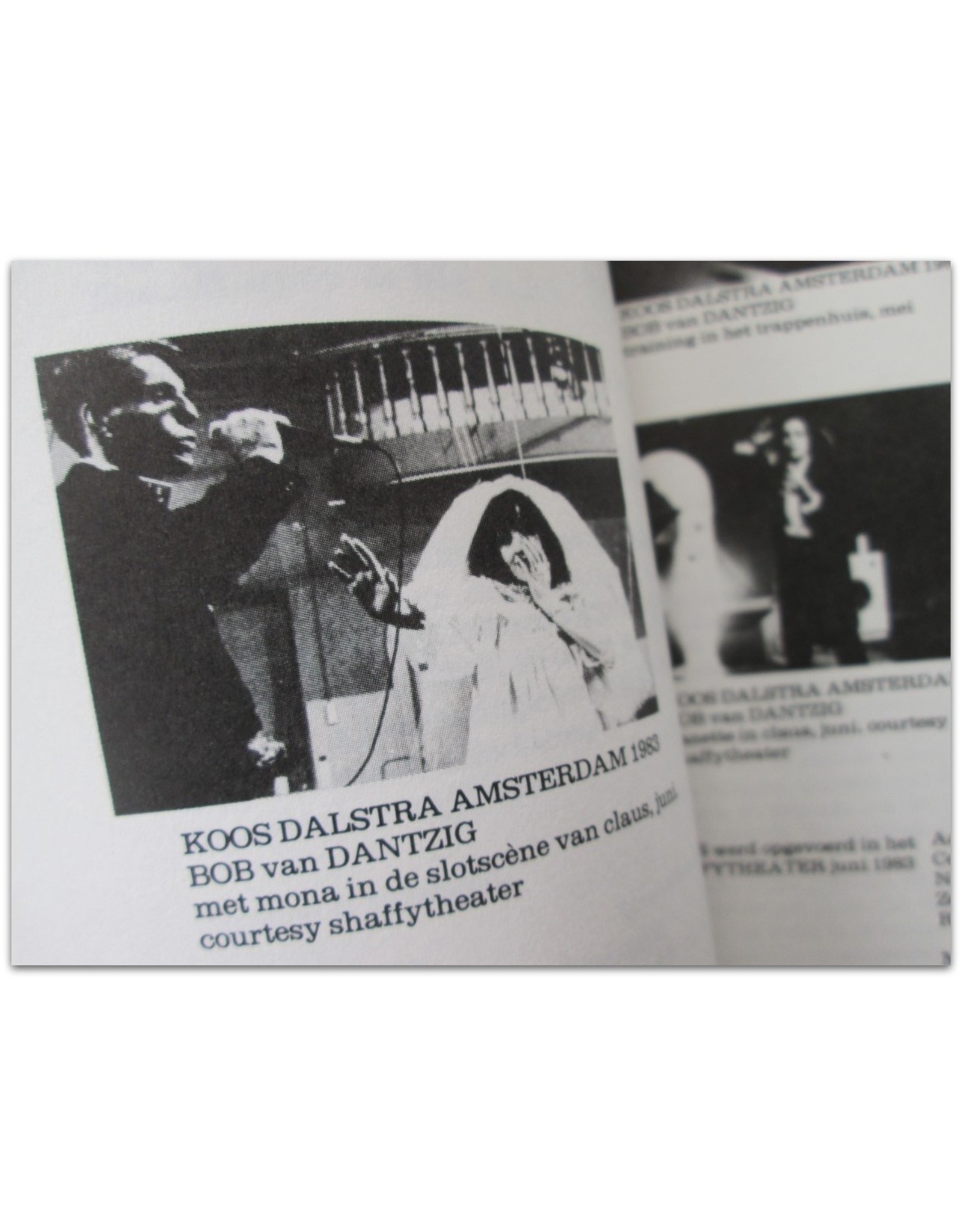 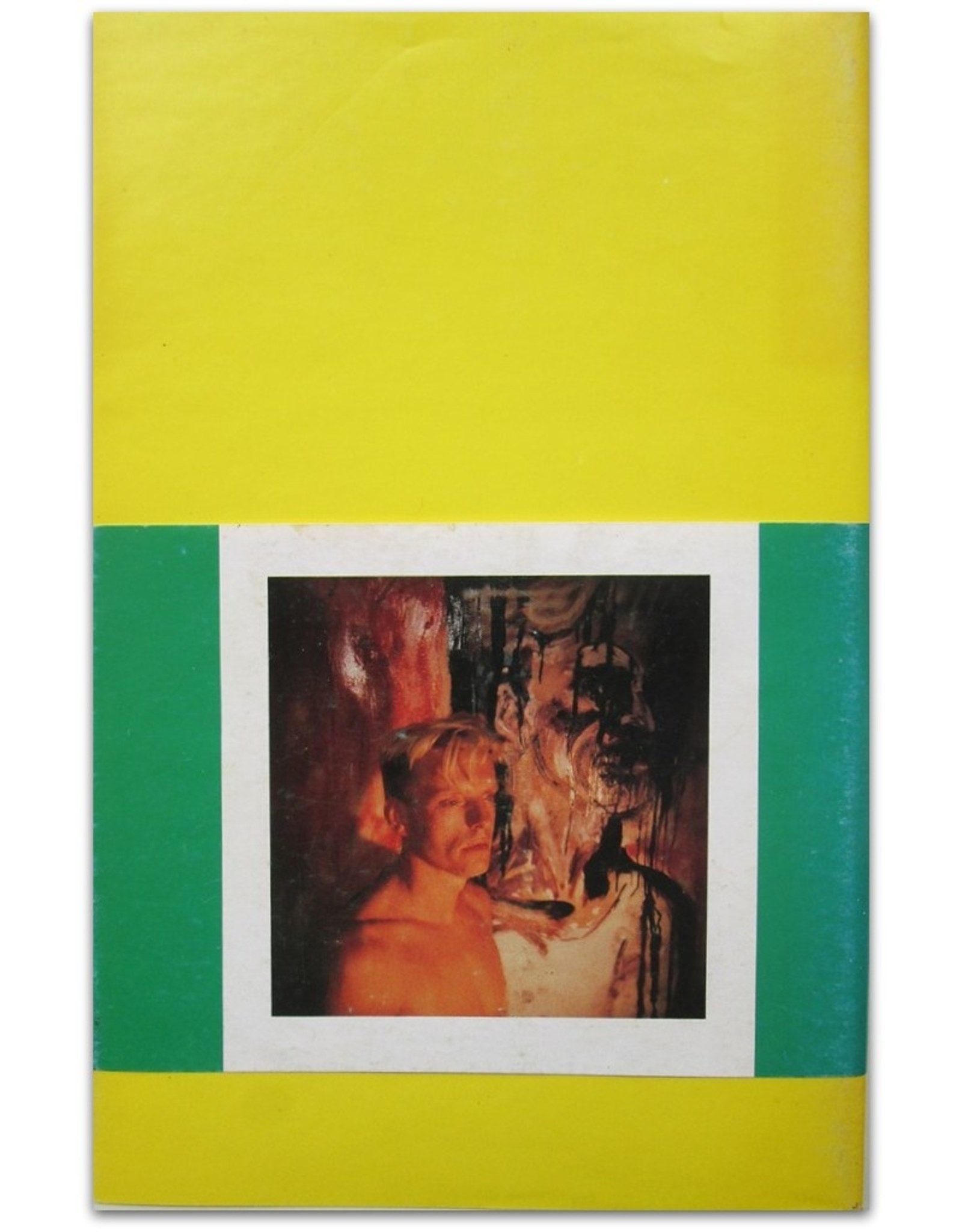 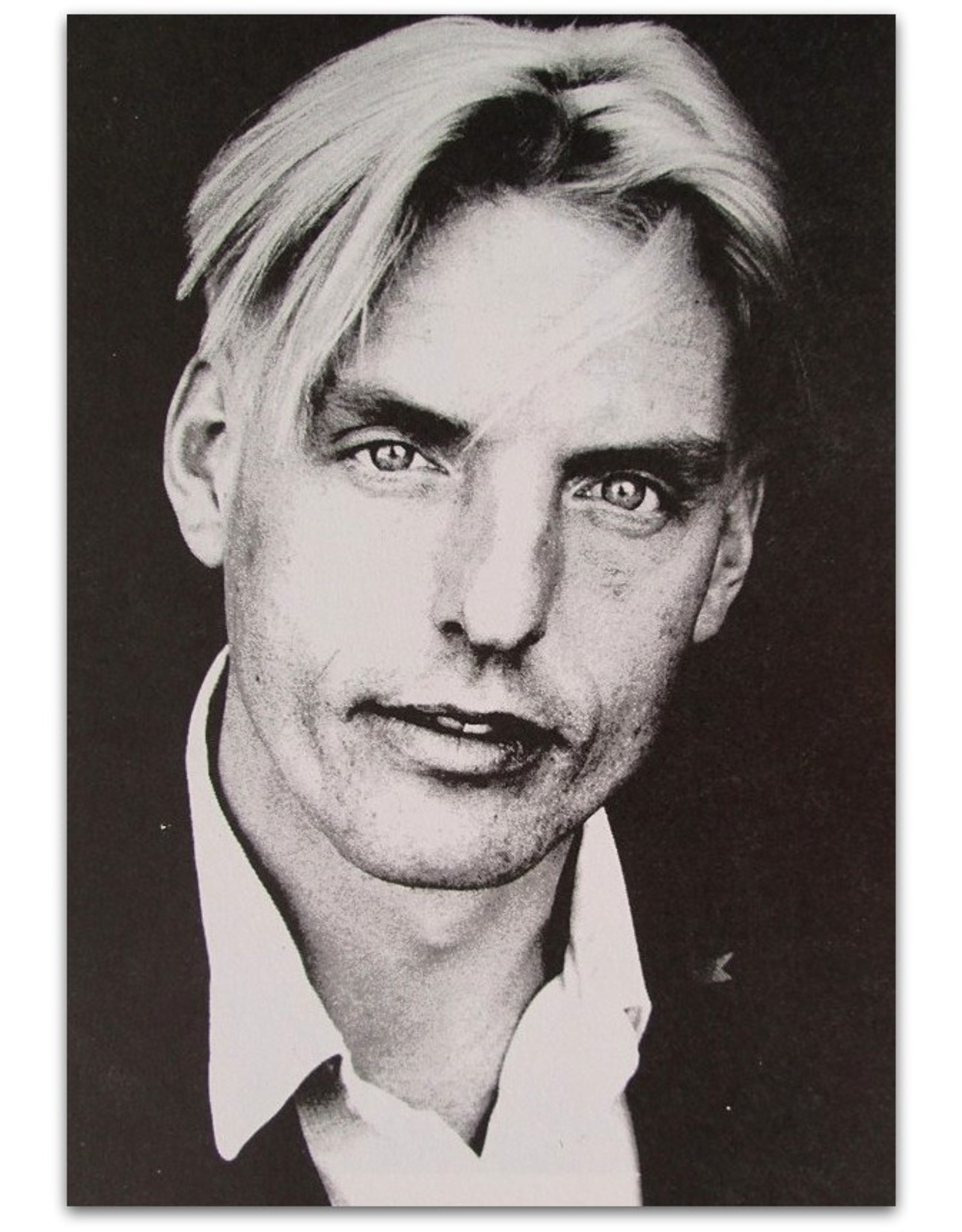 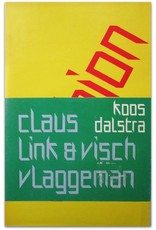 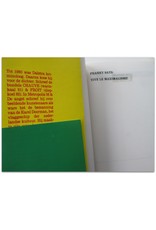 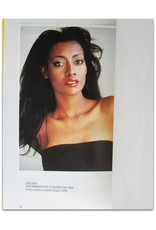 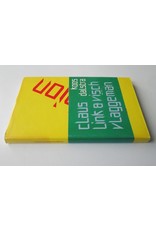 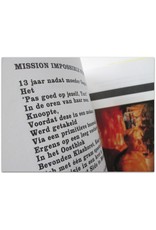 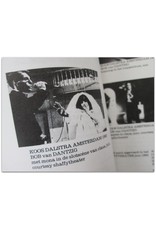 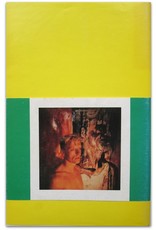 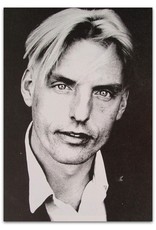 Two plays (Claus and Vlaggeman), an essay (Link) and poems (Visch). Illustrated with (partially tipped-in) photos and reproductions in colour and black and white by Bob van Dantzig, Paul Blanca and painters Rob Scholte and Peter Klashorst. Text in Dutch.

Typography: Janny Oei and Peter Baren. Edition: 500 copies. The frontispiece is based on the book Conserve by Willem Frederik Hermans. Author photo by Maarten Corbijn (= Corbino, the brother of Anton Corbijn). The booklet was issued with a wrap-around band.

¶ Dutch poet and visual artist Koos Dalstra (1950-) founded the artist group 'De Maximalen' in the 1980s (with Joost Zwagerman and others). He became known as a performer under the pseudonym Dalstar. After Rob Scholte became the victim of a bomb attack in 1994, he accused Dalstra (a former criminologist) of being the perpetrator.