[KLM Aerocarto] - [The destroyed city center of Arnhem after 1945] 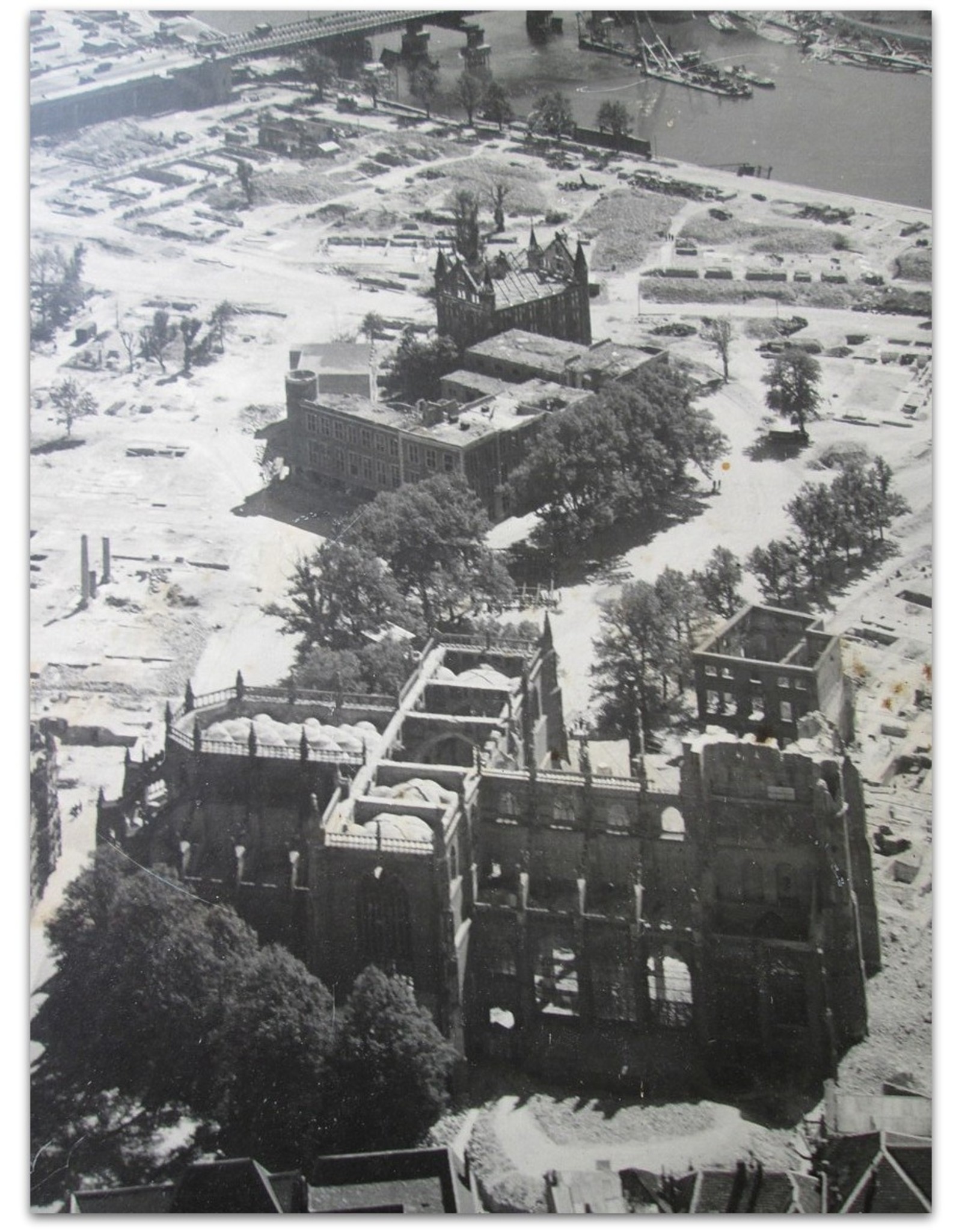 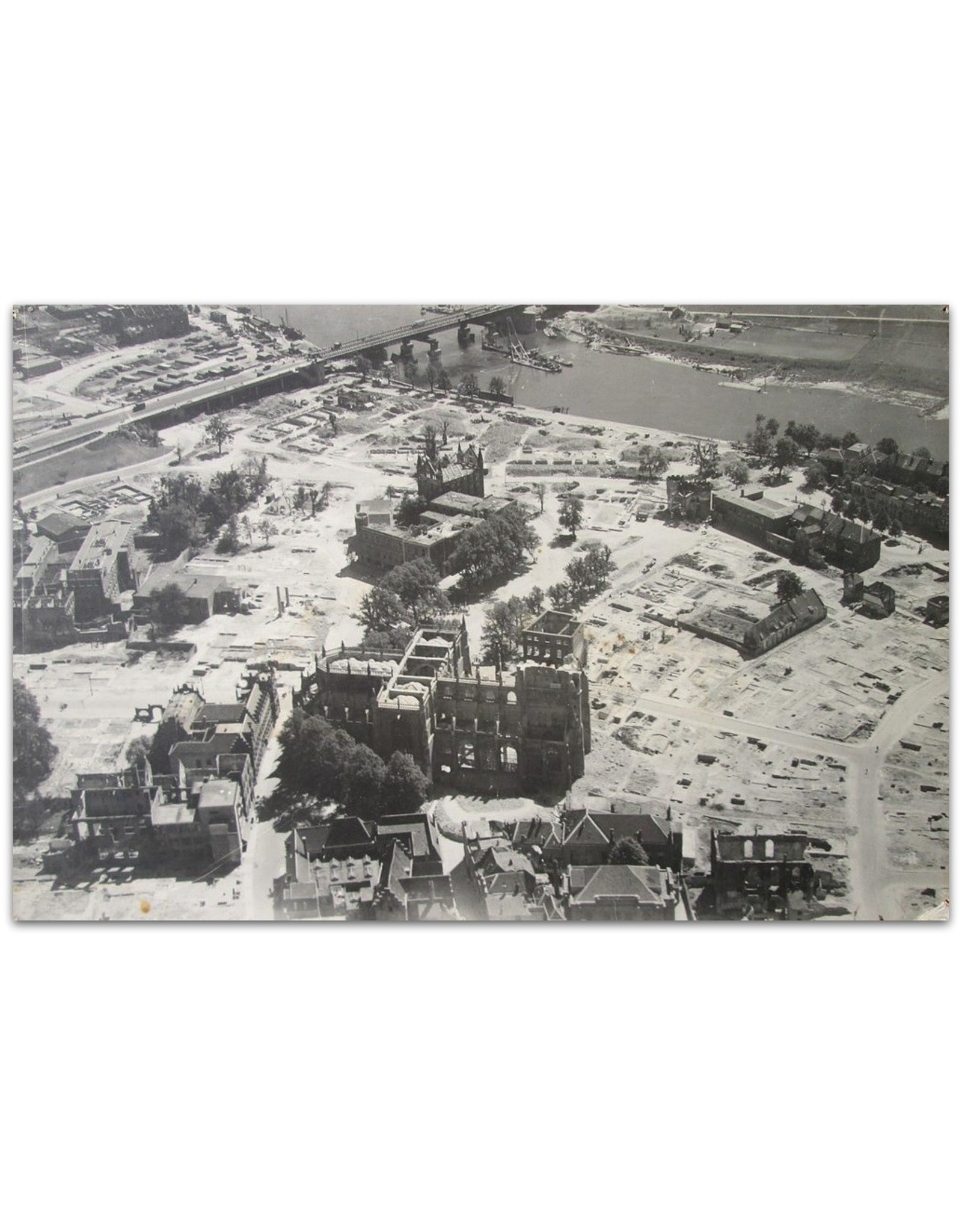 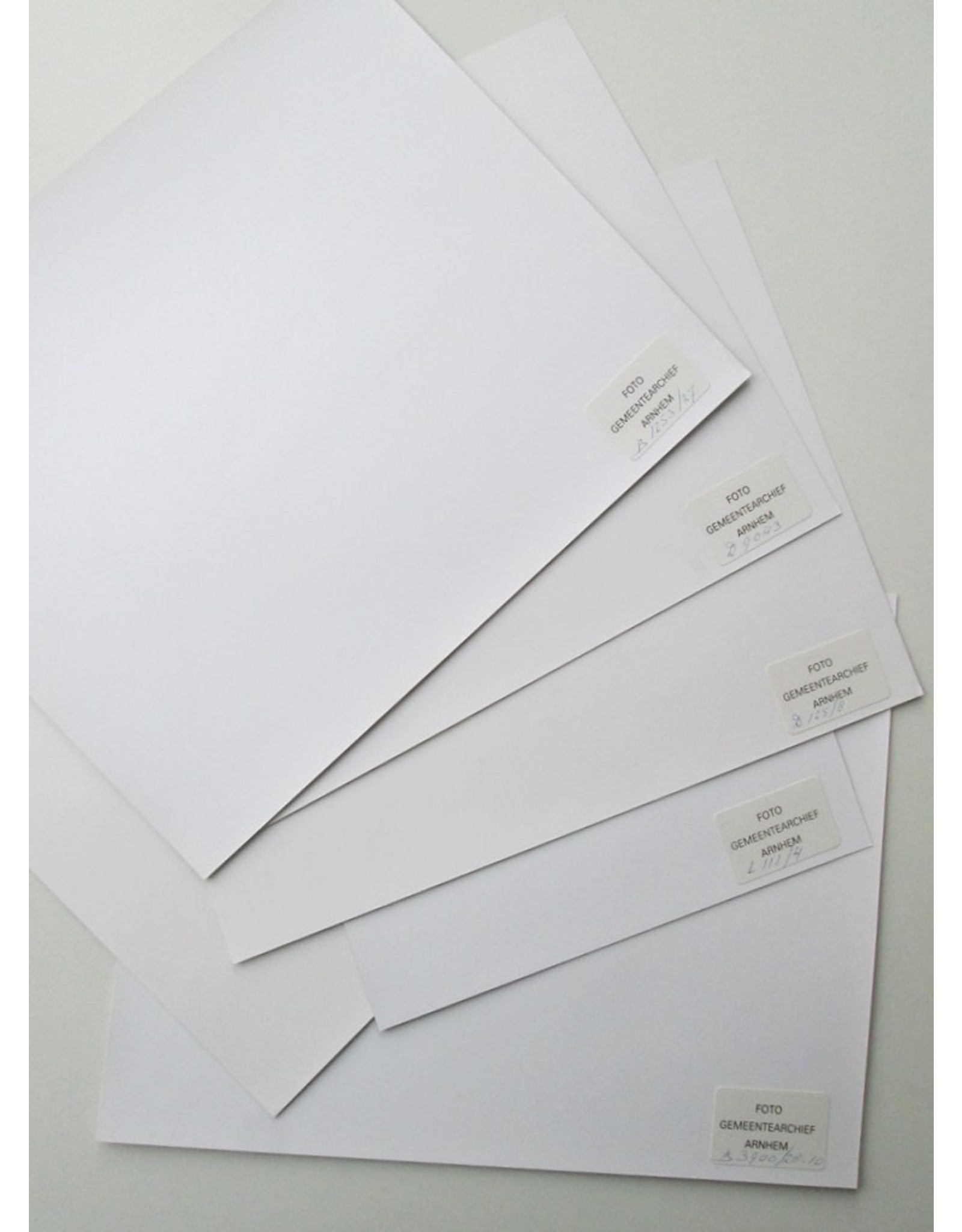 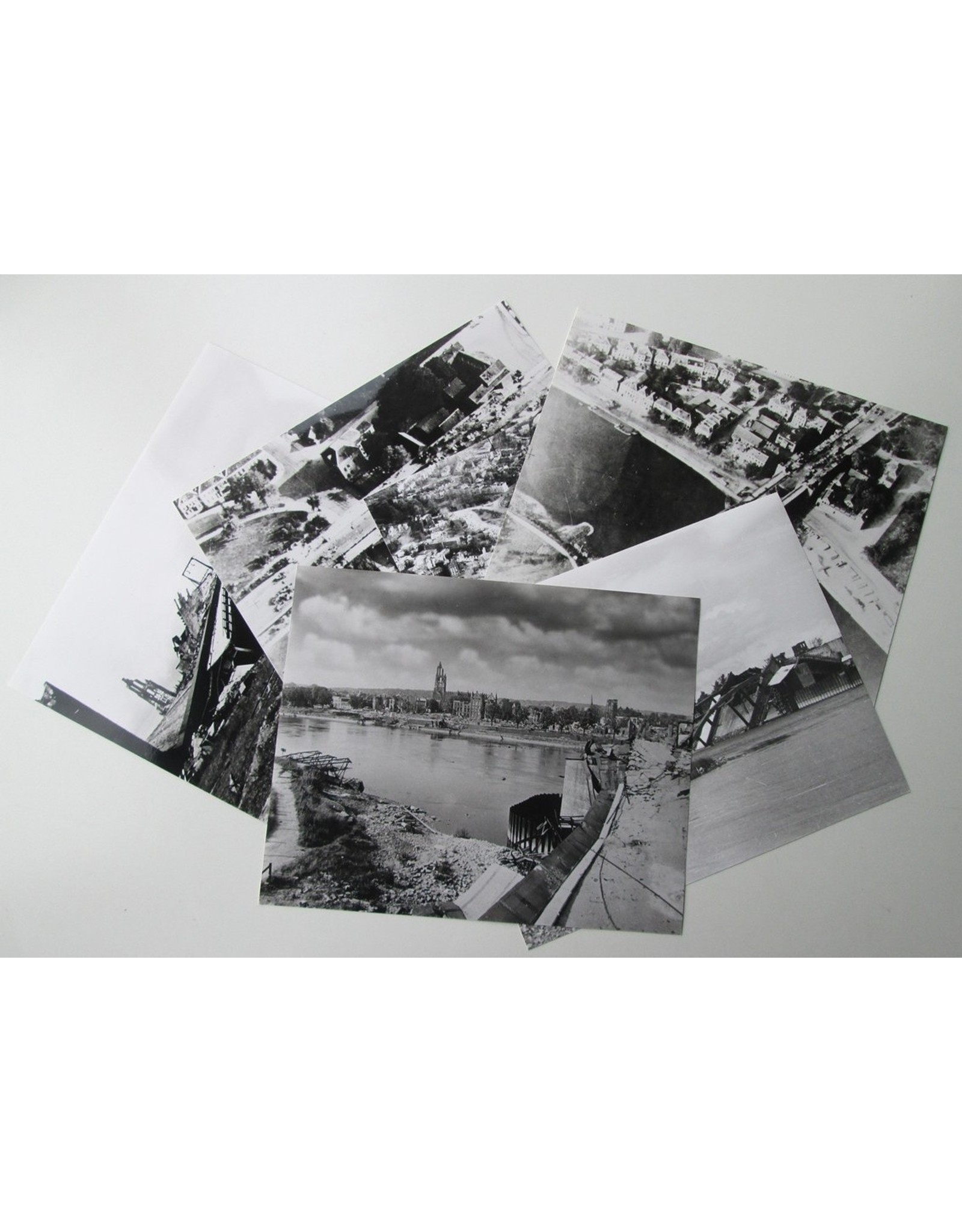 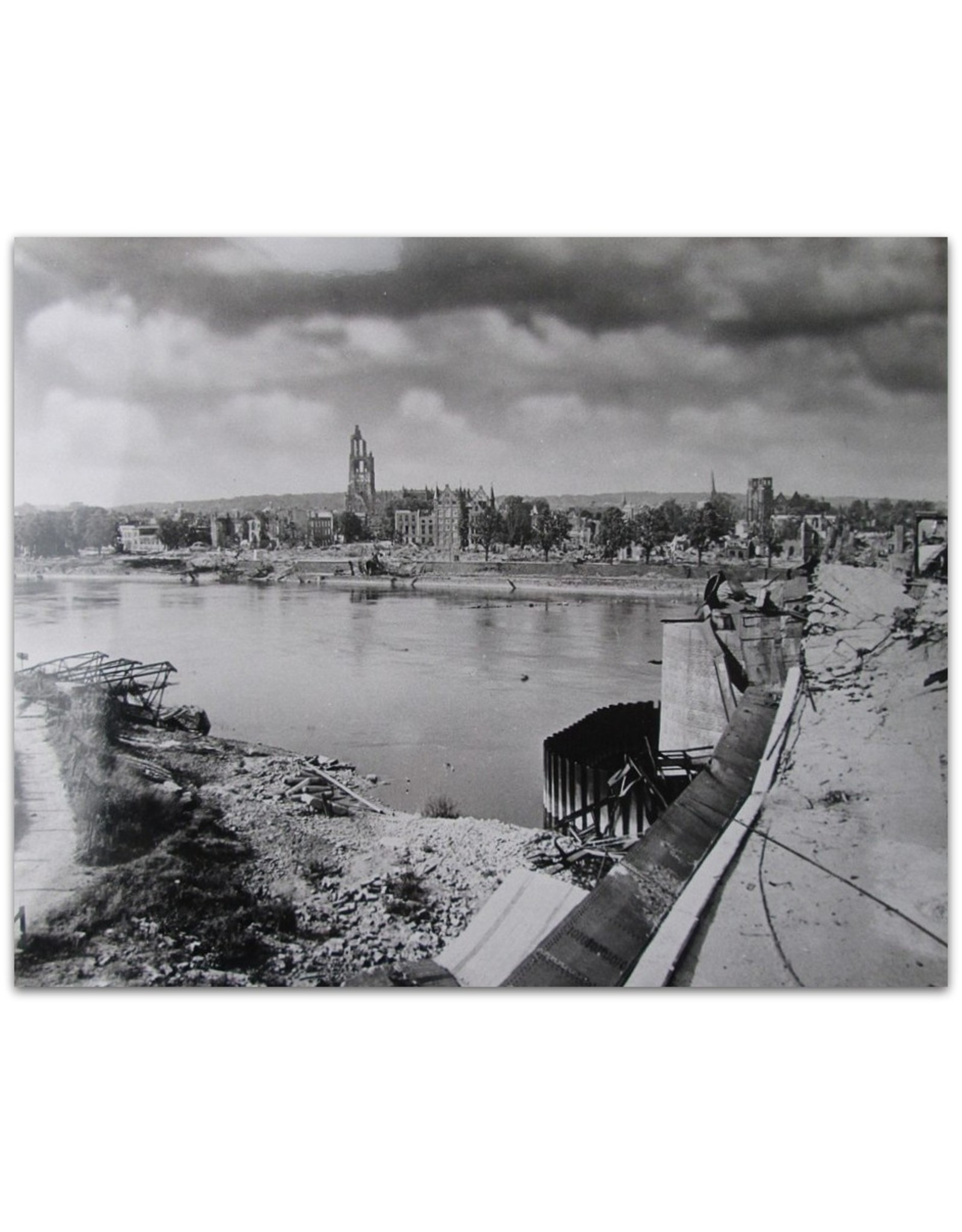 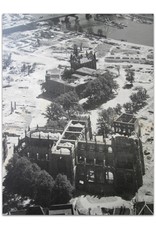 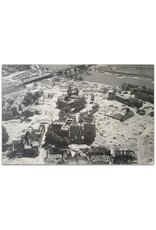 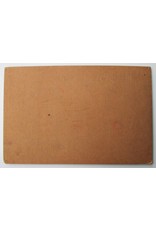 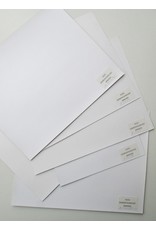 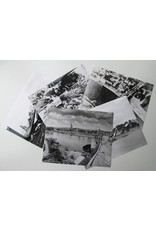 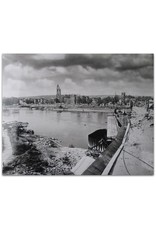 Original aerial photo of Arnhem, seen from the northwest, with a view of the center of the Gelderland capital, probably made around 1947. Published in Arnhem: Acht historische opstellen (1983). The photo is pasted on a chipboard and there are traces of thumbtacks in the corners.

¶ The ruins of the Battle of the Rhine Bridge during Operation Market Garden of September 1944 and the last battles of 1945 have been cleared. At the top we see the river and the John Frost Bridge under construction, some cars are already driving over it. The remains of the Eusebius Church are central. Next to it, the 'Duivelshuis'. Only the shell of De Waag remains standing on the Markt and further on the Sabelpoort. Everything is flat on the right, only the foundations of the monumental buildings are still visible.

ADDED : A set of 6 black and white prints (all but one measuring 25.5 x 20 cm) of aerial and situation photos, taken during or after the Second World War. On the back a label "GEMEENTEARCHIEF ARNHEM" and each provided with a location code in handwriting.