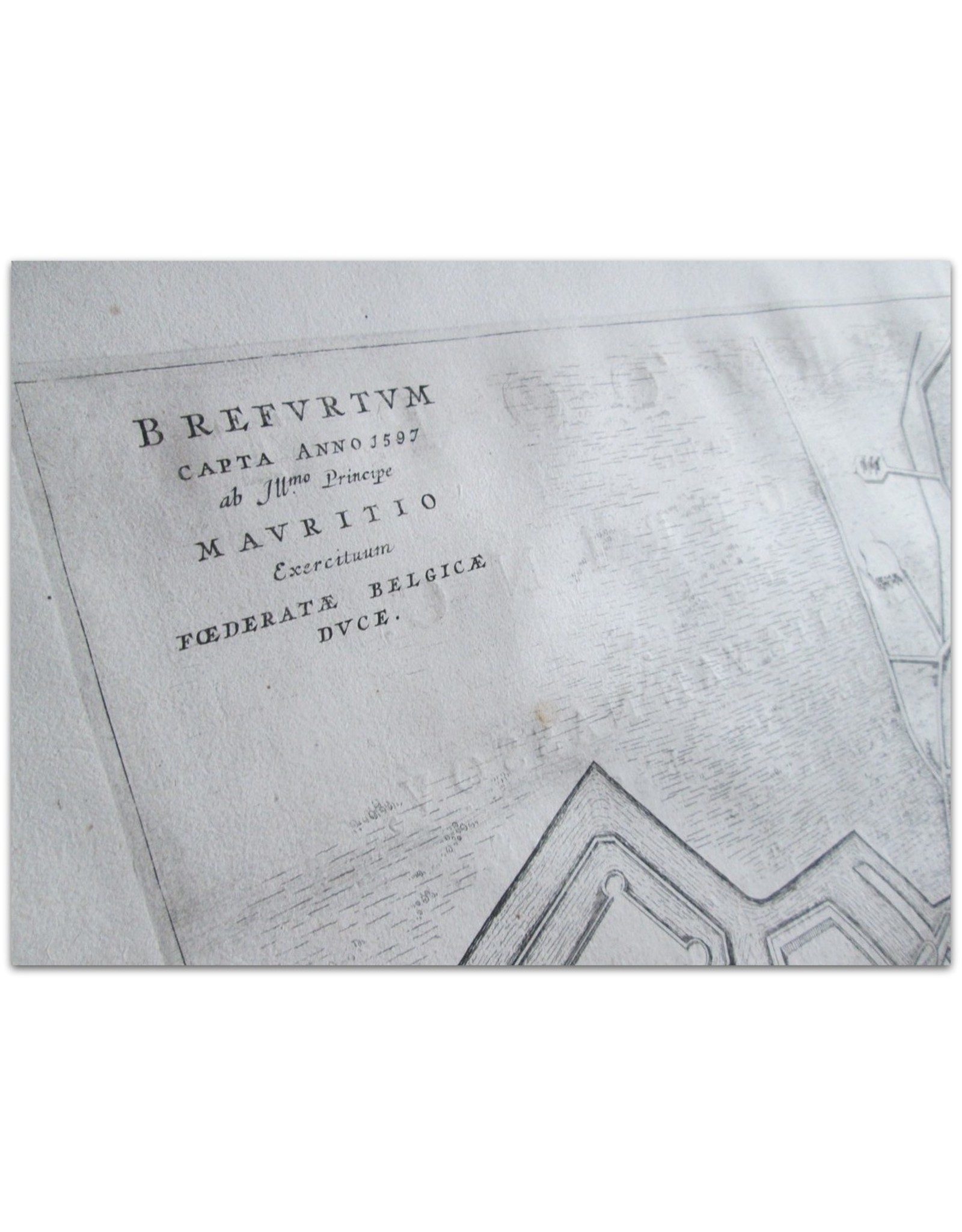 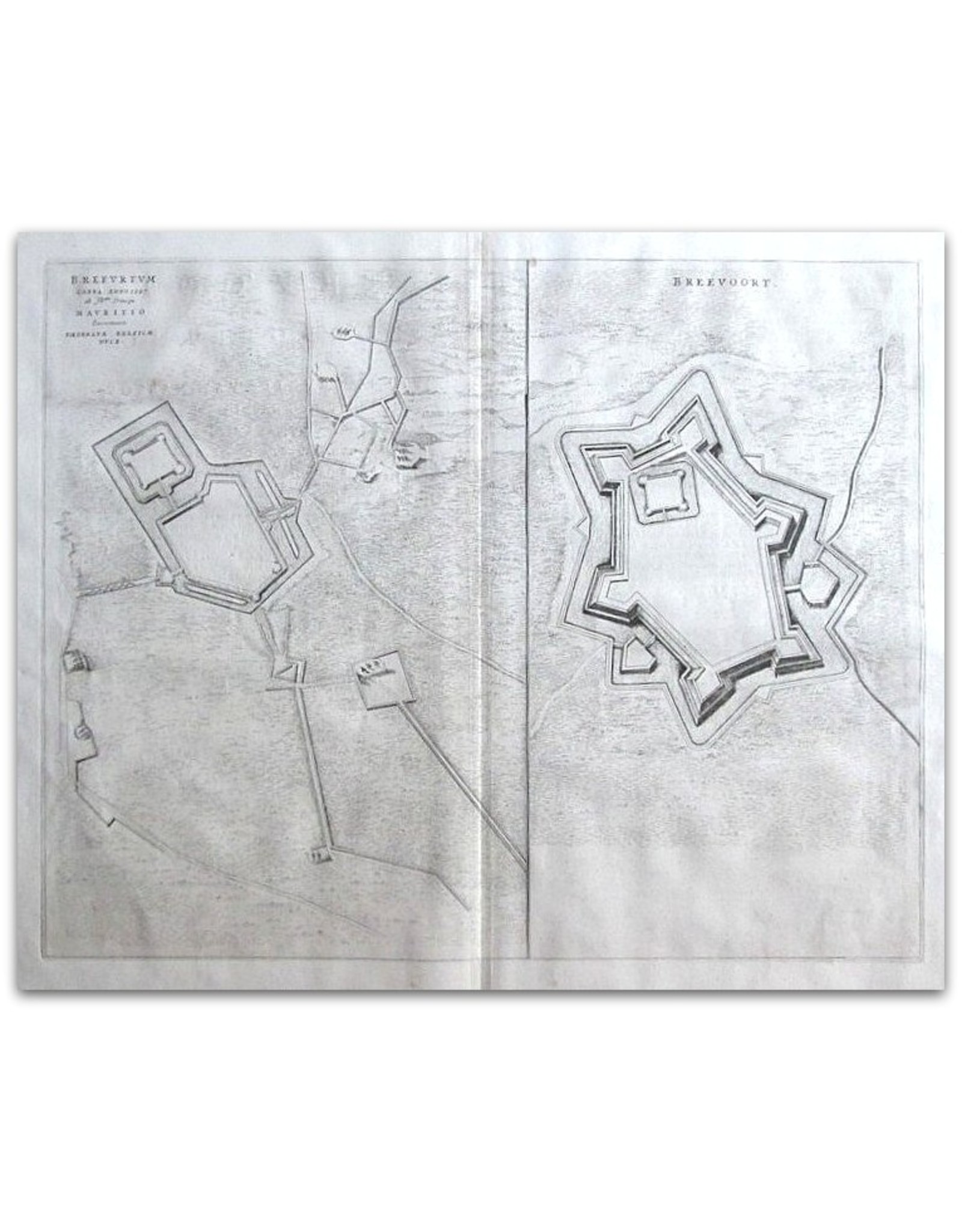 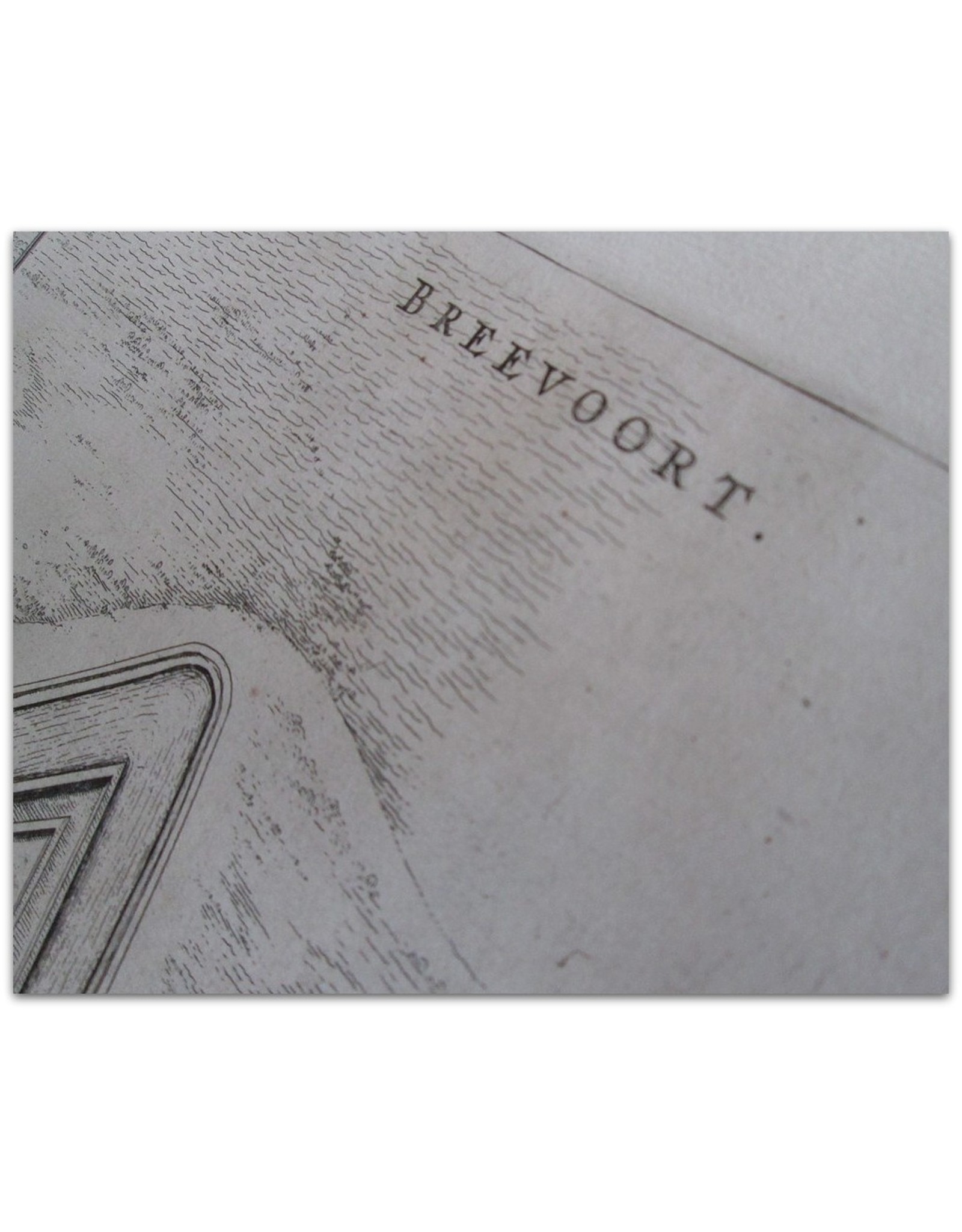 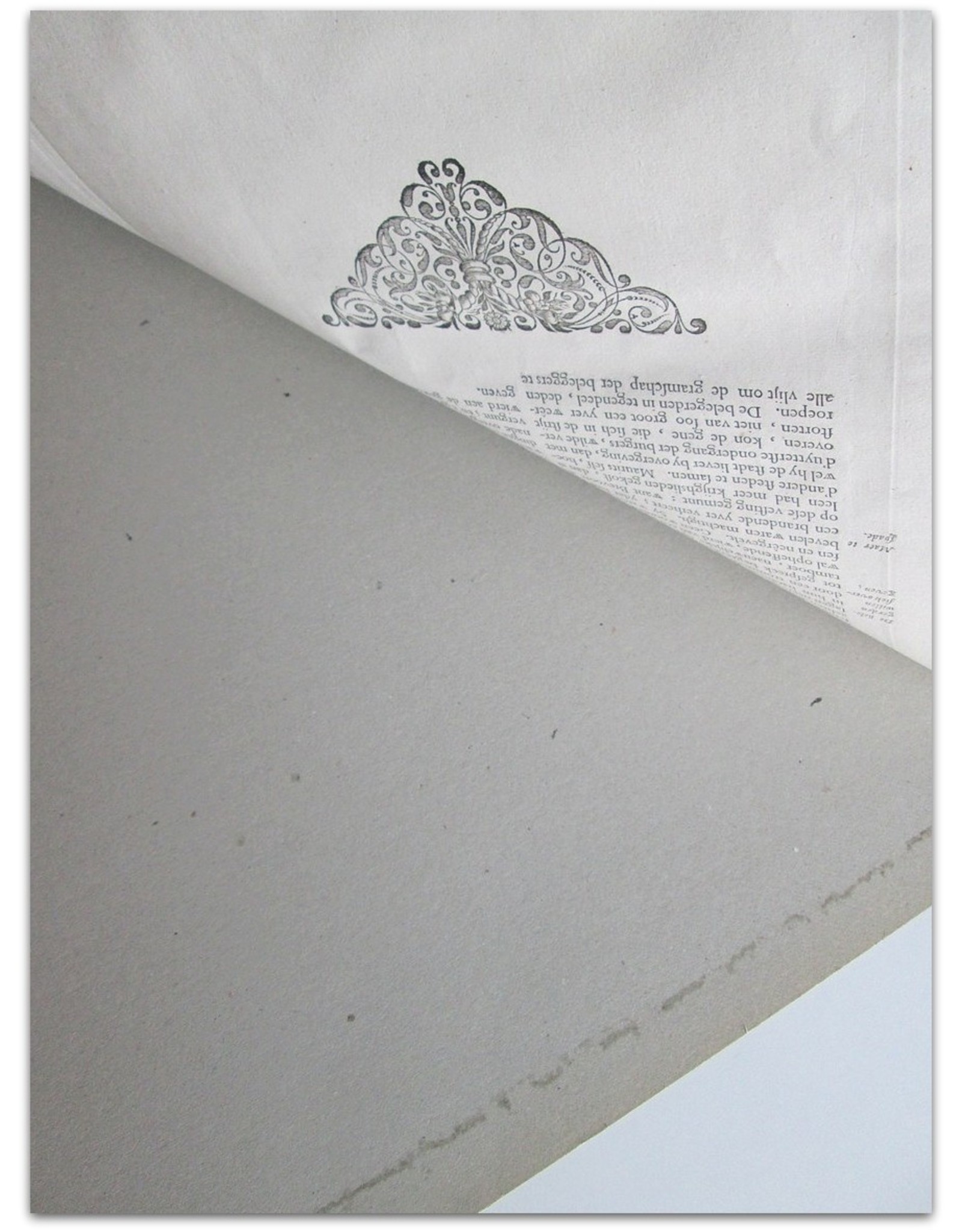 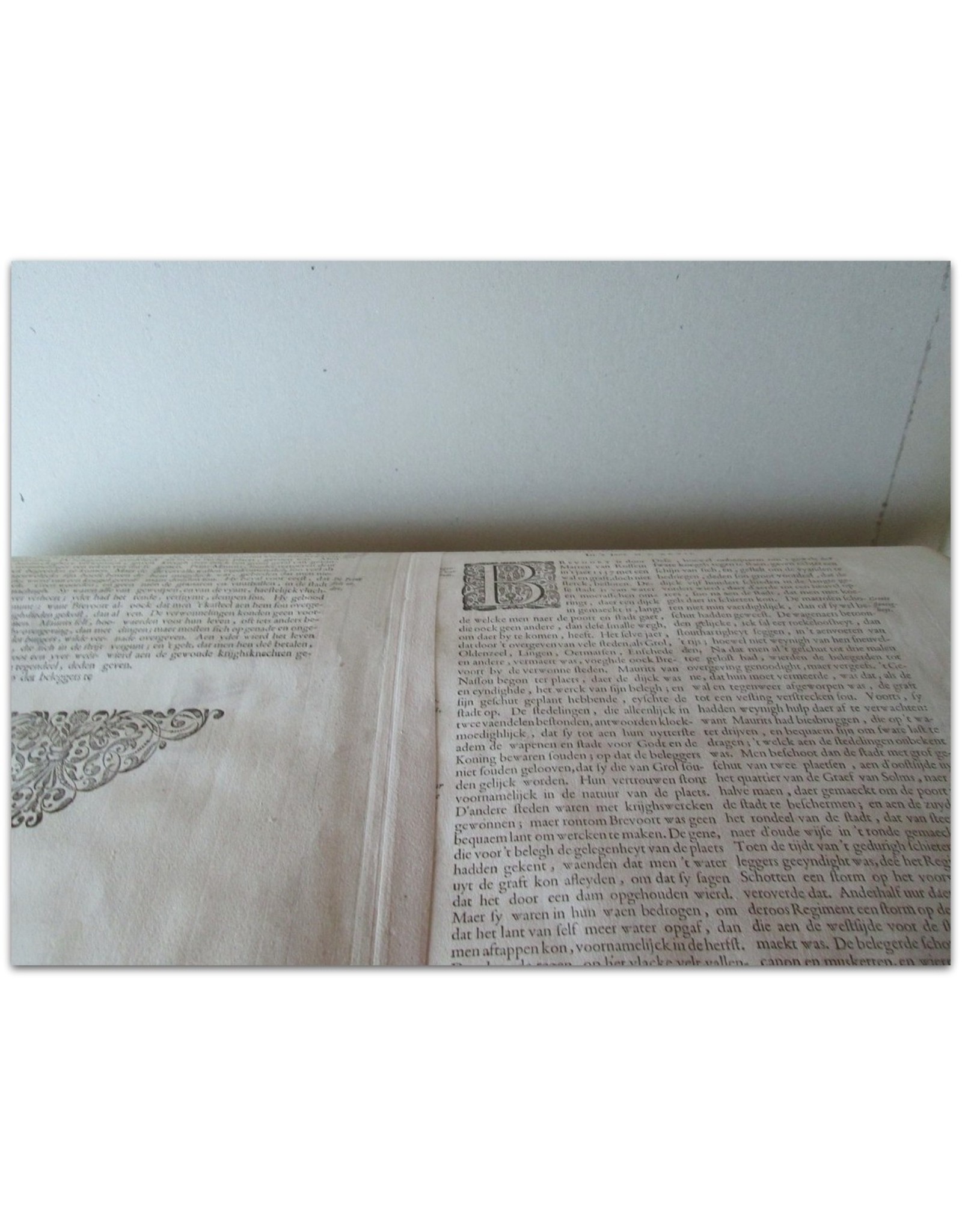 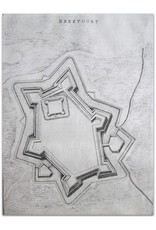 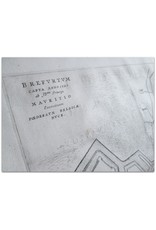 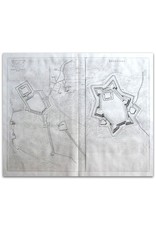 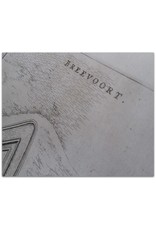 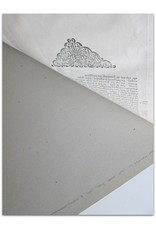 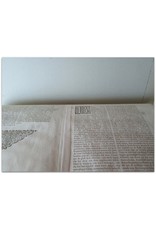 ¶ Koeman, Atlantes Neerlandici B1 64 : Blaeu's city book of the Netherlands was first published a year after the peace of Munster and the Spanish recognition of the Dutch Republic. Blaeu planned his city book in two parts towards the end of the battle with Spain; one with the cities of the Republic, the other with the cities belonging to Spain. Due to a large-scale reconquest of land by the Republic, Blaeu had to transfer several cities to the part with the cities of the Republic in the second edition and as a result, this part became larger than the others; thus the composition of the atlas was linked to the struggle for independence of the Republic. A schematic representation of a military fortress like this reflects this battle.