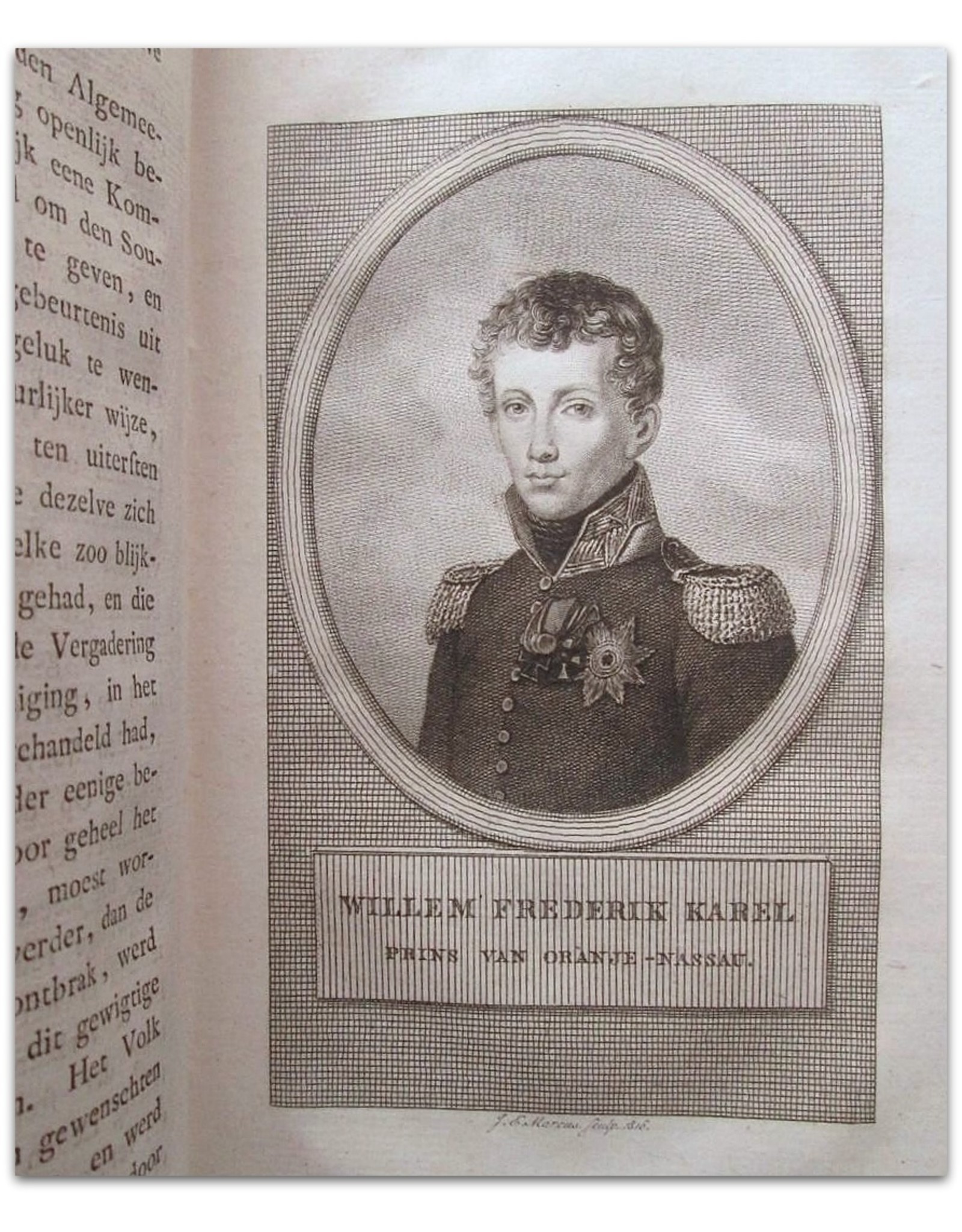 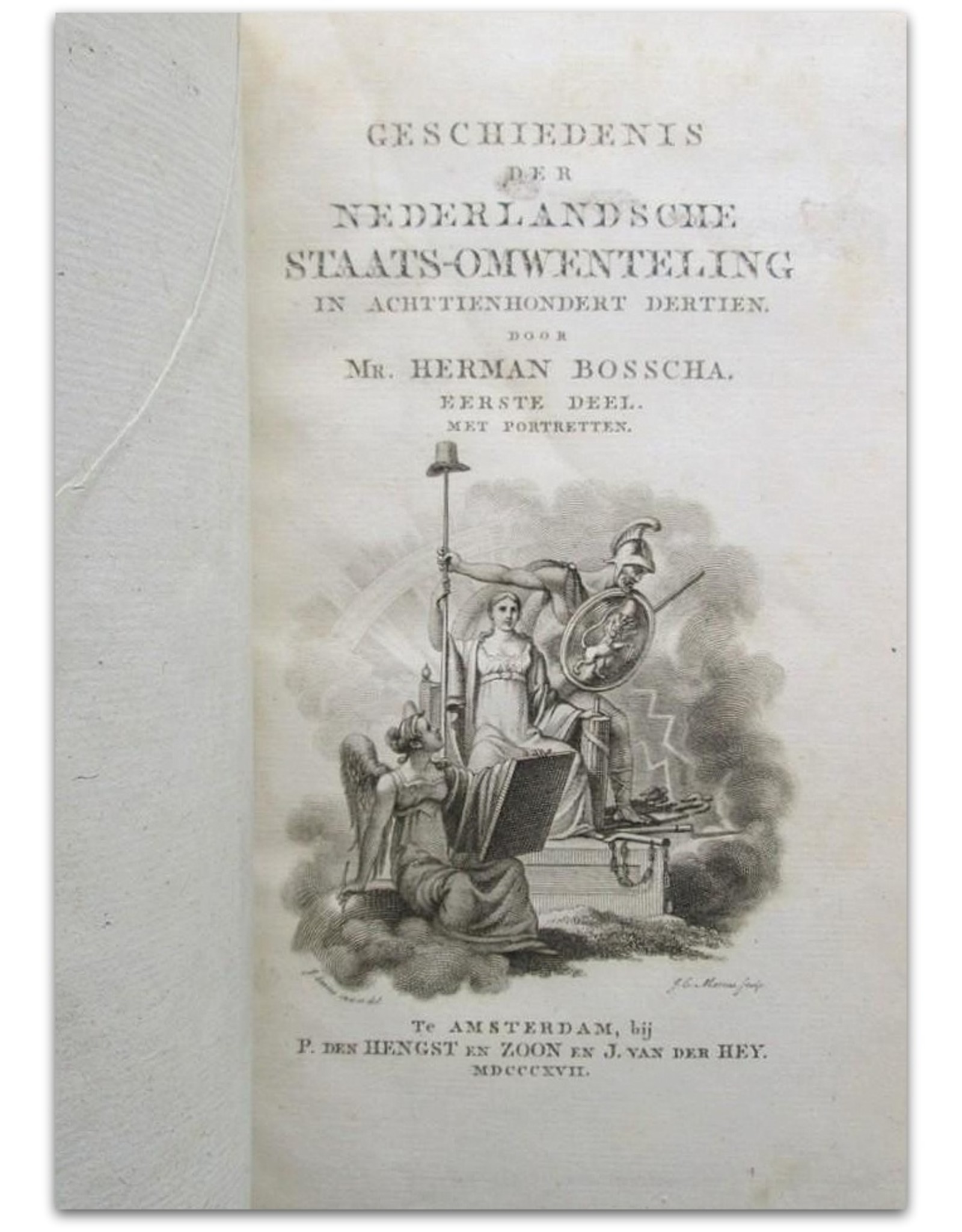 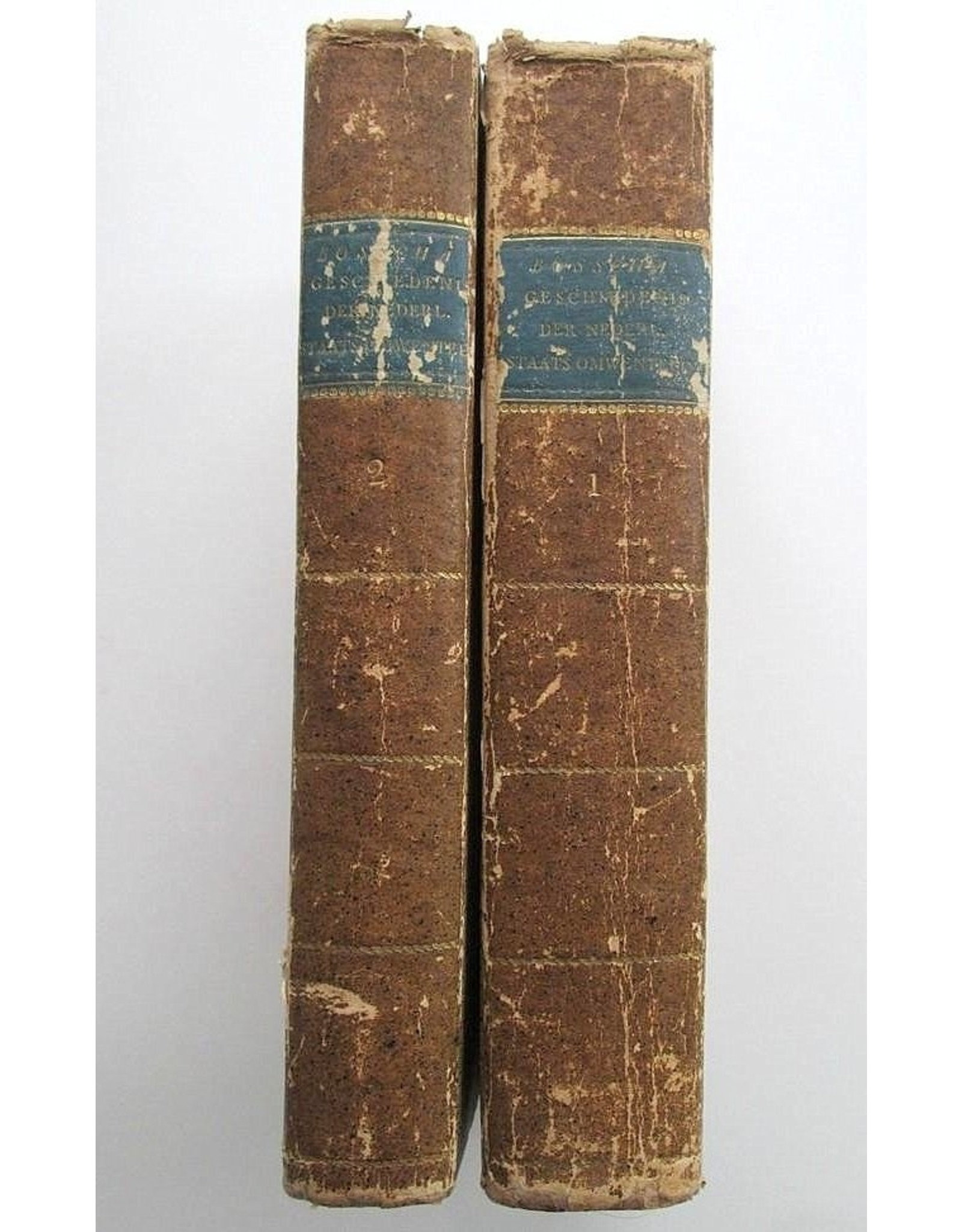 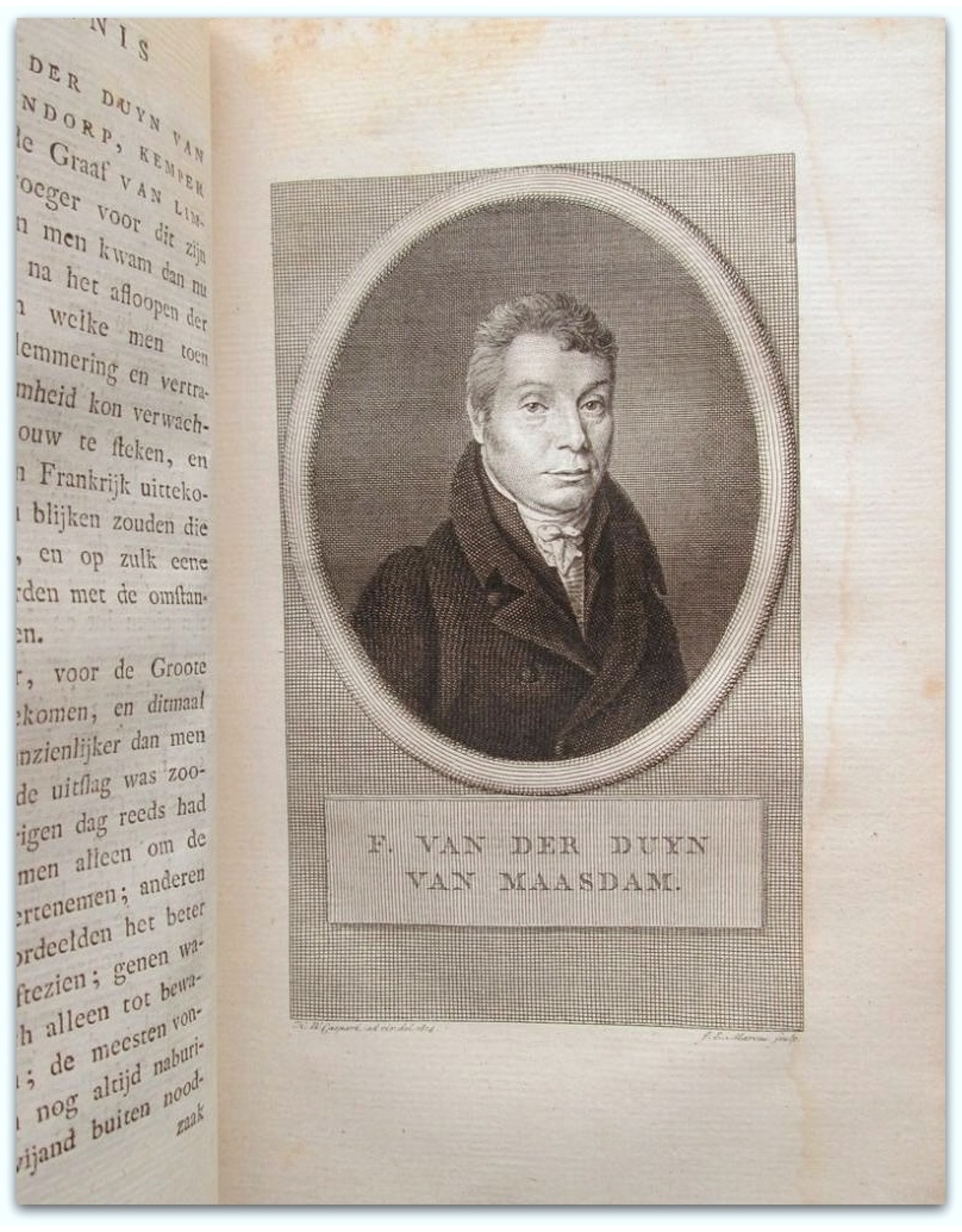 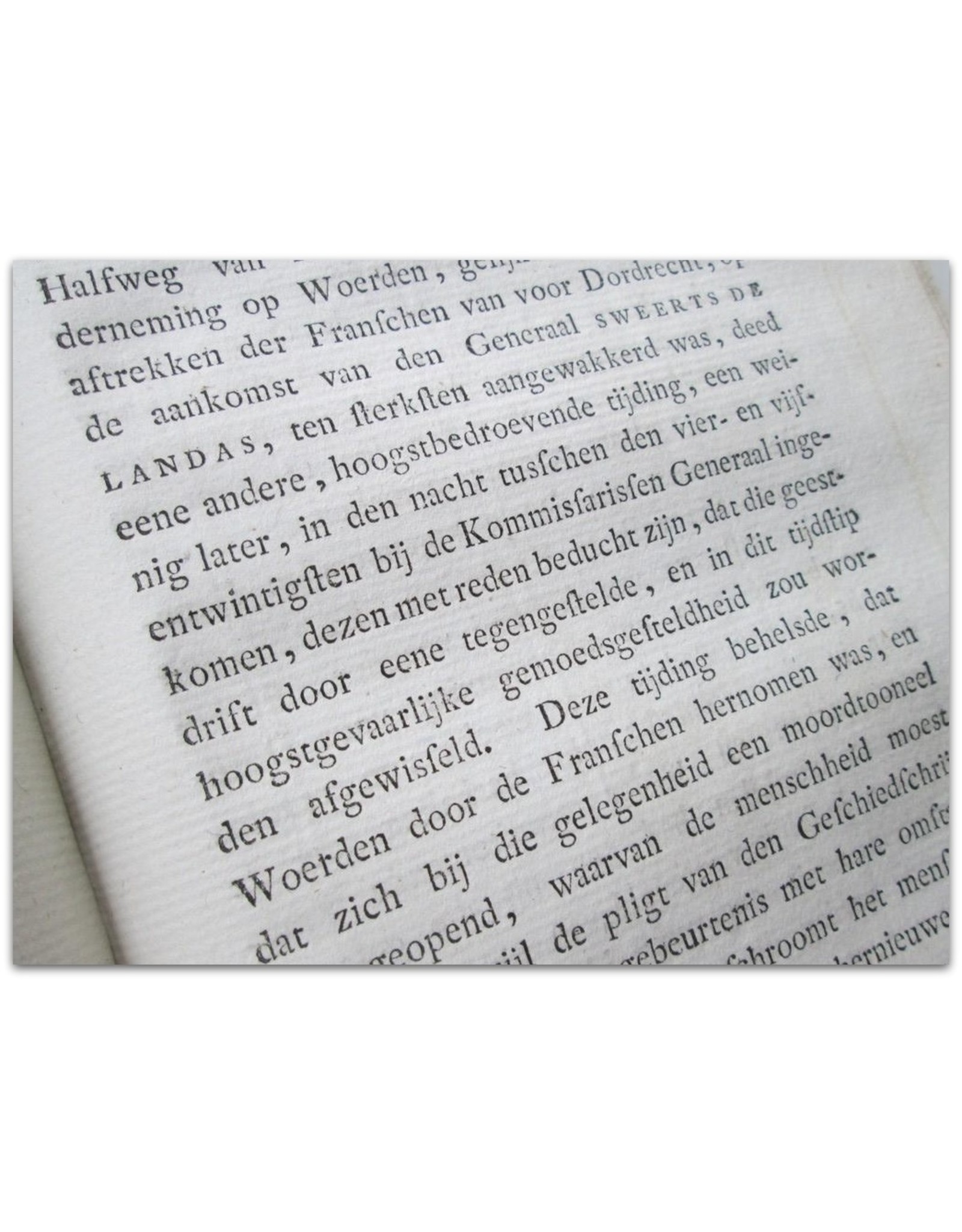 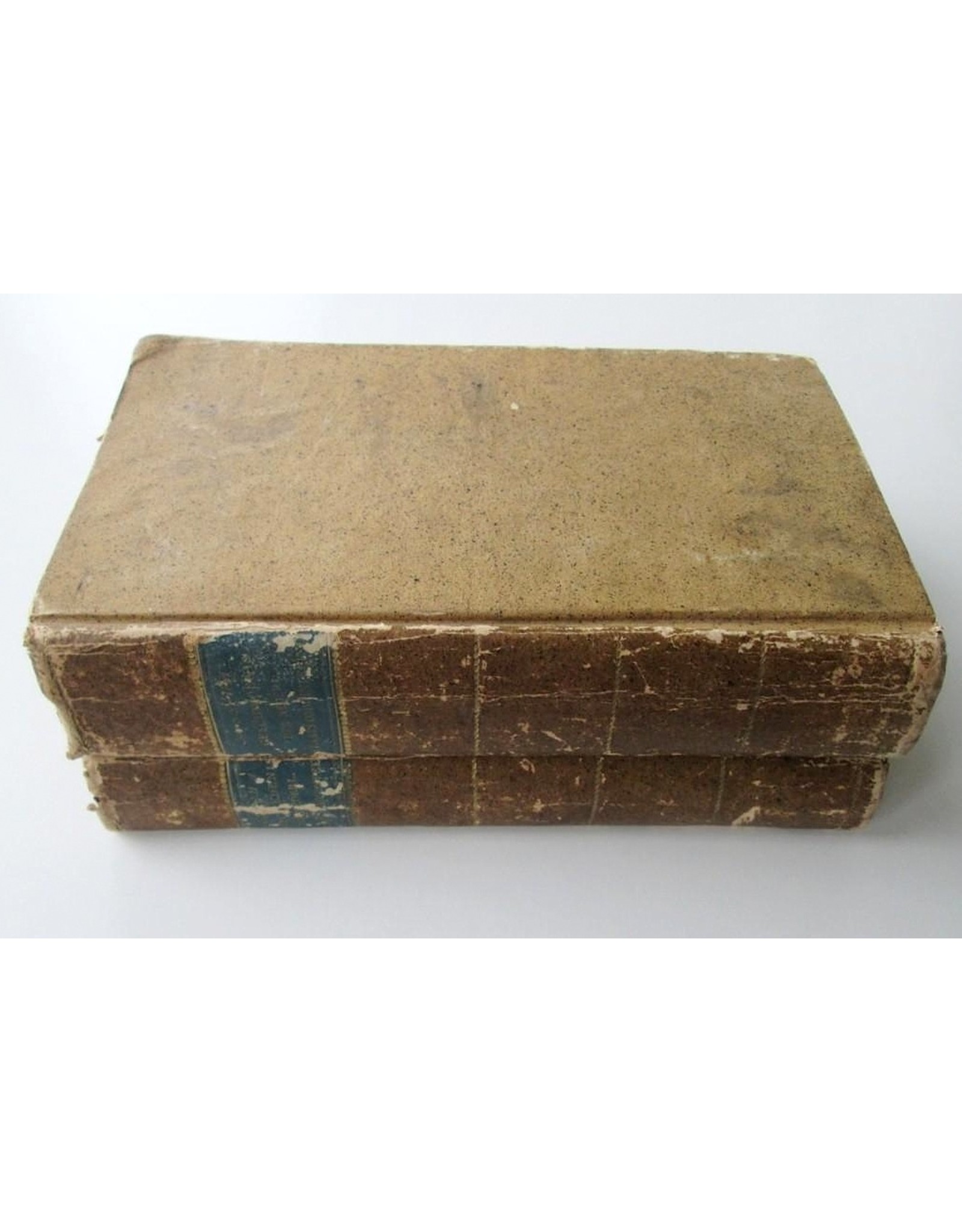 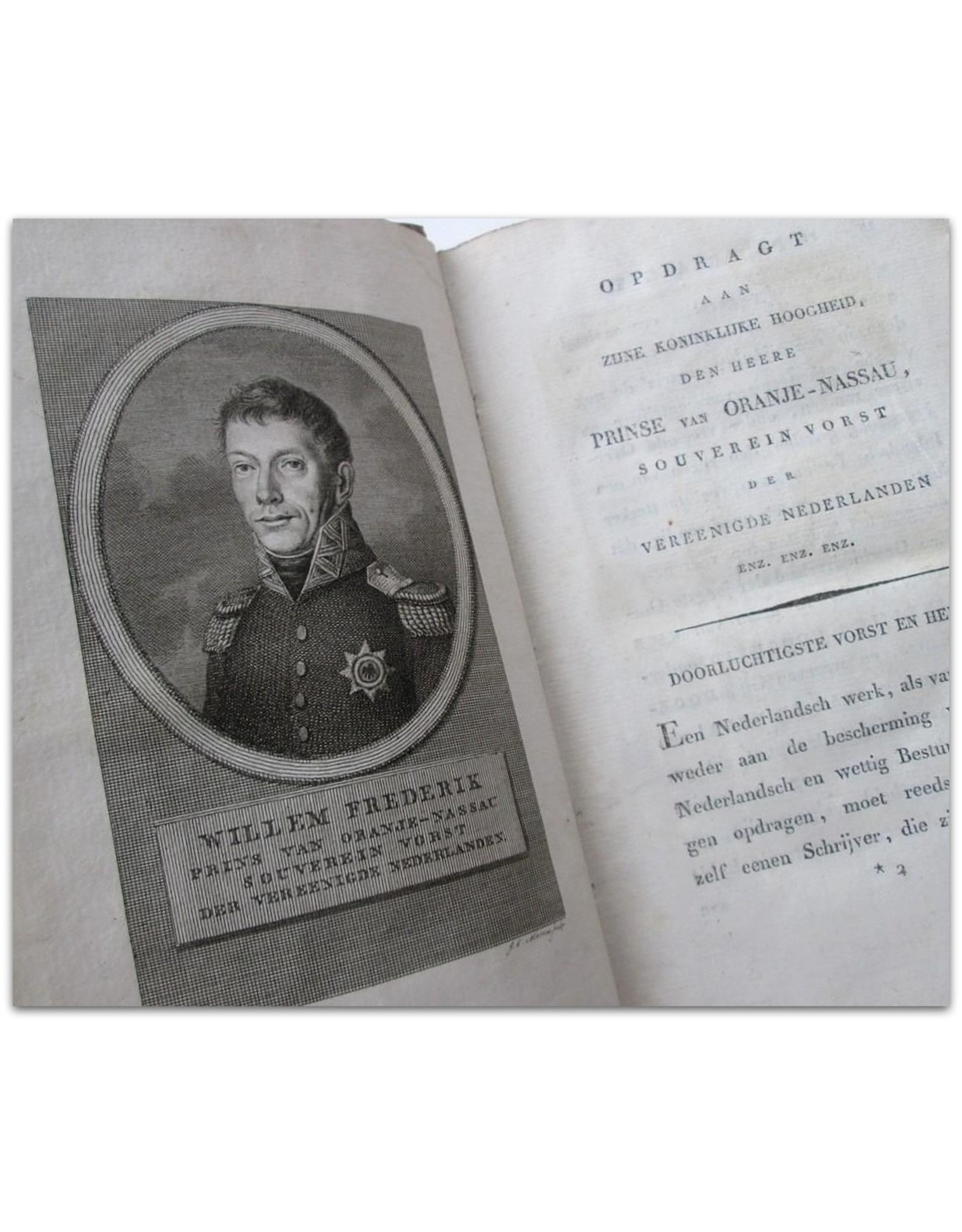 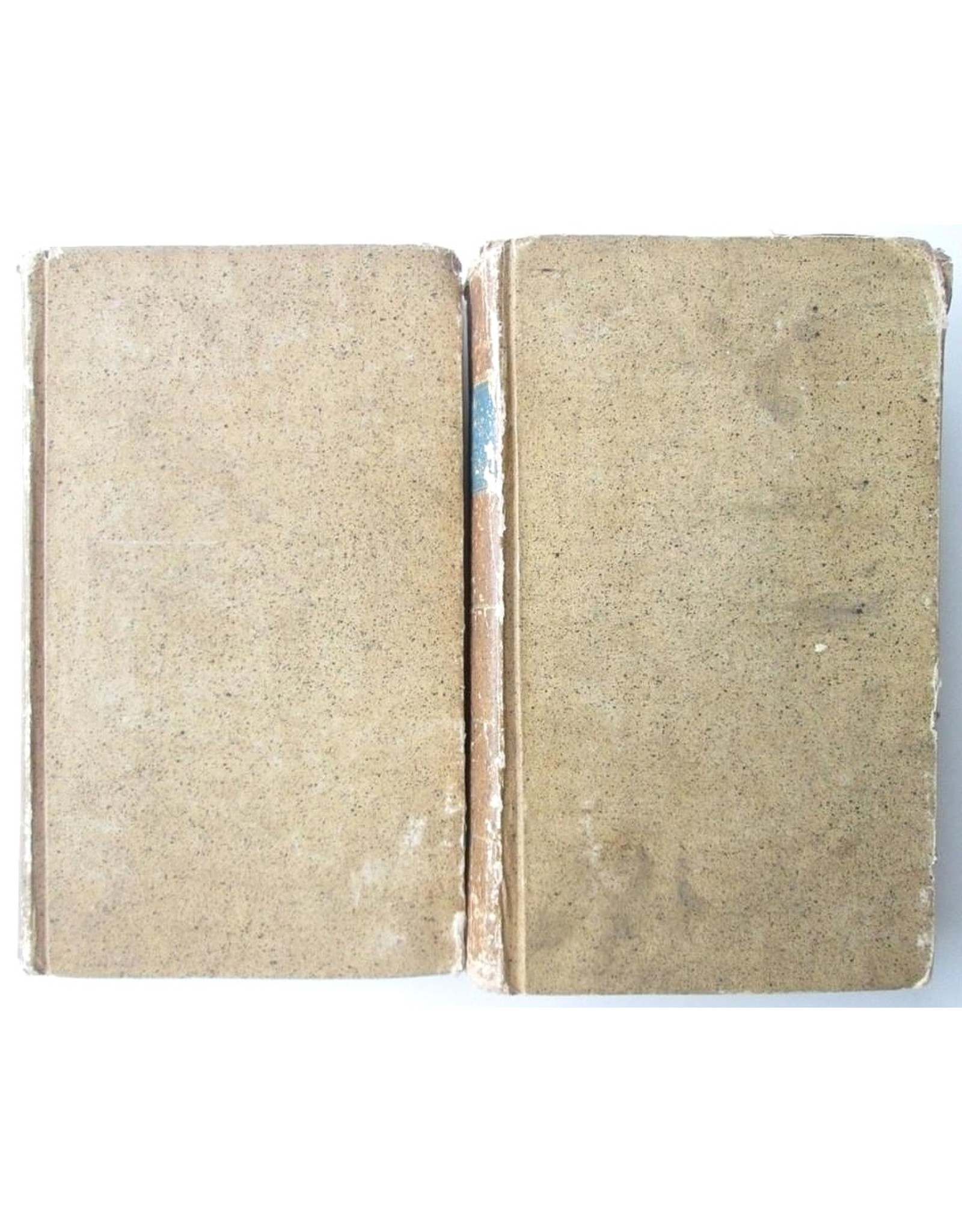 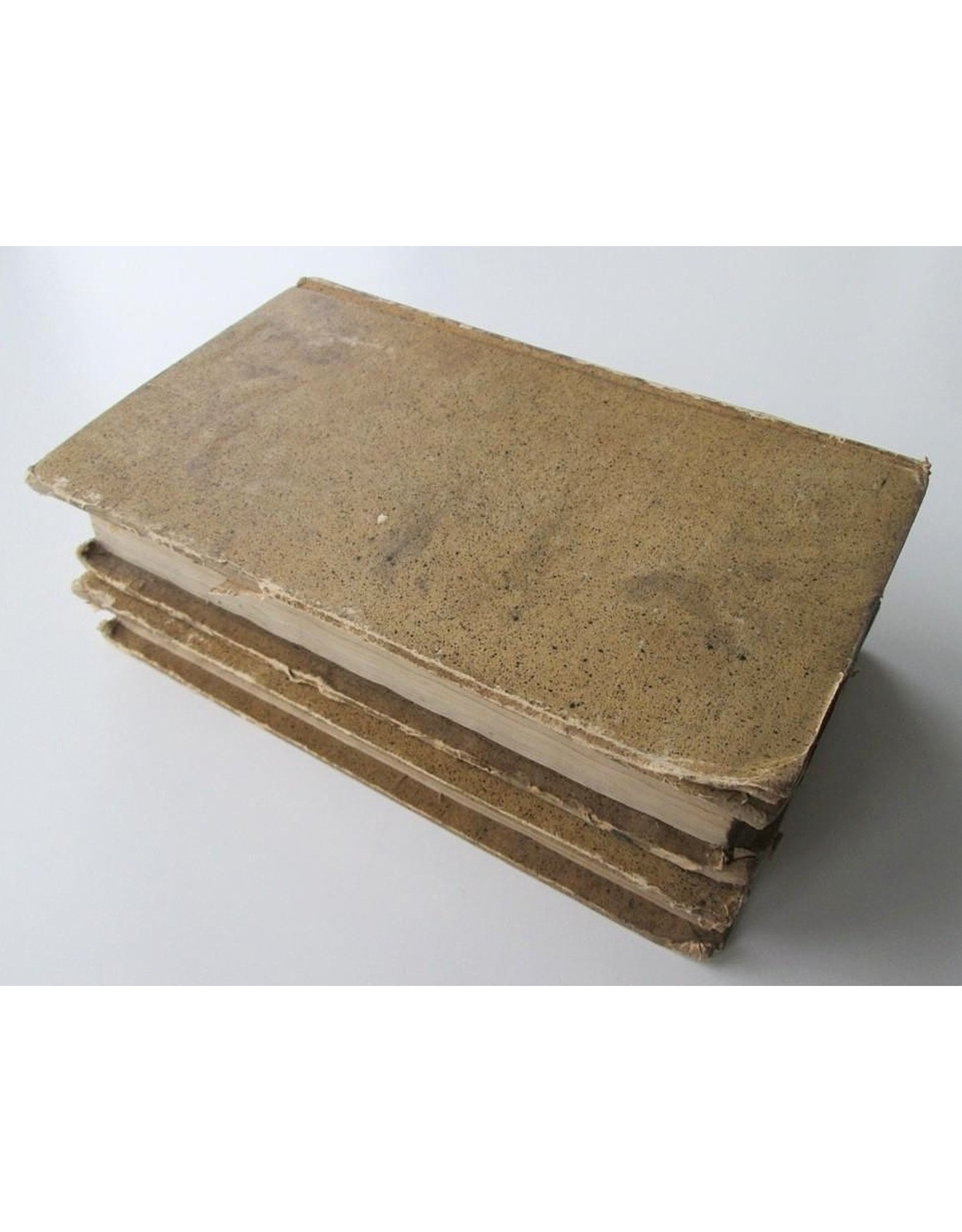 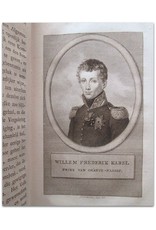 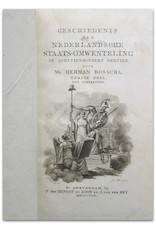 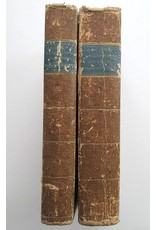 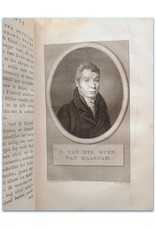 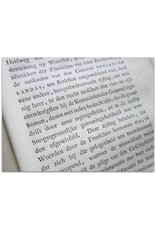 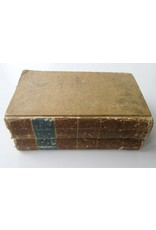 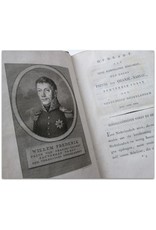 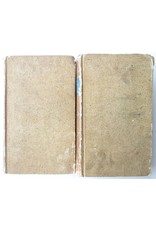 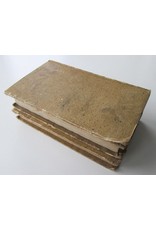 Contemporary account of the origins of the Kingdom of the Netherlands after Napoleon Bonaparte's failed campaign to Russia in 1812 and his defeat at the Battle of the Nations near Leipzig (1813). The 'Appendix' contains, among other things, representations of the French-language correspondence of Louis Napoleon and General Comte De Molitor. With in the second part a 'Bladwyzer'[Index] for the whole work'.

Illustrated with 2 title engravings and 11 copper engravings with portraits of Prince Willem Frederik of Orange Nassau (King Willem I), the Triumvirate 'Voorlopig Bewind' [Provisional Government] of 1813 (Gijsbert Karel van Hogendorp, Frans Adam van der Duyn van Maasdam and Leopold van Limburg Stirum) and a very young-looking Prince Frederick (1797-1881) who became Grand Master of the Dutch Order of Freemasons in the same year (1816) in which this portrait was made.

¶ Bound edition in two original cardboard book bindings with title vignette on the spines. This is the most important work of the Frisian historian Herman Bosscha (1755-1819). The NNBW calls this work a 'source of meaning', 'it is remarkable and appreciable that [Bosscha] had so many pieces available so soon after the events. However, not everything was used by him '[after all]:' as a semi-official historian he had to spare many of the highest position'. There is also criticism: "In connection with this, the form of its history is not pleasant and even messy."