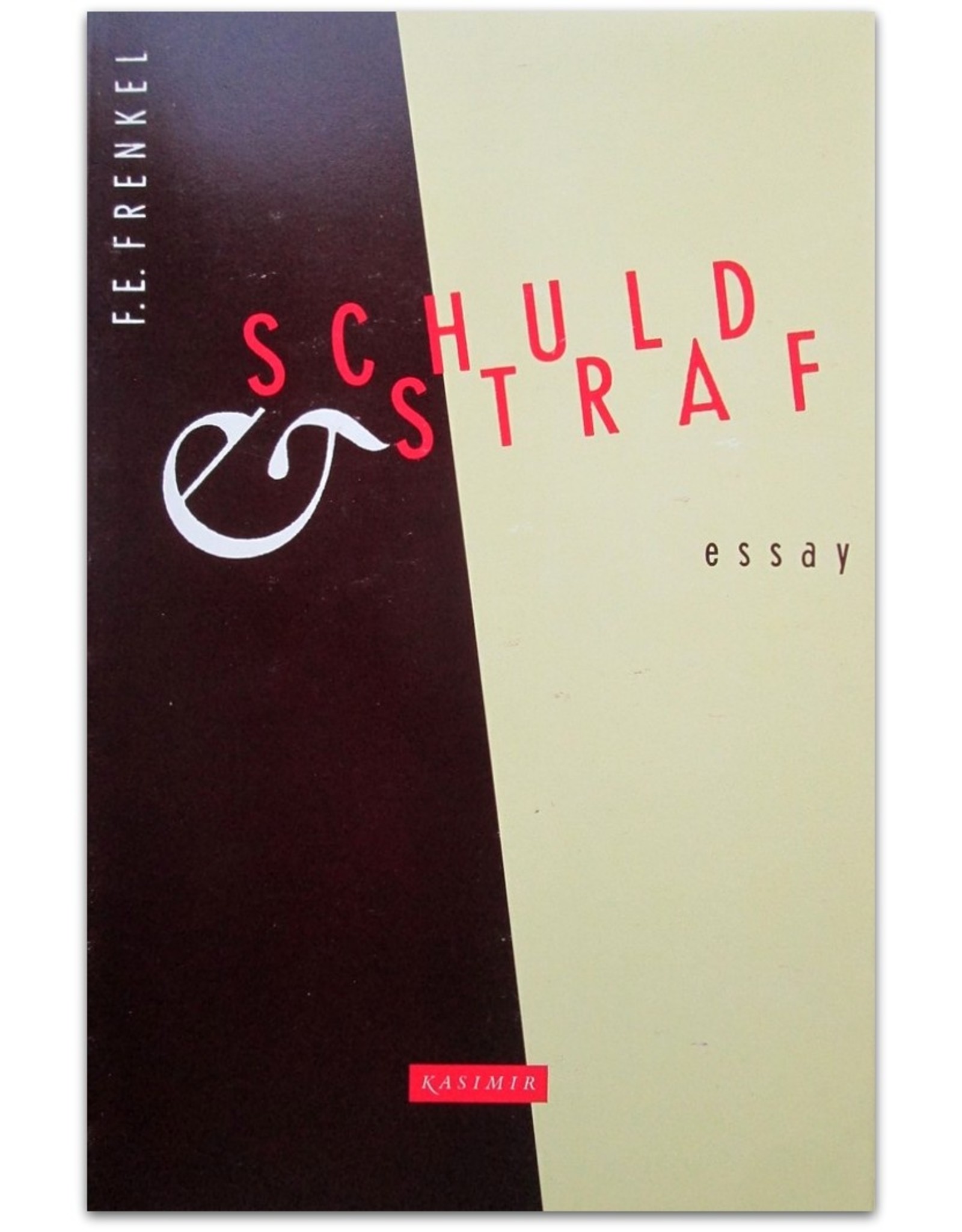 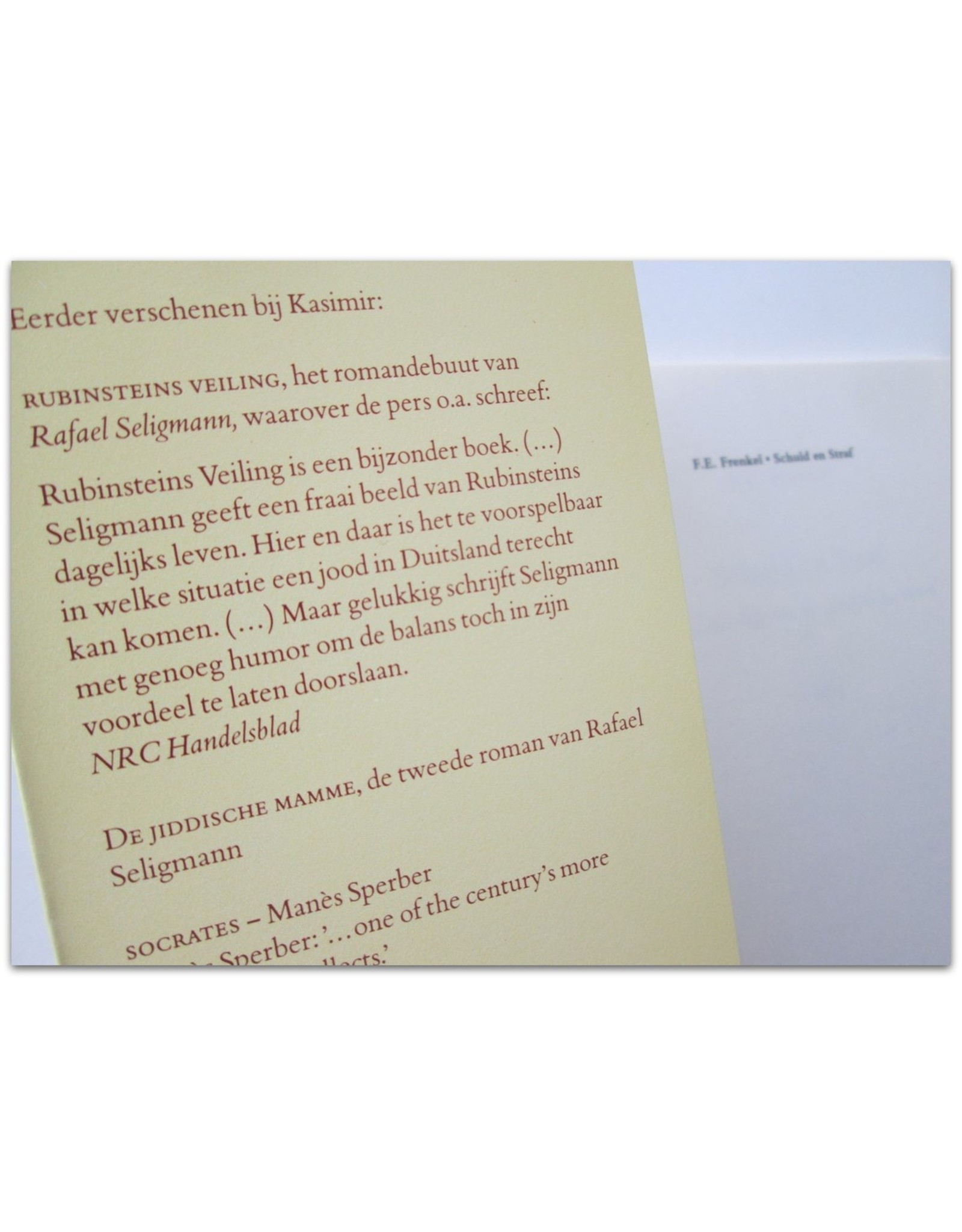 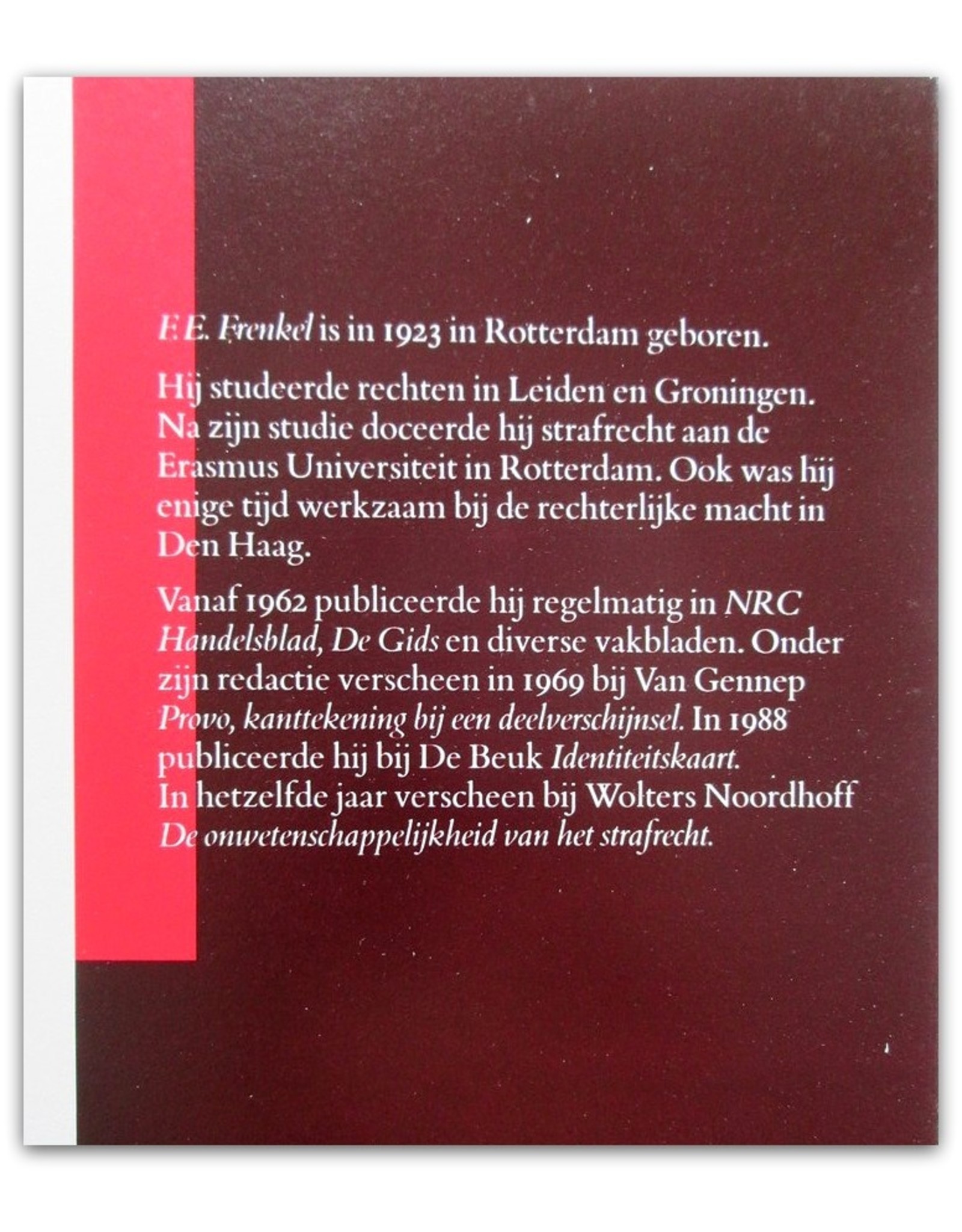 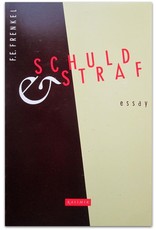 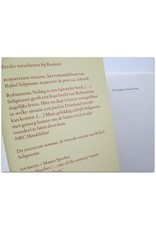 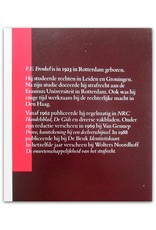 Legal-philosophical essay, typeset from Bembo and printed by Drukkerij Groenevelt in Landgraaf. The author, lawyer and criminal law teacher Frits Emanuel Frenkel (1923-2006) defended Simon Vinkenoog in 1964-1965 during his marijuana trial. In 1988 he obtained his PhD at the University of Amsterdam on “De onwetenschappelijkheid van het strafrecht” [= “The unscientificity of criminal law”].

¶ Kasimir was the publishing house of the young Arnon Grunberg (founded in 1989). Grunberg rented the basement at 89 Van Eeghenstraat in Amsterdam from Frenkel as its headquarters and to have a quiet place to work on his debut novel Blue Mondays (1994). Out of gratitude, he published this brochure (which, to Frenkel's regret, was "completely ignored"). On the blurb are advertisements for other books from Kasimir (also spelled Casimir), including titles yet to be published that were never realized.

Add your review
0 stars based on 0 reviews
Arnon Grunberg / Essays / Geesteswetenschappen / Strafrecht / Uitgeverij Kasimir
Add to wishlist / Add to comparison / Print
Please accept cookies to help us improve this website Is this OK? Yes No More on cookies »