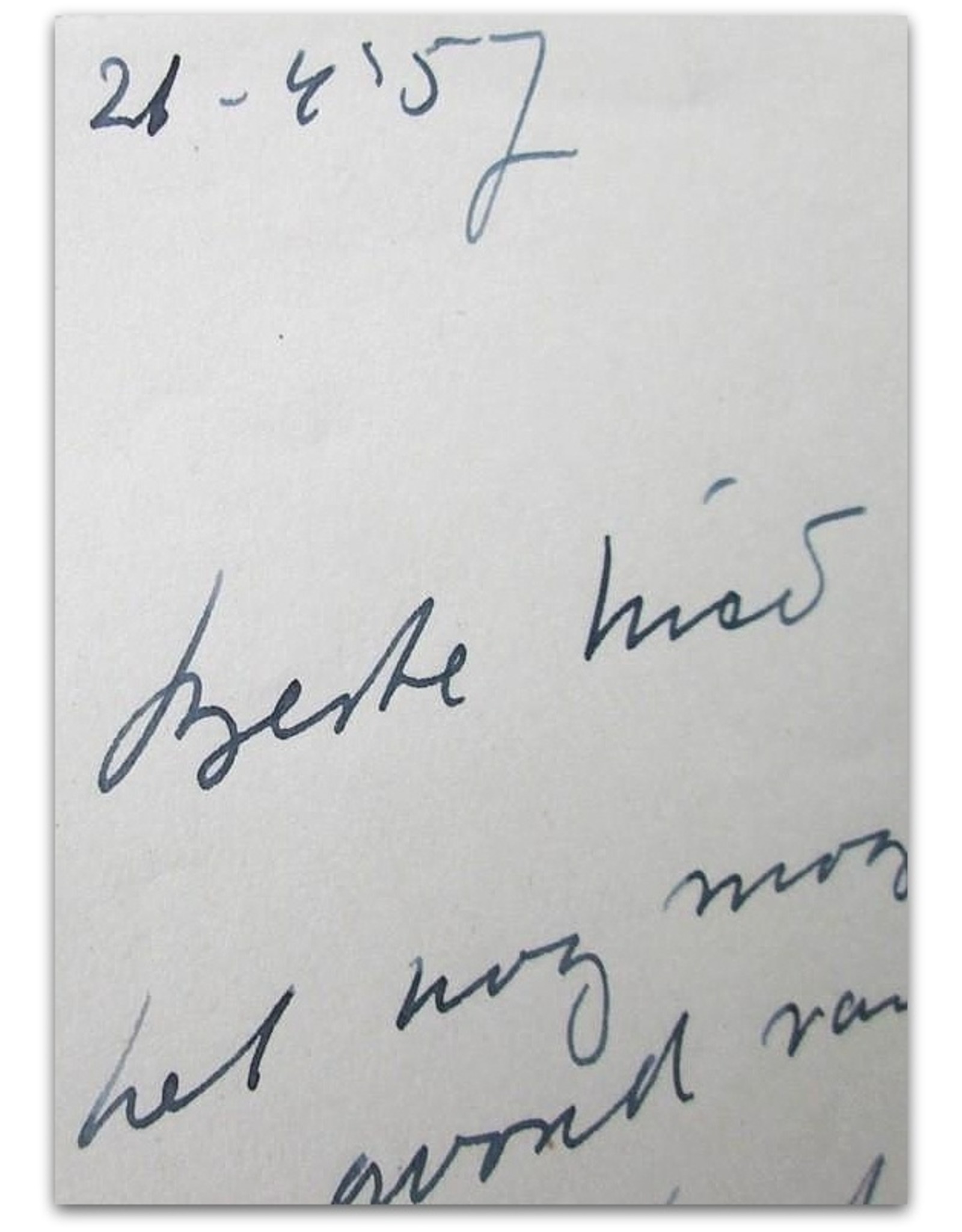 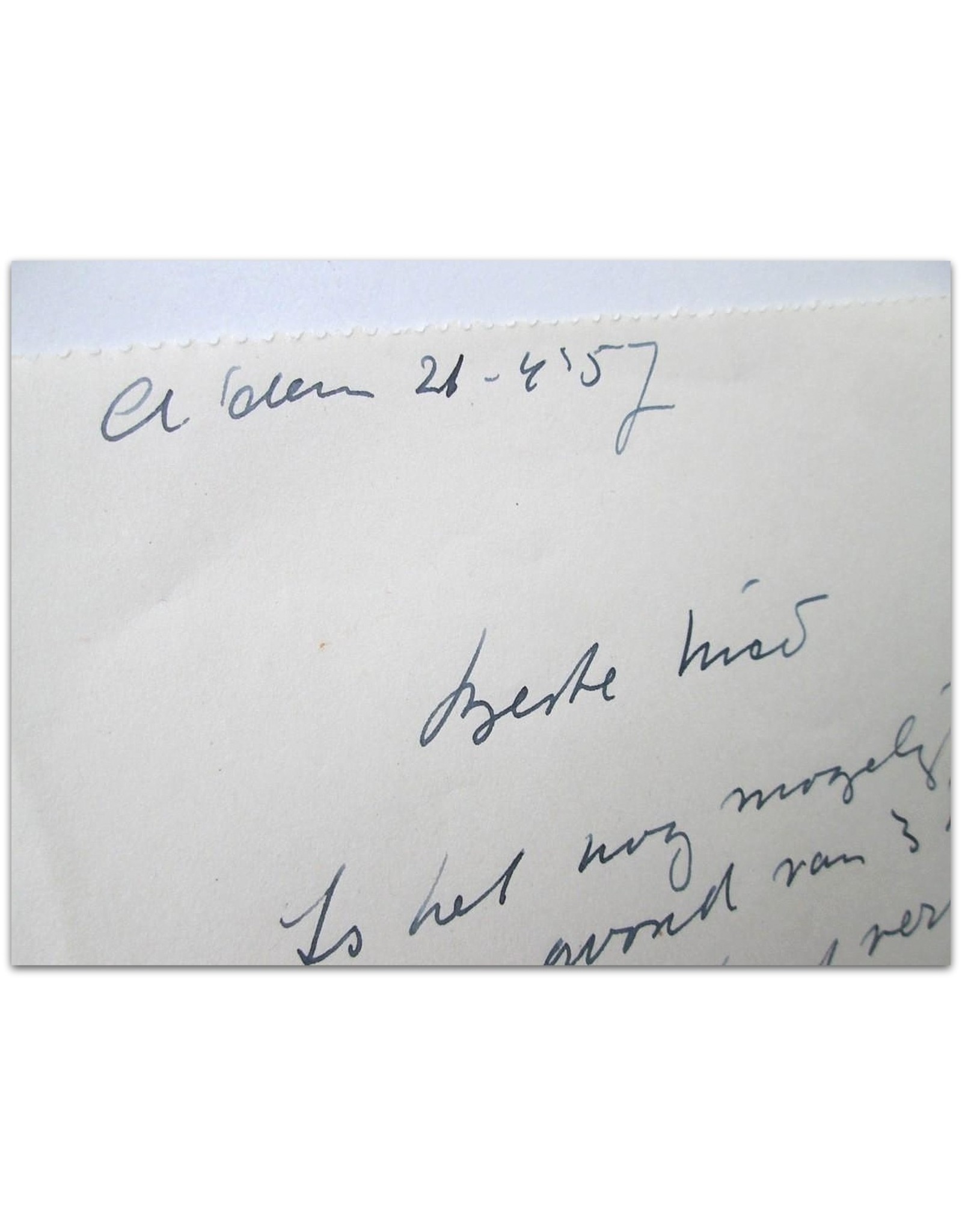 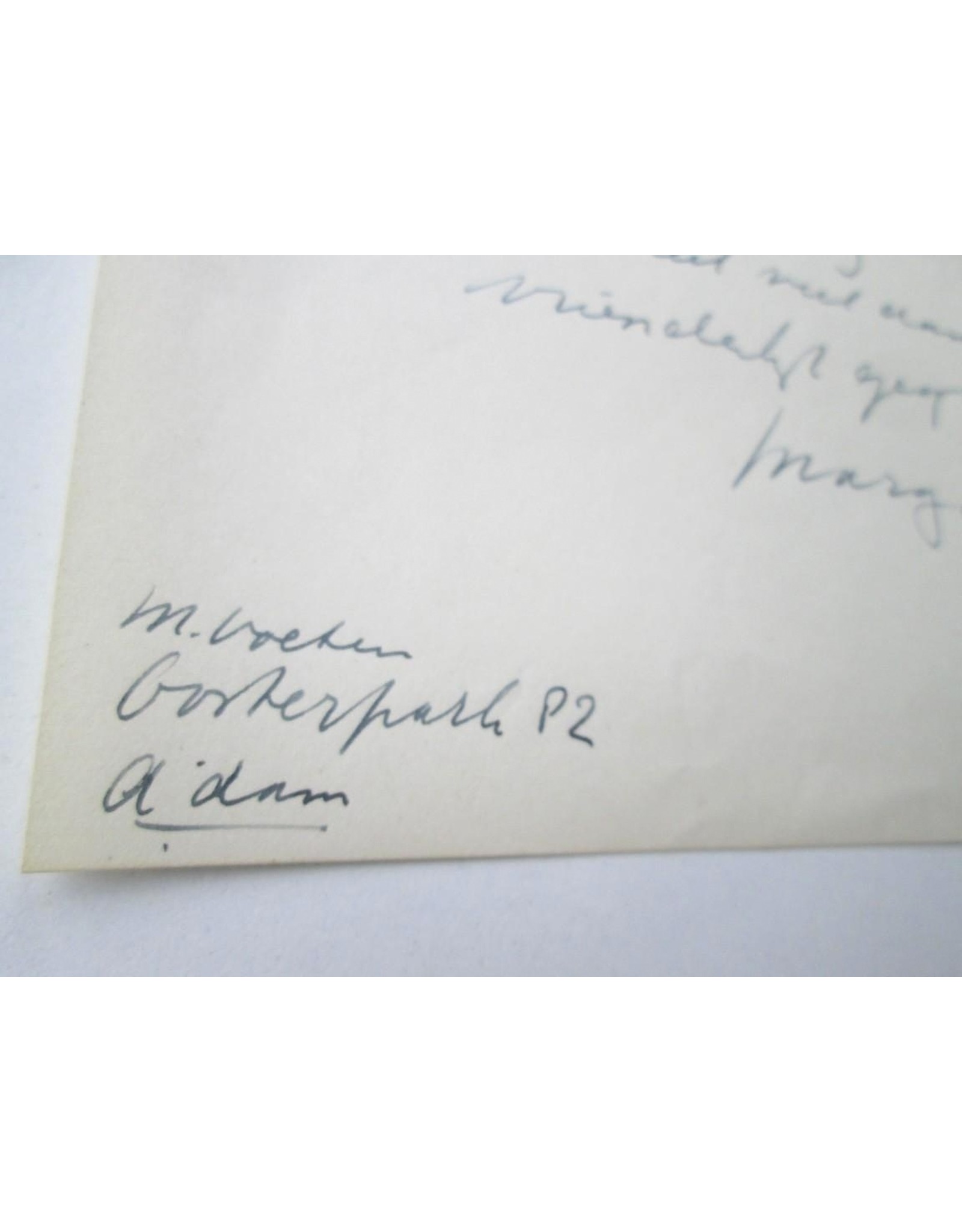 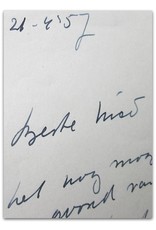 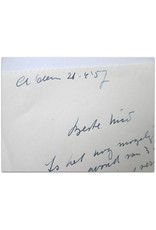 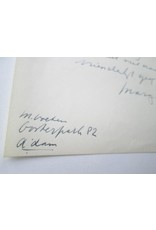 Handwritten note by Marga Minco (1920-), signed 'Marga' and at the bottom 'M. Voeten' (the surname of her husband, the poet Bert Voeten (1918-1992) and the Amsterdam address at Oosterpark.

¶ One notepad A5 sheet with 7 lines of text, addressed to Nico Wijnen, who organized an evening with Marga Minco on May 3, 1957. The almost-debuted writer asks if he would like to send an invitation for two people to Sieto Hoving in Amsterdam. Het bittere kruid (Bitter herbs) appeared in May 1957, after a pre-publication had been published a year earlier in Maatstaf magazine. 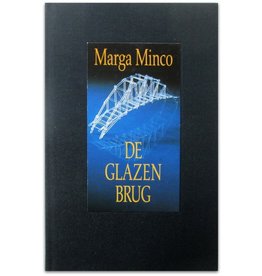 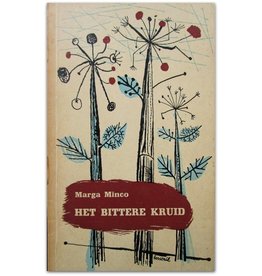 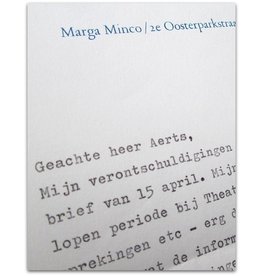 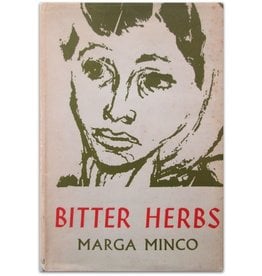 The second edition, SIGNED by the author during the 'Boekenweek' Bookmarket of Warehouse De Bijenkorf in 1958!
Add to cart
Marga Minco - Het bittere kruid - 1957
€55,00 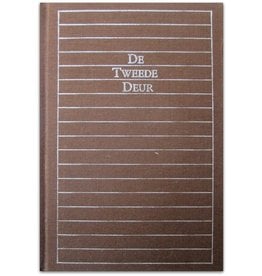 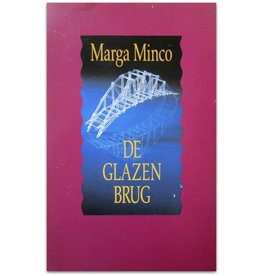